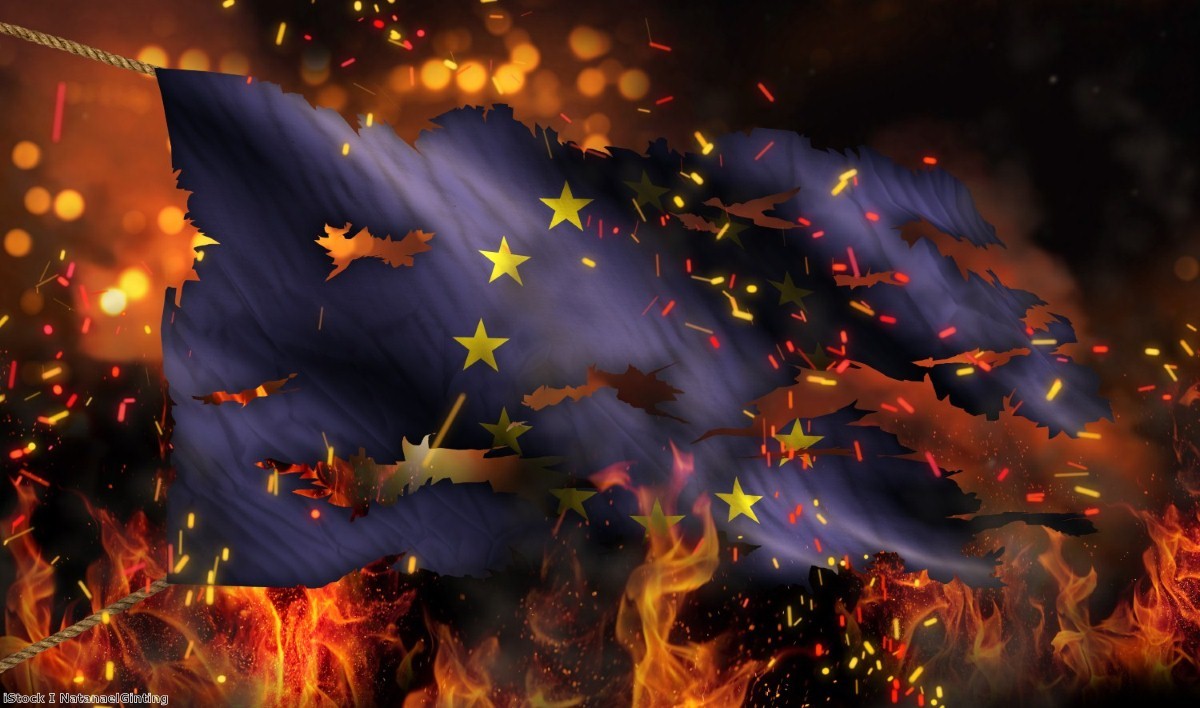 A new movement out of the ashes: What now for Remain?

The battle to keep the UK in the EU has been lost. For many of us, this has meant everything for the past four years. It's devastating. For the Brexiters though, it has only ever been one battle in a wider war. This war is on progress, on rights, and on liberal Enlightenment values. Leaving the EU was both an end in itself and a means to gain the power they needed to rebuild society and politics in their own populist image.

They're winning this war. Stopping their advance, and rolling it back, is the fight we now have to face.

A rejoin movement is tempting, but the reality is that a sea-change in attitudes will be required for the EU to have any interest in the UK as a member. That sea-change is not just a matter of whether or not more than 50% of the population want EU membership, but whether, by the time rejoin is an issue, the UK is still a country that shares Europe's values. At the moment, it does not. And its values are set to drift further away if the government gets its way.

The values on which the EU was founded are set out in Article 2 of the Lisbon Treaty.

"The Union is founded on the values of respect for human dignity, freedom, democracy, equality, the rule of law and respect for human rights, including the rights of persons belonging to minorities. These values are common to the Member States in a society in which pluralism, non-discrimination, tolerance, justice, solidarity and equality between women and men prevail."

We have seen the government’s lack of regard for human dignity time and again, from Windrush to Universal Credit, to the cruelty of disability assessments. We know that many ministers see human rights as an impediment to their will, rather than the basis for a functioning society.

The government went out of its way to move the 'level-playing-field' provisions on workers’ rights and non-discrimination from the binding withdrawal agreement to the non-binding political declaration. In the last few years we have witnessed attacks on the independence of the judiciary and the civil service, the whipping up of hatred towards foreigners and minorities, and a disregard for parliamentary democracy. The treatment of EU citizens in the UK has been atrocious and the UK's own citizens in Europe have been hung out to dry by their own government.

This is not a government that will, released from the framework of the EU, protect rights and promote European values. Quite the opposite.

So the movement to rejoin is the movement to protect rights. It must move attitudes from the closed, authoritarian, intolerant, anti-truth, fear-and-hate narrative that Brexiters have promoted. Without that, the UK – particularly without the progressive influence of Scotland, which must now surely go its own way – can never be fit for the purpose of rejoining the European project.

Remain is, as a movement, in a position to lead this. We have cross-party, mass-membership organisations. We have committed grassroots activists, social media networks, and a formidable network of politically engaged people committed specifically and actively to European values.

We also have a chance to learn lessons from our lost battle. A key one is that the political parties cannot be relied upon to do this themselves. In hindsight, we could never have won without cooperation between opposition parties, and, unbeknownst to us, that was never going to happen. Assuming it magically will happen in the future is to make the same mistake again.

How do we compensate for that? Individual organisations and groups of activists will be fighting to defend rights and equalities in each of the individual areas where they're under attack, but each is unlikely to be big enough on its own to stem the tide. We therefore need to marshall our activists and organisations to work in parallel, to coordinate and support each other on each issue.

The best idea I've seen for this is Dan Sohenge's recently-launched Stand For All. It aims to pool expertise, strategy and messaging for all organisations and individuals standing up for rights, equality and the vulnerable. Tribalism and egos will only undermine this fight. Cooperation and coordination can only help it. A network of solidarity and pooled resources, where one group's fight becomes that of the others, is essential to a proper defence against the government.

These will be a series of short-to-medium-term policy fights, but we also need a way to defend the wider values we've been fighting for in our battle to remain in the EU. We need to move beyond those who are particularly interested in the EU. For rejoiners, this is the long-term proxy-battle that must be won first for rejoining to be anything but a pipe-dream.

The fight we face is along a new political axis that is open vs closed, progressive vs regressive, rights vs anti-rights, equality vs anti-equality, internationalist vs xenophobic, tolerant vs intolerant. Parties are not fit for purpose to fight in a unified way on that new axis. So we have to do it.

We need Remain and its organisations to turn itself into a mass-membership, cross-party organisation in pursuit of fundamental European values. Organisations like the European Movement have already been doing this for years. All of us in Remain have already been doing this under an anti-Brexit banner, whether we realised it or not. This now must be done in a focussed way. It should not take place under an EU flag that harks back to a battle lost. This has to be a new movement growing out of ashes, not an old one with a different name.

Parties cannot do this themselves, but there are members of all of the major parties – yes, even the Conservatives – who have a fundamental belief in these values, even if they disagree on what implementing them looks like.

This should not be an anti-party movement, but a meta-party. Membership would hopefully be based initially on the existing cross-party memberships of Remain organisations. New members should be encouraged from all parties and none, and it should work to send its message back to all parties or organisations that members come from. It should look to promote, explain, convince and extol European Enlightenment values as an alternative to the hate, fear and spite pursued by those in power.

I can't propose who should bring this together, but it is startlingly obvious that it should be driven by those who have been out in the streets, at meetings, and on social media, extolling these values for the last four years – and not those political strategists who have spent those years too scared to positively extol European values lest it score badly in their focus groups.

Its aim, our aim, must be the sea-change in attitudes that is necessary for rejoining the European project to be a plausible possibility. These two fights – to protect rights, and to revive these values – aren't an alternative to a campaign to rejoin. They are the first and necessary steps in it. Nobody's coming to save us here. We have to do it ourselves.

Steve Bullock is a pro-EU campaigner and commentator who has worked in the European Commission and European parliament, and as a negotiator for the UK in the EU. He tweets on politics, the EU and music as @guitarmoog.