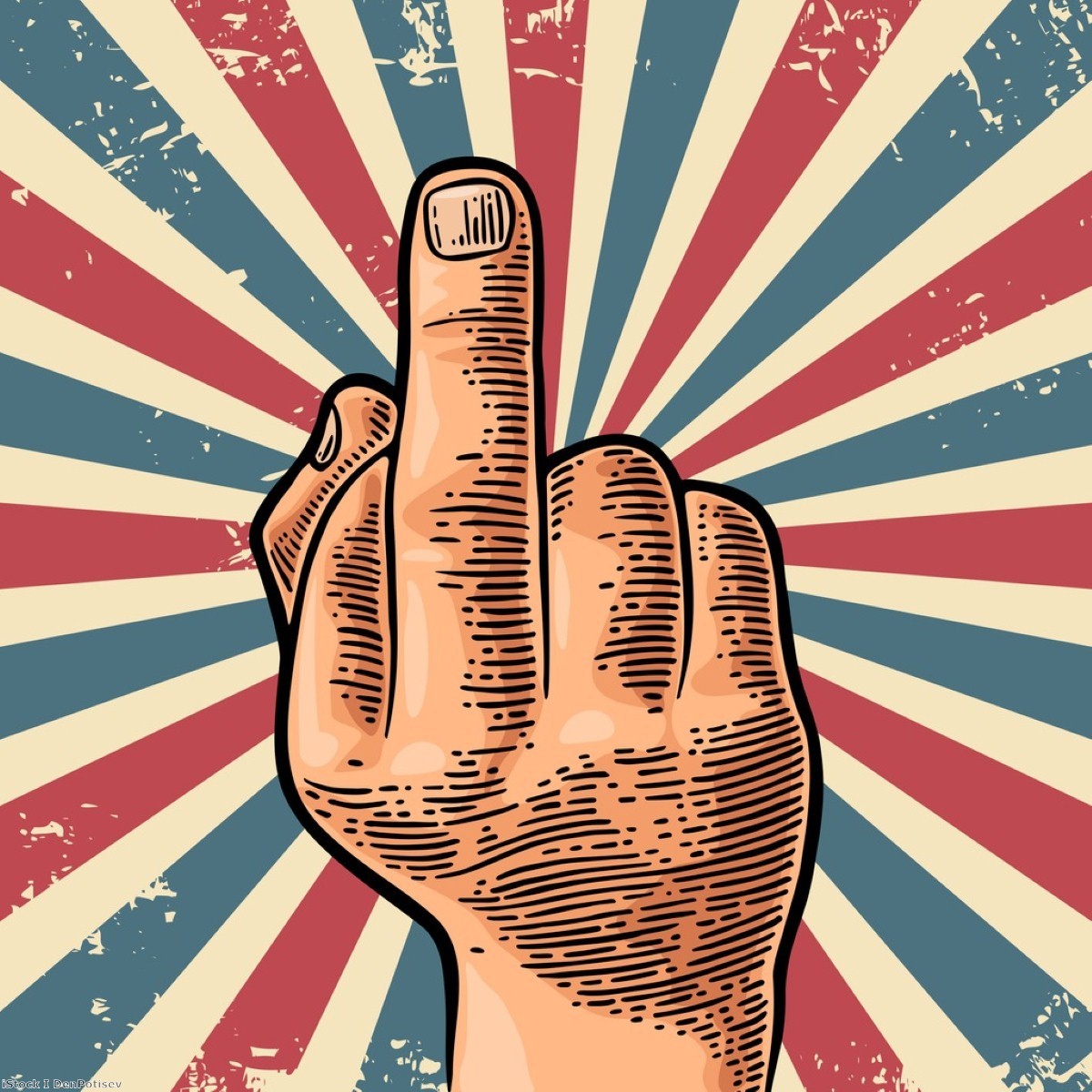 The great Brexit ‘up yours’: How three decades of euroscepticism made the UK go full tabloid

Friday November 1st will be, if the government has its way, the UK's first day as a former member state of the EU. It will also be exactly 29 years to the day that The Sun newspaper published its infamous "Up yours Delors" front page.

Jacques Delors, younger readers may need reminding, was at the time president of the European Commission and regularly portrayed as a bogeyman for eurosceptics. The Sun's front page listed some of the appalling crimes Delors, the EU and especially the French had apparently committed.

They had "flooded our country with dodgy food", the paper said. They wanted to replace the pound with the faceless Ecu" (look it up), and had "banned British beef after falsely claiming it had mad cow disease". At the time British beef did contain mad cow disease, but never mind that. Worse, the French "gave in to the Nazis during the Second World War when we stood firm". And you wondered, perhaps, where Farageism came from.

Delors had got under the sceptics' skin because he had been moderate in tone and also pretty effective. The British left, long the home to as much euroscepticism as the right, had fallen for 'Frère Jacques' after an appearance at the TUC in 1988, where he had discussed the benefits for working people of a "social Europe". Ron Todd, general secretary of the Transport and General Workers Union, the forerunner to Unite, declared that, with the Tories in power, Brussels was now "the only game in town" as far as his members were concerned. Those were the days.

The Sun's headline writer had tapped into a traditional British – or perhaps English – instinct to cock a snook at authority and defy the boss class. 'Up yours' is a classic response.

The opening sequence of the 1959 film 'I'm All Right Jack' is set on VE day in 1945, with crowds celebrating the end of the war. But Churchill's celebratory words are greeted with a triumphant V sign – not for victory- from a drunken squaddie who had climbed up a lamp-post. That V sign reflected the response of voters in the general election of that summer, in which Churchill was dumped out of office after a Labour landslide.

The 52% who voted leave in the June 2016 referendum were saying several things, but perhaps loudest of all they were saying, in the spirit of that Sun headline, 'up yours' – up yours to David Cameron and George Osborne, in whom they no longer believed, up yours to the idea of collaboration and compromise with Europe, and up yours to the governing class in general, which they saw as isolated, complacent and out of touch.

Voters had moved from grudging compliance with the idea of membership of the EU to outright rebellion. That spirit of rebellion now leads many to say that they welcome a no-deal exit, even if it proves to be chaotic and damaging. It is a post-rational world.

A former Sun editor David Yelland tweeted recently:"Britain is at peak tabloid. We have a tabloid prime minister rolling out tabloid policies for tabloid editors."

Pro-Europeans did not see this coming. We should have taken the threat of Brexit more seriously. We could not or did not want to believe that offensive arguments and xenophobia would help get the Leave campaign over the line.

On November 1st 2015, Tony Parsons wrote in The Sun in praise of the original 'up yours Delors' headline. He predicted a big win for Leave, largely because of the issue of immigration. "There are Syrian refugees taking a dump in the edelweiss in peaceful German towns turned into refugee camps overnight," he wrote. Instead of effectively combating this sort of disgusting propaganda, Remainers averted their gaze and failed to engage.

The frustration and despair is intense. But it does not help when Remainers succumb to the temptation to offer a retaliatory up yours to Leavers.  When Prof Brian Cox tweeted the other day about the "idiots" who didn't understand the threat to science from Brexit he fell into that trap.

"How about you shut up and listen, just for once, to people who know more than you about something," he wrote, in an echo of the unsuccessful Remain campaign. Prof Cox was saying 'up yours' to the people, which cannot be the answer. You can't beat up yours with up yours.

In Edward Albee’s 1962 play 'Who's Afraid of Virginia Woolf?', two academics, George and his new young colleague Nick, get into a row about ambition and how to play the politics at work. Exasperated at being patronised and second-guessed, Nick explodes with the words "up yours". And this gets George thinking. He replies:

"You take the trouble to construct a civilisation…to…to build a society, based on the principles of…of principle…you endeavour to make communicable sense out of natural order, morality out of the unnatural disorder of man's mind…you make government and art, and realise that they are, must be, both the same…you bring things to the saddest of all points…to the point where there is something to lose…then all at once, through the music, through all the sensible sounds of men building, attempting, comes the Dies Irae. And what is it? What does the trumpet sound? Up yours. I suppose there's justice to it, after all the years…Up yours."

And Monsieur Delors…? He is still with us, aged 94. And almost seven years ago, in December 2012, he gave an interview to the German newspaper the Handelsblatt in which he calmly set out how the UK could still work closely with the EU even if it was no longer a full member.

"If the British cannot support the trend towards more integration in Europe, we can nevertheless remain friends, but on a different basis," he said. "I could imagine a form such as a European economic area or a free-trade agreement."

Stefan Stern is a journalist and author. He is a regular contributor to The Guardian and the Financial Times. His latest book "How To Be A Better Leader" was published in March this year.