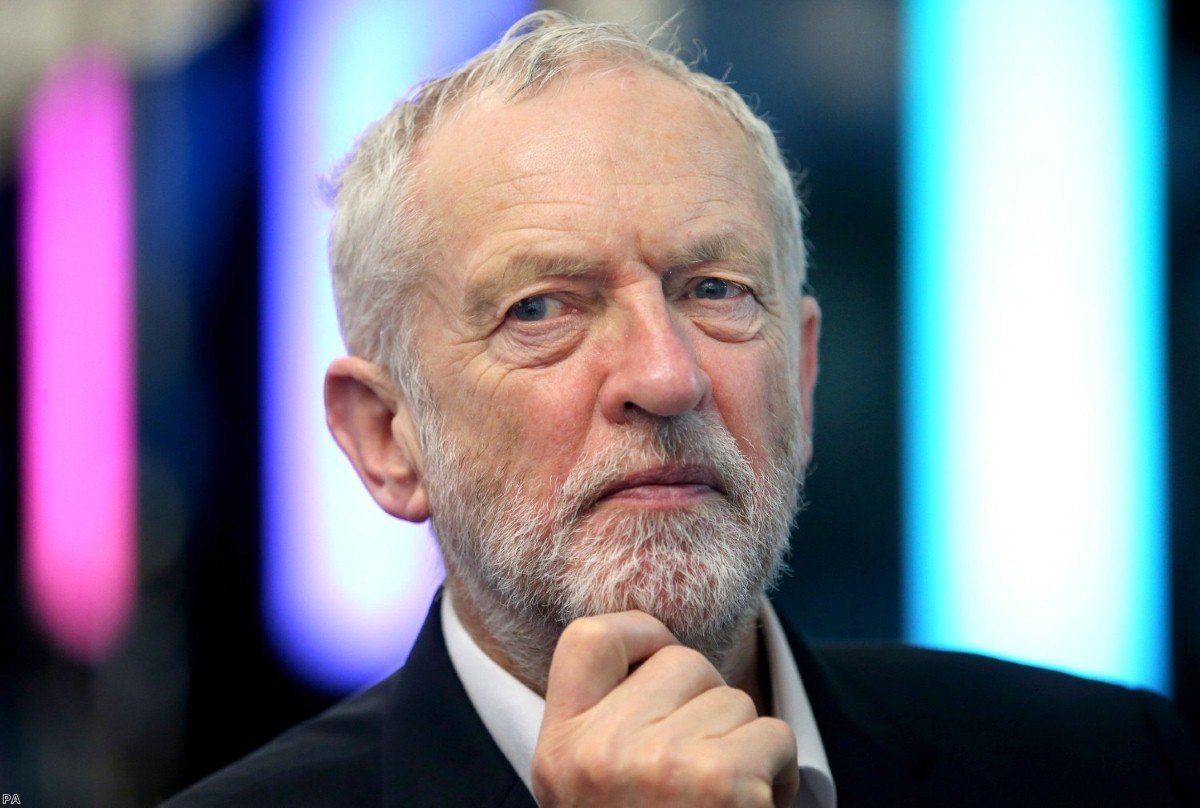 A proposal for the centre-left: stop dreaming of a new party and think about how you’ll work with Corbyn

If you want to try to shape British politics, where should you focus your energy or your money?

For many of the traditional supporters of either major party, that question is not all that clear. Despite having only been in power for two years, Theresa May's government feels like it's in the exhausted 26th mile of a marathon, capable at most of reaching the finish line in the near future.

For some, Jeremy Corbyn's Labour is a vessel of hope unlike anything else for decades – but for others in the movement, it seems divided and divisive, as well as backwards-looking in terms of its policy. And despite the weaknesses of their rivals, the Liberal Democrats remain a political irrelevance, with virtually no prospect of imminent resurgence.

There are many people who are unhappy with this status quo, particularly those on the centre-left and centre-right, alienated by Corbynism on the one hand and Brexit on the other. They've been finding other outlets for their funding.

On the right, new think tanks are emerging, in a bid to shape the future of their party in the likely event of a new leader emerging over the next 18 months. The most prominent is Onward, set up by former No.10 advisors with financial backing from donors close to David Cameron.

Elsewhere, financial efforts have focused on scoping the grounds for the creation of a largely unwanted and almost certainly doomed new centrist party, or throwing money at anti-Brexit organisations who seem largely clueless on how to actually change minds or achieve their goals.

Many of these efforts are fuelled more by desperation than hope. With politics dominated by Brexit and the leaderships of both parties being largely insular, neither party feels particularly open to new ideas coming from outside. But perhaps it's in accepting this fact that we can see the best way to push for change.

Here is a proposal to the centre-left: Start thinking about how you can find a middle ground between Corbyn's views and that of the broader progressive movement.

The first step is to accept that, barring major shocks, Corbyn is here to stay. Even if he did step down as leader for whatever reason, the successor would very likely come from his wing of the party. Those looking to suggest policies or plans for a future Labour government should keep this fact front and central: the policies should appeal to Corbyn and his supporters.

That doesn't mean there's no space for ideas, though. The Corbynite movement is bigger on campaigning than it is on detailed policy-making. Momentum may have an impressive and active membership, but it is a campaign and pressure group more than it is a policy shop. That leaves a gap.

The second key step is to realise that even if we think Corbyn is likely to be the country's next prime minister, he is unlikely to do that with a heavy majority. Even among the utter chaos of May's government, Labour rarely polls more than two or three points ahead of the Conservatives and is often behind. If Labour forms the next government, the best it could realistically hope for would be a wafer-thin majority, or, more likely, a minority government propped up by the SNP and Liberal Democrats.

It is against the interests of all three parties to acknowledge this fact, and we can expect to see endless pledges that they would not work together or form coalitions, and they certainly would never openly talk about aligning their policy platforms.

But there's nothing to prevent those of us outside of the machinery of the parties doing that. Labour's 2017 manifesto was full of policy ideas which proved popular with the electorate but lacked any real detail on how they could be done – a forgivable lapse given the haste with which it had to be put together.

That makes it an excellent menu for a savvy think-tank or policy unit to pick from: what policies on that manifesto could be adapted to make them palatable to anti-Corbyn Labour MPs, as well as those in the SNP and/or Liberal Democrats, so that they would happily vote it through?

For instance, many would blanche – rightly – at John McDonnell's suggestion of nationalising companies without giving shareholders the compensation to which they would be legally entitled. But a proposal for, say, rail renationalisation based around waiting for franchises to expire, or having a publicly-owned or mutualised bidder competing on fair terms for every new franchise, or any number of other variants could achieve many of the policy goals of Corbyn's Labour while working for other parties too.

There's room for this type of thinking across the Labour policy platform. Corbyn's party is one of opposition and campaigning. Without some compromise and careful thinking on implementation – or a huge majority – many such proposals simply will not survive the Commons and Lords.

Those on the centre-left would do well to spend their time producing worked-through proposals which genuinely deliver on some of Labour's goals but could appeal to other centre-left parties as well.

Instead, everyone seems distracted. Some try to deny political reality, others face the endless and depressing time-suck of Brexit. If this work is being done, it's being kept very quiet.

But if we want to put forth some good, left-wing ideas to improve the country, surely this is a better place to put our money and our brains than yet more half-baked schemes for new parties. It's got to be worth a shot.