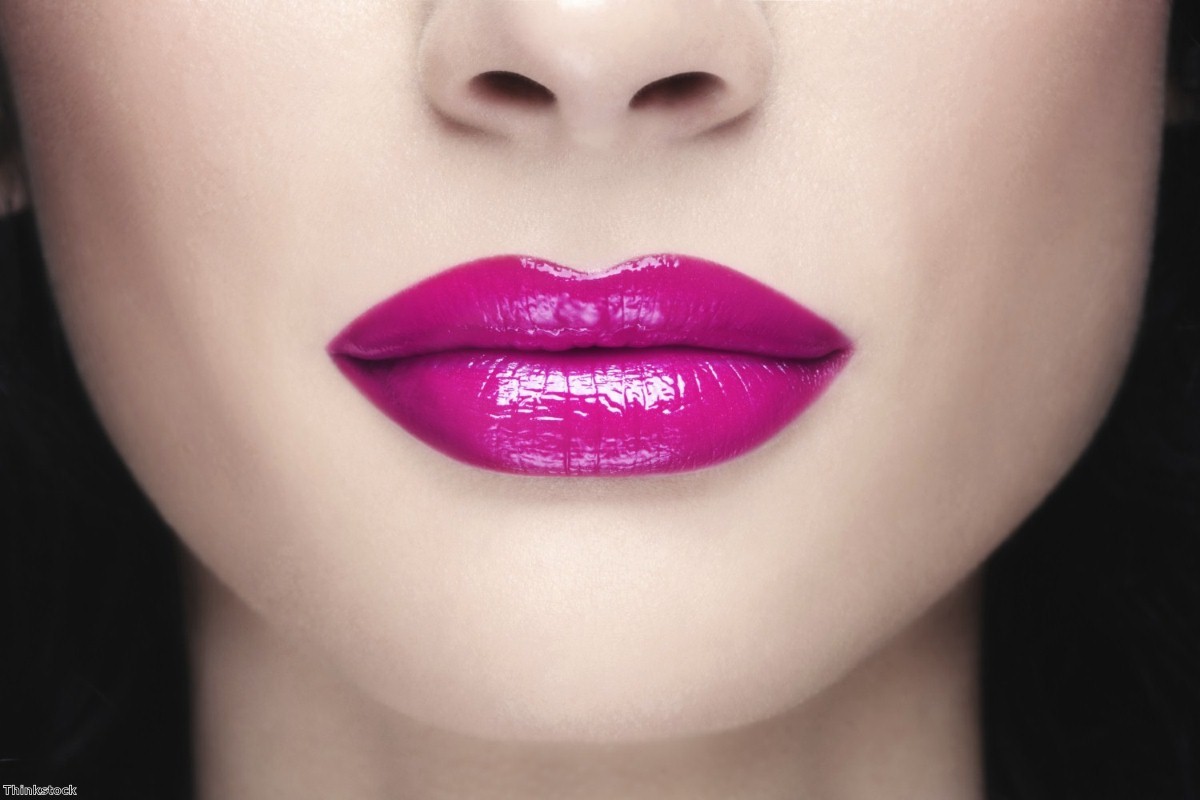 Comment: Sex workers rights are not up for debate

By Pandora Blake and Niki Adams

Last week the New Statesman organised a debate on "buying and selling sex" at Conway Hall, in collaboration with London Thinks. Here, Niki Adams of the English Collective of Prostitutes and Pandora Blake of the Sex Worker's Open University, who were both on the panel, address some of the accusations which emerged during the discussion.

Contrary to what chair Samira Ahmed seemed to feel, this debate was not about sex workers with different experiences trying to find common ground. It was not about propping up a flawed binary between 'happy hooker' and 'helpless victim' (categories that are both used to silence sex workers who speak up). And it wasn't a stimulating academic conversation exploring ideological difference. Sex work is a survival strategy used by real people. We are further marginalised and made vulnerable to violence when any aspect of sex work is criminalised.

The campaign to criminalise clients, and the industry devoted to 'rescuing' sex workers from their chosen source of income, is a moralistic crusade with financial and ideological connections to fundamentalist Christianity. Other exploitative jobs do not inspire the same abhorrence. Many of the organisations promoting the criminalisation of sex workers’ clients oppose gay marriage, sex outside marriage, and abortion. For example, the all-party parliamentary group on prostitution and the global sex trade, initiated by feminist politician Fiona Mactaggart MP, which in March 2014 recommended the criminalisation of clients, choose as its secretariat Care, a notorious Christian charity which sponsored conferences promising to convert gay people to heterosexuality.

During the debate, panelist Fiona Broadfoot showed her colours when she claimed that since clients were criminalised in Sweden, the country had become "less sexually deviant" because there was less prostitution. Are we really going back to the days when consenting sex between adults, in this case where payment is involved, is labelled deviant? What a dangerous precedent.

Sex workers in Sweden describe that they are now at greater risk of violence and abuse, and are struggling to make a living. In arguing for the criminalisation of sex workers or their clients, prohibitionists are policing consenting adult sex rather than addressing actual rape and violence.

Consenting sex is not a crime. If a woman is to be believed when she asserts that she did not consent to sex, it follows that she must be believed when she asserts that she did. Sex workers work hard to stay safe, building safety networks collectively where possible, yet risks are exacerbated when our work is criminalised. Under the Swedish model, police have refused to prosecute rapes reported by sex workers – and worse still, police themselves have abused the criminalisation of clients in Sweden to harass sex workers and subject them to verbal and physical assaults.

When sex workers are told that we do not know our own minds – as Broadfoot and Rebecca Mott asserted last Wednesday when they told us that true understanding is only possible after leaving sex work – it is infantilising, and it contradicts the most basic feminist principles of a woman's right to choose what she does with her own body. Sex workers are adults, many of us are mothers, choosing the best means available to us to feed and house ourselves and our children.  We are not – as Mott asserted – "less than human" just because we do sex work.

Claims that most sex workers are trafficked victims have been comprehensively discredited with the most recent figures showing that the percentage is less than six per cent — comparable to the agriculture and domestic work industries. But sensationalised reports about trafficking persist largely because they have become a convenient cover for increased police powers and immigration controls. Opposition to a new trafficking bill which just passed the US Senate highlighted that "its primary function is to allocate funds and special privileges to law enforcement and immigration control and to legitimise the adoption of new surveillance technologies, purportedly in order to combat child exploitation".

When the clients of sex workers are criminalised, negotiations are conducted in haste and workers have less time to screen them or negotiate condom use. If criminalisation results in a loss of business, workers have to lower their prices or offer additional services in order to make ends meet. Street workers are forced into more isolated areas and have less time to make a judgment about a client before getting into a vehicle. Filtering out law-abiding clients increases the risk of violence, and criminalisation amplifies social stigma and discrimination against sex workers – which is in turn linked to increased rates of violence and abuse. The Swedish model makes it less likely that clients will report violence that they witness against sex workers. It also results in sex workers being evicted from their homes, and in migrant workers (even legal EU migrants) being forcibly deported.

The Swedish model has not reduced the number of people doing sex work. It has only put them at greater risk. Those who championed the model in Sweden not only admit that this is the case,  but freely declare that making sex work more stigmatised and risky is part of their agenda. A 2012 paper for the Program on Human Trafficking and Forced Labour by Ann Jordan, examining the Swedish government's Skarhed report on the criminalisation of clients, found that:

"Sex workers report that criminalisation of clients in Sweden has reinforced and increased the social stigma about prostitution."

The report found that the negative effects of stigma due to the law "must be viewed as positive from the perspective that the purpose of the law is indeed to combat prostitution". In other words, the many harms of social stigma are, in fact, a positive outcome of the law because stigma may push women into other forms of work. The idea is apparently that if they make it more dangerous, people will eventually stop doing it.

Broadfoot accused sex workers on the panel of promoting violence against women — an indefensible slur. When the conviction rate for reported rape is still an abysmal 6.7%, blaming women for the violence inflicted upon us lets the authorities off the hook when they refuse to effectively investigate and prosecute these crimes.

Criminalisation of clients in Scandinavia and Canada has decreased sex worker’s control over transactions, increased their risk of HIV and other STIs, and reduced their access to healthcare and services. The World Health Organization (WHO), the United Nations Populations Fund (UNFPA), the Joint United Nations Programme on HIV/AIDS (UNAIDS) and the Global Network of Sex Workers Projects (NSWP) agree that penalising laws around sex work are one of the greatest barriers to HIV prevention and treatment.

By contrast, in New Zealand sex work was decriminalised since 2003 on grounds of health and safety. A review committee which assessed the impact of decriminalisation after five years found that the number of people doing sex work had not increased. In recent years sex workers have successfully brought abusive managers and clients refusing to use a condom to justice and 90% of sex workers in New Zealand felt their legal rights were protected under the law. In the UK, organisations such as Women Against Rape, the Royal College of Nursing and Hampshire Women's Institute all agree that decriminalisation would improve the health and safety of sex workers.

Broadfoot attempted to discredit the concrete achievements of New Zealand’s decriminalisation by claiming jobcentres offer 'sex worker courses' to young people. On the contrary, the New Zealand government is committed to helping young people avoid or exit the sex industry, should they wish.

Chairing the debate, Samira Ahmed likened sex work to the veil, arguing that some women are forced to wear it as a form of societal abuse, and others freely choose it. Whether this is a legitimate comparison or not, Ahmed would never advocate criminalising the veil, or men who associate with veil-wearers. Surely she would object if police were rampaging through women's flats, handcuffing them on the ground, threatening to tell their families about their low moral standards, dragging women out onto the street in their underwear in front of TV cameras. Yet that is the reality for sex workers. Thousands of women are being caught up in arrests, raids and prosecutions for loitering and soliciting on the street or working together with a friend from premises. The silence from much of mainstream feminism about this is deafening.

But what is most striking about the vitriolic opposition to sex work is the lack of sympathy or understanding for the difficult 'choices' which the majority of women are faced with. Twenty-nine per cent of children in this country are living below the poverty line. That means their mothers are sick with worry about how to put the next meal on the table. One in four low-income mums are skipping meals to make sure they feed their kids. The Conservative government is talking about increased benefit cuts and sanctions which have already led to the deaths of too many people living with sickness, disability or in crippling poverty. British people are starving to death as a result of austerity. Police in Hull and Doncaster have acknowledged that benefit sanctions have directly led to an increase in the number of people doing sex work. If you care about freedom of choice, we need to confront the realities of austerity, and fight to reduce the number of people living in poverty.

Austerity complicates all our choices, and those choices become more complex for people experiencing multiple marginalisations. Women of colour on average earn only two thirds of the wages of white women, and many women and mothers of colour are forced to work three jobs in order to feed themselves and their families. If you do not like the choices some people make to survive, it is usually better to give them more options, not fewer.

Every worker in this society is for sale and sometimes prostitution can be a more straightforward transaction. Virginia Woolf knew this when she condemned the professional 'brain prostitutes':

"But to sell a brain is worse than to sell a body for when the body seller has sold her momentary pleasure she takes good care that the matter shall end there. But when a brain seller has sold her brain, its anaemic, vicious and diseased progeny are let loose upon the world to infect and corrupt and sow the seeds of disease in others."

It was at this point in the debate that the chair threw off her mantel of neutrality, interjecting that sex work is "not the same" as any other job. What exactly distinguishes sex work from the other activities which Ahmed finds acceptable? Every service industry props up class inequality and many women in service roles serve male customers — so it can't be about structural inequality and male entitlement. Nurses wipe the bums of their patients and massage therapists knead aching muscles, so it isn't physical intimacy, either. Distaste about sex work is not a sound basis for legislation when all the evidence shows criminalisation increases harm.