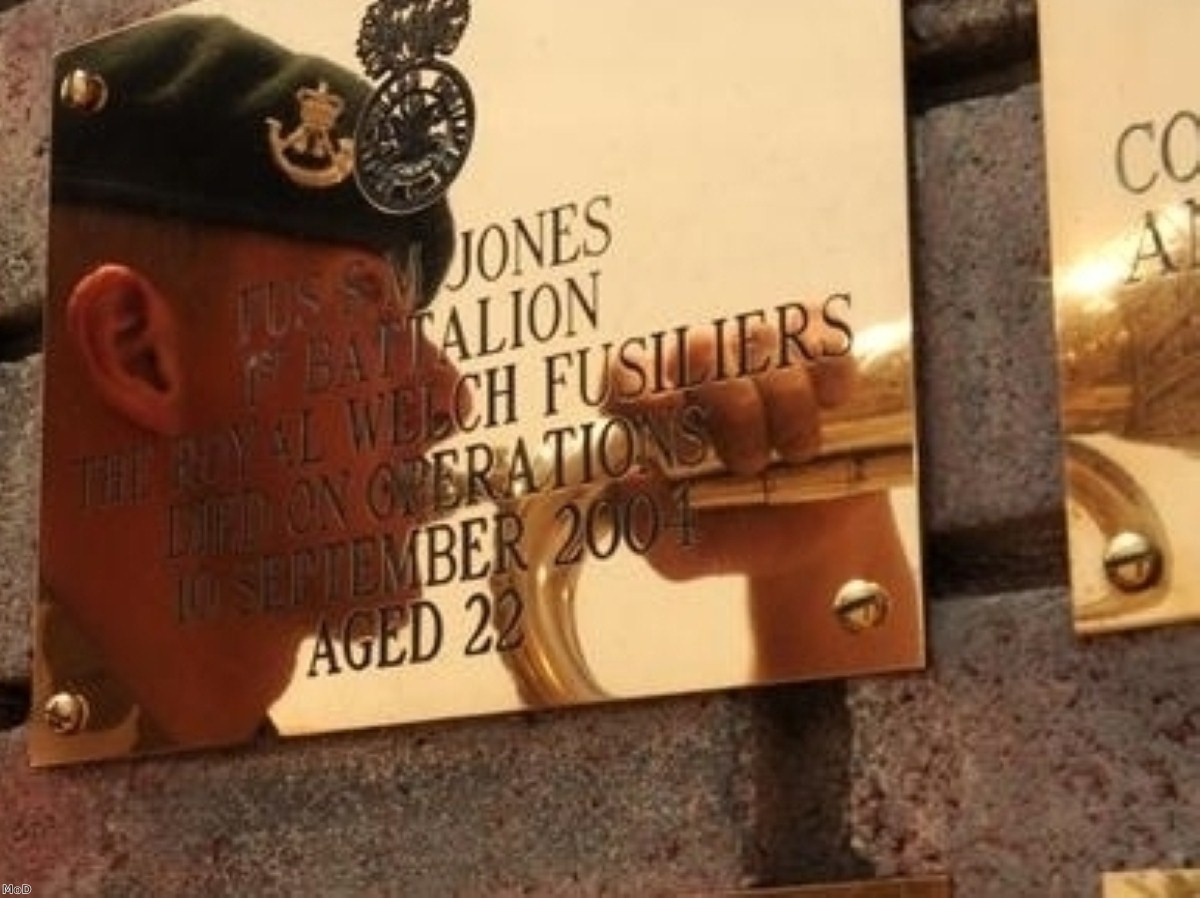 Week in Review: As Iraq descends into chaos, Cameron points at fish

To even his most ardent supporters, it must now be clear David Cameron's administration will not go down in history. The man himself is too lacking in conviction or foresight to be responsible for a period of significant change in British society. Cameron will be a footnote in history books, a Douglas-Home for the 21st century.

One of the repercussions of the prime minister's vacant approach to politics is Britain's declining international influence, as evidenced this week by his continued holiday while Iraq descended into chaos.

On a certain level, one can't blame him. He had his fingers historically burned last summer, when parliament was recalled to vote on intervention in Syria. Labour, which had shown every sign of supporting him until the very last minute, suddenly introduced an amendment which did not seem robust enough to justify its own existence. Cameron couldn't look Ed Miliband in the eyes afterwards and he's certain to this day that the Labour leader's foreign policy brief is composed of the most degenerate and base political strategy. He could be right. Certainly, Miliband has never bothered doing a single foreign policy speech to avail us of that assumption.

Cameron rose quickly – a little too quickly – out his seat. You could see the jitters in him. It was clear parliament did not want action, he said, and "the government will act accordingly". The next morning George Osborne told the Today programme: "I hope this doesn't become a moment when we turn our back on all of the world's problems."

And yet that is precisely what happened. It signalled the start of a new era in British foreign policy, one in which it gave up on its duties – not just to those it could help, but to those it was morally responsible for.

The evidence could be seen just before recess. Cameron could not do anything about William Hague wanting to step down but he could have been less cowardly in his choice of successor. Instead he opted for a Philip Hammond, mostly because he had a decent working relationship with the military top brass. Cameron had seen with his own eyes what can happen to a prime minister who had fallen out of favour with them during Gordon Brown's time in office.

But Hammond has several disadvantages as well. He is one of the most boring men in politics. He has no gravitas and little judgement. It was pitiful to see him stand next to Israeli prime minister Benjamin Netanyahu and pretend he was exerting pressure on him. Instead, Hammond adopted a far more pro-Israeli position on the Gaza operation than his predecessor would have done and sunk Britain's reputation in the Middle East further into the mud. Any foreign secretary who cannot bring himself to condemn the butchery of children is not worthy of the office.

He was criticised strenuously, without being named, by Baroness Warsi in her resignation letter. "William Hague was probably one of the finest foreign secretaries this country has seen," she said, slightly over-egging the pudding. "There is however great unease across the Foreign Office, amongst both minister and senior officials, in the way recent decisions are being made." That unease was evident this week when Mark Simmonds became the second Foreign Office minister to quit in as many weeks.

Put simply: if foreign policy is something that matters to you, you do not put Phillip Hammond in charge of it. It's like decorating a chandelier with old rags. He is an absence, where muscular policy should be. He is an admission of indifference.

Another unwelcome sign of British resignation came when the Commons debate on the shooting down of MH17 over Ukraine bafflingly included the Israeli operation in Gaza. There was no coherent logical reason why both would be debated together, except that they were both 'foreign'. They were both happening somewhere else. It was a provincial decision, symptomatic of a tiny view of the world and an even smaller view of Britain.

So it happened that the prime minister was sending the press photos of himself pointing at fish – for the second year in a row – instead of paying attention to what was going on in Iraq.

The irony is worthy of an Arthur Millar play. Iraq is the original sin, the act which supposedly turned the British public and political class off the idea of military intervention. But its ramifications have made this a double-tragedy. For not only did Britain act where it should not have, but that action has now scared it into refusing to act where it must. Instead, the US was once again taking it upon itself to act unilaterally in the aloof, distracted manner which is typical of Barack Obama's approach to policy, both foreign or domestic.

As Alex Stevenson wrote this week: "Parliament doesn't get to decide when it sits. Not much has changed since Charles II refused to summon parliament in the 1630s." MPs made noise, but they were not heard. Cameron stayed on the beach and at the fish market. Parliament stayed empty. It was an admission of our irrelevance.

Of Cameron's many failures, it is one of the most regrettable.