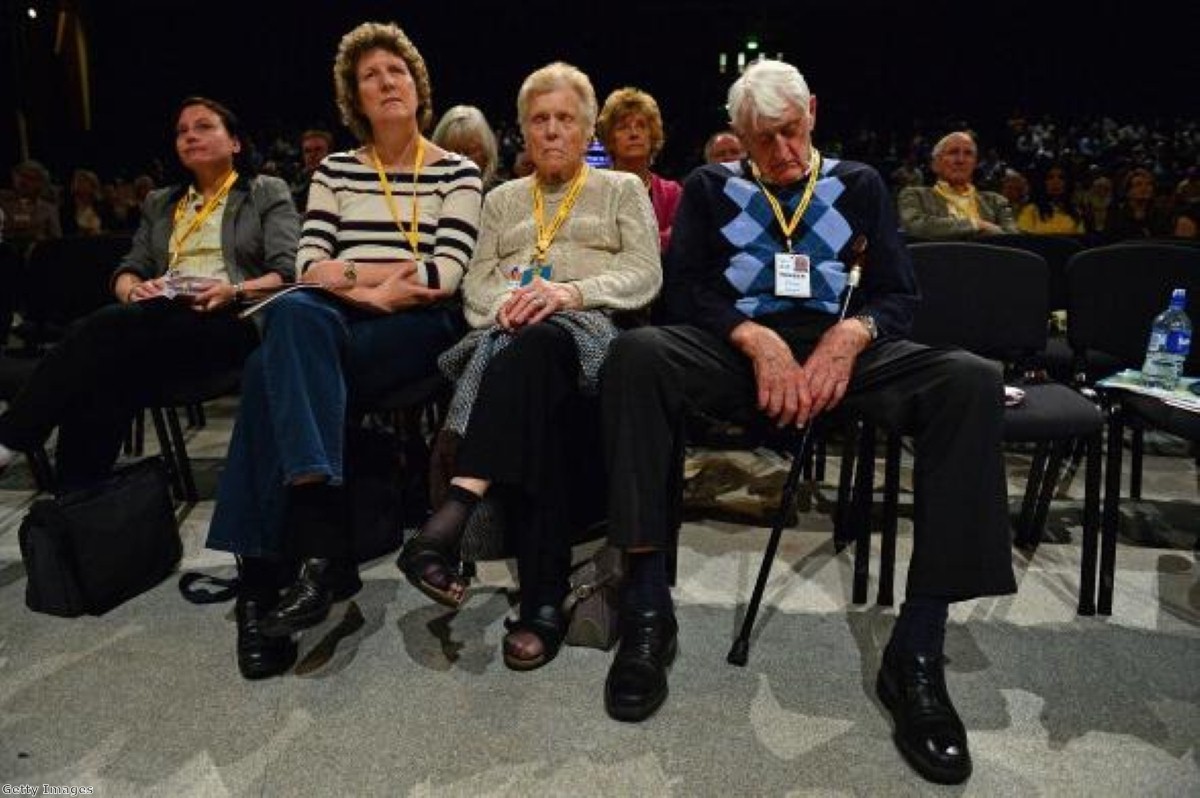 Five lessons from the 2013 conference season…

Remember August? It was a time of peril for Ed Miliband's leadership and the next general election felt a long, long way away.

Now we are firmly into autumn, the political landscape has transformed. And the next big contest for power suddenly seems a whole lot closer.

Here's five lessons from the 2013 conference season. They may not have affected the broad state of the polls, but events in Glasgow, Brighton and Manchester have fast-forwarded the UK's political story towards 2015.

Old-fashioned intervention in the market? That's the sort of indicator of Ed Miliband's true political colours we were expecting in his 2010 conference speech.

It's been a long time coming, but finally the Labour leader has shifted away from the centre ground.

His promise for a 20-month freeze in energy prices signals something exciting for Westminster watchers: the development of a real gap in ideology between blue and red.

Most Labour types I spoke to in Brighton were not very interested in the old left-right divide. Yet they acknowledged this is a case of 'back to the 70s' and think it matters a lot more than the 'One Nation' tag of 2012.

Given the significance of the change, the mood was relativelycalm. Relax! the Labour conference seems to be saying. They'll leap to the left if they want to, but that doesn't mean the Labour party will turn into Marxists overnight. It's a kind of pic'n'mix socialism – and it will be up to Miliband to pick how much socialism he will put into the mix when the time for writing the 2015 manifesto arrives.

Miliband's switch was good news for David Cameron. The Conservative leader was able to oversee a gathering in which delegates were effectively handed out shovels and told to start digging in at their present policy positions. Seeing the opposing army marching away from the centre-ground, the Tories can now revel in the genuine gap beginning to develop with Labour.

George Osborne struck a staunch tone in his speech in Manchester. The chancellor is now so stuck in his ways he even promised to extend austerity further in order to develop a surplus by 2020. Cameron's speech offered continuity, not change – something the Tories find inexpressibly comforting.

As they approach next year's European elections, when they will be making the case for an in-or-out referendum while fighting on two fronts, they should also be reassured. Faced with the Ukip surge threatening their right flank, many Conservatives are losing their nerve. Miliband's manoeuvres will have calmed them down. It is now easier for the Tories to drift to the right, blunting the Ukip assault, because they are not simultaneously struggling to compete for the centre.

You might think the Liberal Democrats would be the beneficiaries of all this. Being the only genuine party remaining firmly in the middle ought to be good news. Especially in a country where ever since Tony Blair the centre has been so earnestly coveted by those seeking power.

All this would apply if Nick Clegg's party were not in government. Their polling numbers remain as dire as ever and the brutal truths of what happens to junior coalition parties, seen time and again on the continent, are only now beginning to be talked about in the national debate. The Lib Dems thought when they agreed to coalition that they might be able to buck the trend, but that optimism seems misplaced.

Despite this gloomy prognosis, the Lib Dems remain a robust lot. Vince Cable's gloom-mongering fell on deaf ears and Clegg emerged a strengthened figure in British politics. It seems unthinkable now that the grassroots would actively seek to replace him before the 2015 general election.

Seeing him continue afterwards is another matter, but the deputy prime minister used his speech to lay the mental groundwork for his remaining in power – even with Labour. That was a preposterous idea back in August, and still seems fairly outlandish. But it no longer seems completely implausible.

It wasn't just Clegg who emerged stronger, either. Both Miliband and Cameron have bolstered their job security in the last three weeks. Even the political press, who have nothing better to do inbetween elections than speculate endlessly about who is next in line, struggled to find any decent discontent beyond the usual suspects.

That doesn't mean these games were not being played – it's just they only really apply after 2015, not beforehand. Even 2015 might be a little too soon. Boris Johnson's speech this week seemed to begin a transition to a more serious-minded mayor of London. The shadow Cabinet, perhaps quelled by the threat of a reshuffle, made up for a summer of restlessness with strong shows of loyalty to their leader. All three parties sense a general election is in the offing – and are 'self-whipping' as a result.

Not too many lessons in this article, that is. No – there is a growing frustration with the sheer length of the political cycle imposed by the Fixed Term Parliaments Act. It's been over three years since the last general election. And politicos up and down the country are starting to get itchy feet.

Five years of the same lot in power is creating a real sag effect on conferences. This year's gatherings felt even more turgid than in previous years.

No peacetime opposition in modern history has had to contend with a guaranteed five-year wait. Those observing the undeniably flat atmosphere, particularly in Brighton and Manchester, are desperate for something interesting to happen.

They will have to wait nearly two more years, like the rest of us. Still, the general election feels a lot closer now. We're in store for a lengthier buildup than usual – a slow drift towards an austerity contest in which two very different visions of the country clash.

If it wasn't obvious one month ago, it certainly is now: economic credibility will take on cost-of-living issues when Miliband takes on Cameron in the struggle for Downing Street.