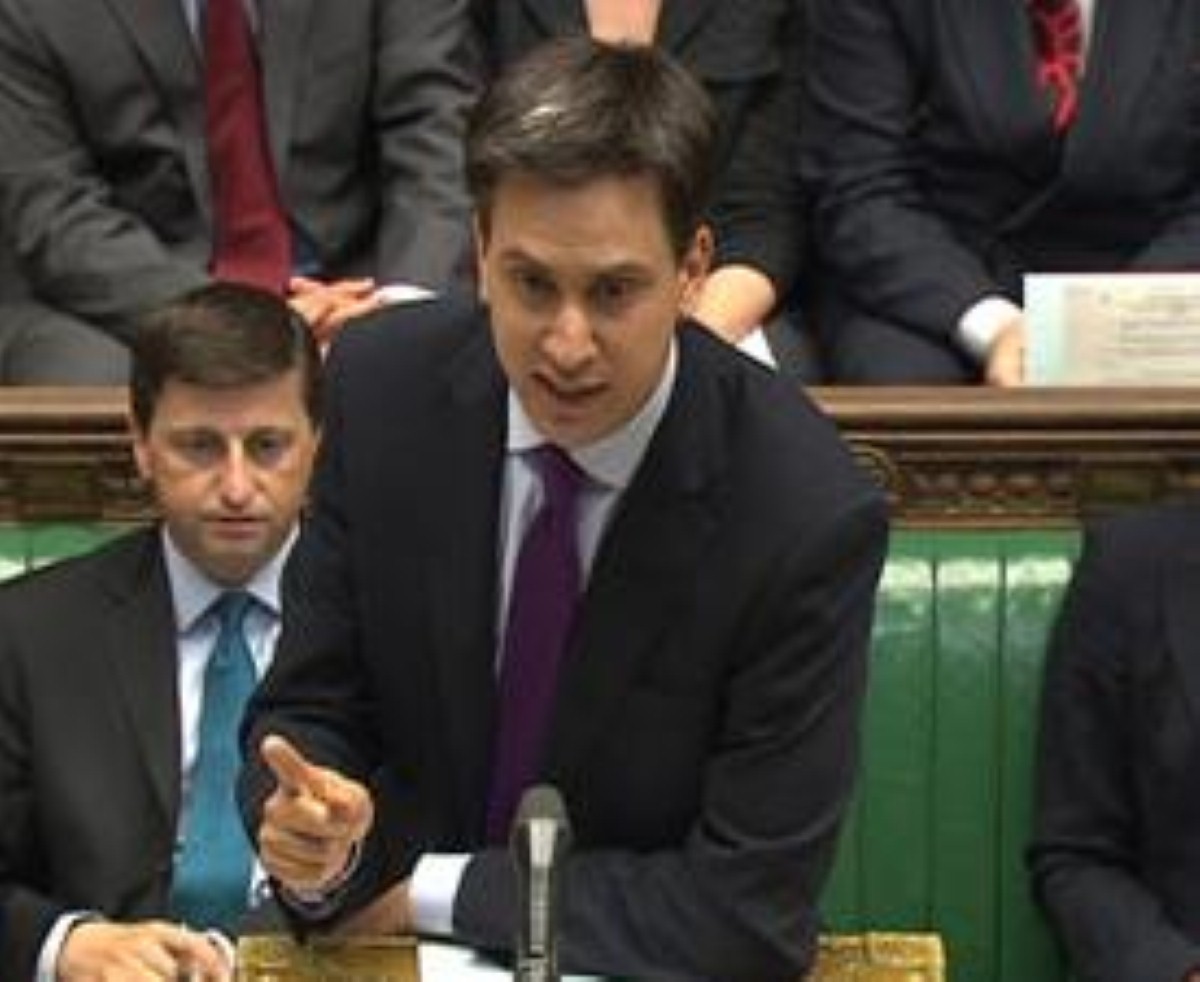 Unite's alleged machinations in Falkirk left Ed Miliband defenceless and vulnerable – and David Cameron showed no mercy as he brutally rammed his advantage down the Labour party's throat.

I've been watching PMQs from the press gallery in the Commons chamber for nearly five years, and this was the loudest I can remember the Tories yelling. "As ever," Cameron declared in answer to a nagging question from Ed Miliband about school sizes, "his questions are written by Len McCluskey of Unite!" The Conservatives responded with a massive, deafening roar of approval. It was the first time Cameron had referred to the Falkirk Labour selection row, in which the party had to put its selection process into special measures because of irregularities. Unite is alleged to have attempted to fix the selection in its favour. Not the sort of development the prime minister is likely to let pass by in a hurry.

It doesn't take much for David Cameron to attack Labour. And unlike Ed Miliband, he's capable of putting away an open goal when one presents itself.

The cheer he received after that first mention was so loud Cameron repeated the jibe twice more in his exchanges with the Labour leader. "He's taking his script from the trade unions," Cameron said. Miliband was full of bluster and outrage at this, as you'd expect. "I'm speaking for the country!" he insisted, to cheers – sizeable, but inferior – from the opposition benches.

But Miliband was struggling. He is on thin ice here. Let's not forget he owes his current job to the unions, and the simple fact of the matter is Unite does pay the bills. All he could do was respond with an attack of his own. "This is a prime minister who gave dinners to donors in Downing Street," he declared. "He gave a tax cut to those on his Christmas card list…  the idea that he's lecturing US on ethics takes double standards to a whole new level." It was the sort of bluster we're more used to hearing from an embattled prime minister, not an embattled leader of the opposition. Even Ed Balls was not proving his usual irritating self. "I know you're paid to shout by Unite," Cameron told the shadow chancellor, "but calm down dear."

A triple repetition was enough for any humble sketchwriter to be going on with, but the prime minister did not stop there. Every other Labour backbencher that stood up with even a vaguely partisan question was informed his views were influenced by Unite. Stephen Timms, Jon Cryer and Tom Docherty all got the treatment. Docherty seemed especially upset, waggling his finger furiously at the utterly blasé prime minister.

It was getting ridiculous. Speaker John Bercow even intervened to rule out one of the leading questions from Tory backbencher Richard Drax, who wanted to know what the PM thought about the Falkirk farrago. This was deemed to be a "complete waste of time" by Bercow. That, of course, was exactly how many Labour MPs felt about the entire session.

Miliband and Balls were not happy either. Initially they were content to respond with their usual exaggerated theatrical facial expressions of bafflement. Towards the end, as Cameron kept bludgeoning away, a duller, much more real resentment seemed to creep across their faces. They began talking quietly among themselves and even to Harriet Harman, who is usually completely ignored by Miliband on these occasions.

They will have realised the PM's new line of attack is deeply dangerous to them. "The absolute rule of message dissemination and message penetration," the Republican political consultant Mary Matalin once said, "is consistency and repetition." In other words, ramming a message down voters' throats is what works best. Democrat Al From uses the phrase "low information rationality" to explain the way people make judgements based on not very much data. If Cameron keeps up his Unite union message, there's a danger this one might actually get through.

The contrast between the education secretary's idle and full-on politicking modes was especially marked this week. Before Miliband raised school sizes he spent his time on the frontbench idly allowing his left heel to emerge from his shoe. This failed to excite comment, despite revealing a bright pink section covering the heel unseen and unknowable otherwise.

When Miliband switched from statesman mode (boring) to school sizes, everything changed. Gove, about six or seven places down from the PM, literally pulled his socks up and shuffled forwards to the front of his seat, from where he could mutter across to George Osborne.

This proved a tactical mistake, for with the female Theresa May to his right and the burly Patrick McLoughlin to his left he had no choice but to remain in this position for the rest of the session. He engaged in a bit of Twitter spying with the chancellor against one of his party's more troublesome backbenchers. Osborne did not seem as excited by this bit of espionage as Gove; perhaps he had caught a whiff from the education secretary's socks.