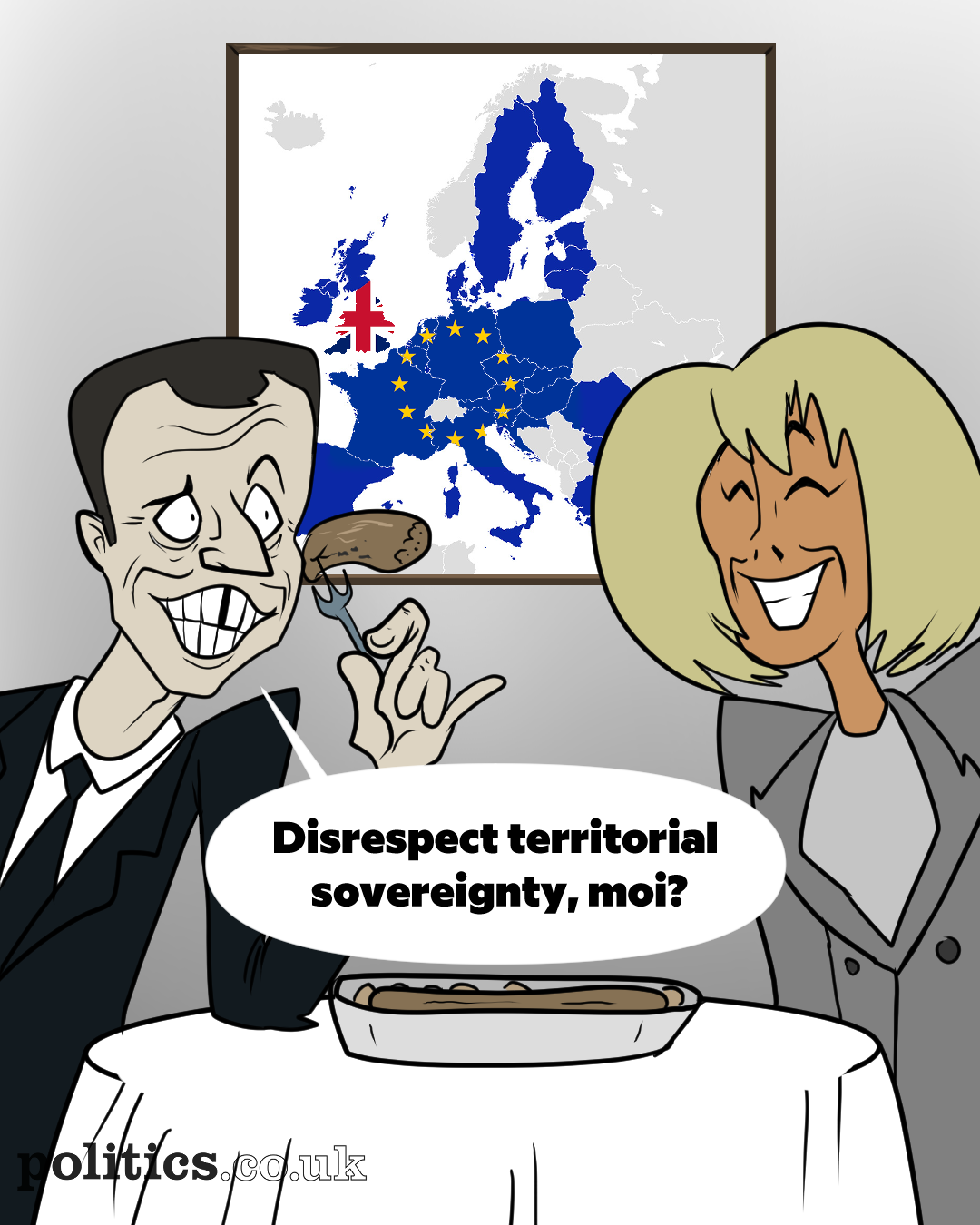 Relations between Boris Johnson and French president Emmanuel Macron were tested at the G7 summit in a row over sausages.

The prime minister vented frustration at Brexit deal rules that will ban movement of sausages and other chilled meats from mainland Britain to Northern Ireland at the end of the month, by comparing it to Toulouse sausages not being allowed to be sold in Paris.

But the French president reportedly said the comparison was not valid because Britain and Northern Ireland were not the same country.

This drew a furious response from Downing Street, with foreign secretary Dominic Raab taking to the airwaves to describe Macron’s remarks as “offensive”.

Johnson himself declared to “do whatever it takes to protect the territorial integrity of the UK.”

Macron responded by saying that France had “never for a single moment disputed UK sovereignty or its territorial integrity”.