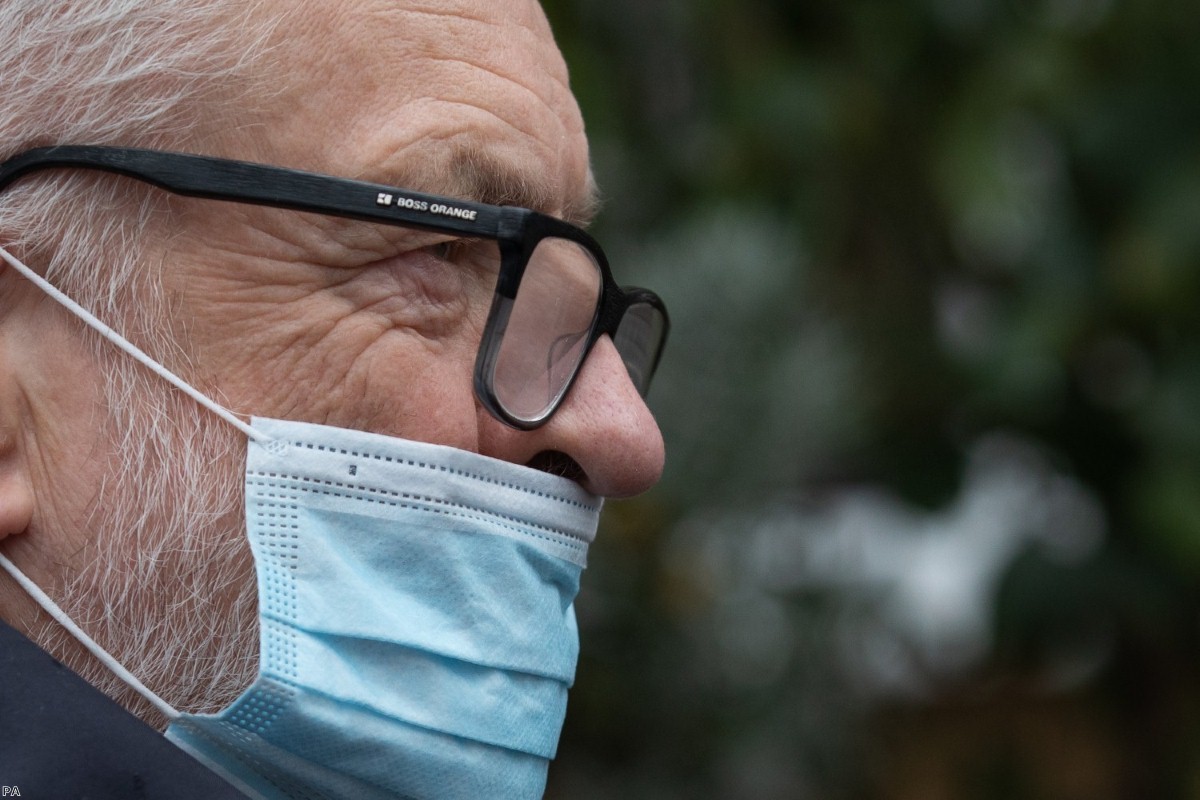 This really wasn’t the way it was supposed to go. Keir Starmer was trying to make the Labour electable while keeping Jeremy Corbyn supporters onboard. That required delicate shifts, not punishment beatings. But Corbyn’s statement today made that impossible. Suddenly the seemingly impossible has happened. Labour has suspended the man who, just months ago, was leading it.

The Equality and Human Rights Commission (EHRC) report published this morning painted a devastating picture of a party beset by anti-semitism under the former Labour leader. Starmer then gave a speech, with a crucial passage in it. He would not just target those making anti-semitic comments themselves. He would also target those who tried to discredit the claims of anti-semitism.

“And if, after all the pain,” he said, “all the grief, and all the evidence in this report, there are still those who think there’s no problem with anti-semitism in the Labour party, that it’s all exaggerated, or a factional attack, then frankly you are part of the problem too and you should be nowhere near the Labour party either.”

The trouble was that Corbyn’s statement, released moments earlier, did precisely that. “One anti-semite is one too many, but the scale of the problem was also dramatically overstated for political reasons by our opponents inside and outside the party, as well as by much of the media,” he said. “That combination hurt Jewish people and must never be repeated.”

In other words: this was ultimately just a conspiracy by the capitalist media and the Blairites inside the party to make us look bad. Insofar as apologies to the Jewish community are required, it is from them – not us.

To be consistent, Starmer had to suspend him for that statement, and remove the whip. “In light of his comments made today and his failure to retract them subsequently, the Labour party has suspended Jeremy Corbyn pending investigation,” a spokesperson said.

This is frustrating. There are plenty of decent, humane people who supported Corbynism, as a way to defend and improve the lives of those who had been forgotten by the laissez-faire era – deprived communities, the victims of austerity, fading industries. Having to suspend Corbyn threatens to alienate them from the new leadership, splintering the left.

But the stakes on the side of inaction were even more severe. Our piece today from Euan Philipps at Labour Against Antisemitism makes them clear. The question was, fundamentally, about the protection of equality. “Was a Jewish Labour party member able to engage with the organisation, attend meetings, stand and sit as an elected representative, and generally act as a political voice for themselves and their community without facing discrimination?” he asked. The group’s 15,000 page dossier of evidence, submitted to the ECHR, “demonstrated that they could not.”

How did that situation come about? How could racism take root in a progressive political party? Certainly it was because anti-semites were operating in the organisation. But it was also because of a subtler cultural shift, a kind of conspiracy-theory-lite, which became all-encompassing and utterly toxic under Corbyn.

In their press conference today, the Campaign Against Antisemitism dubbed it ‘the Livingstone formulation’. “Rather than deal with the complaint in its substance,” they said, “the bona-fides of the person raising the complaint are brought into question. ‘There must be an ulterior motive. There must be some hidden objective. This is not a genuine complaint’.”

This corroded the party’s ability to investigate complaints. It was an internal moral laundering system. Criticism of the leadership must come from conspirators, by definition. So they can, by definition, be safely ignored. It’s the same form of reasoning, you’ll notice, as that raised against those scrutinising Brexit. It is an epistemic breakdown, a moral implosion, the catastrophic effect of extreme tribalism of the human mind.

That was precisely what Corbyn was doing today. Starmer was not just forced into this position because of the wording of his own speech. He was forced into it because those who had looked most closely at the growth of anti-semitism in the party concluded that this was one of the chief manners in which it was allowed to flourish.

Starmer will not have wanted this outcome. He is trying to maintain a broad church and this threatens to push the party once again into internal warfare. But he was left with no other choice. What else can you do, when presented once again with precisely the behaviour which allowed anti-semitism to take root? Nothing. The fault for this, as with the problem of anti-semitism in Labour in general, ultimately rests with Corbyn himself.