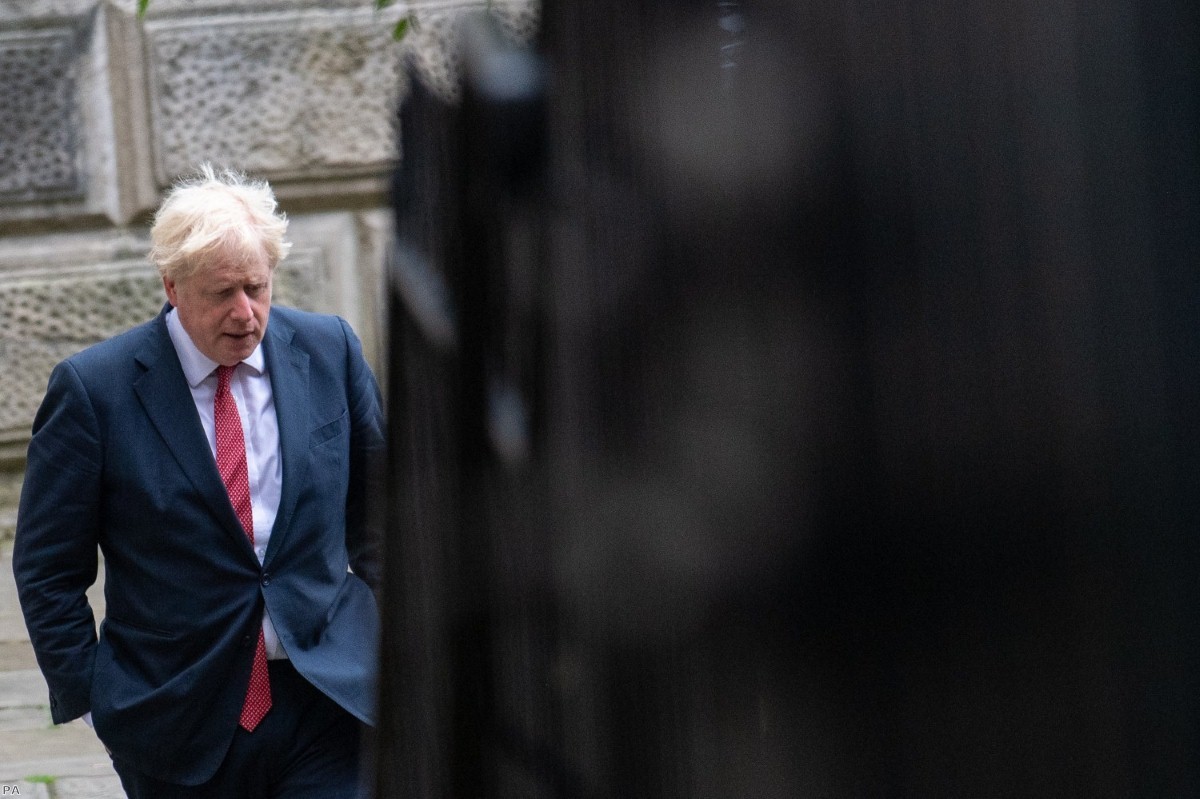 There's going to be an awful lot of Brexit noise over the next few weeks. As we get to the end stage of the negotiations, the British government is going to beat its chest really very loudly indeed. Boris Johnson insisted today that if a deal wasn't done by halfway through next month "we should both accept that and move on".

The noise doesn't necessarily mean we're heading for no-deal. If the government is preparing for a deal, then it will need to construct a narrative of success, one which is as removed from the reality of the negotiation as possible. Most voters have no idea what the content of the negotiations are about – the debate over fisheries, level playing field provisions and state aid will have passed them by. At a push they might notice the theatrics and that's the area the government is possibly playing around in: building up the sense of acrimony, then presenting the deal that emerges as negotiating genius, when it is in fact a capitulation to existing demands. Last time that was over Northern Ireland. This time it would be over the acceptance of an arbitration mechanism over state aid.

Today's FT scoop from Peter Foster, however, seems to fall into a different category. It suggests that Downing Street has finally wised up to what the Northern Irish protocol entails. It means, for instance, that if covid had hit next year instead of this one, the UK's efforts to prop up industries would have fallen under the state aid provisions for Northern Ireland and therefore required notification to the Commission. It also means, as has been perfectly obvious for some time but relentlessly denied by the government, that there will be a customs border in the Irish Sea. The EU did actually try to make this clear to Johnson's government at the time they agreed the deal, but it wasn't politically convenient to recognise it. They prioritised short term advantage over long term systematic weakness.

That is a key theme – a recurring trait of this government. And it's what we're seeing with these latest plans. They would go directly against the withdrawal agreement the UK government just signed with the EU. That was just months ago. To now decide you don't like the treaty and attempt to sabotage it is to make it clear to Europe and the international community that you simply cannot be trusted.

Just like the decision to accept the Northern Ireland protocol in the first place, that'll have a few immediate advantages – you can cheer up the really Brexity figures in the Tory parliamentary party, like Iain Duncan Smith. You can avoid the humiliation of installing precisely the regime you said you'd avoided – a connective link to Europe and a trading border in the UK. But the long term damage is extremely severe. You jettison any hope of a deal. You make future trade deals harder to secure with others. You make yourself untrustworthy in the eyes of the world.

Britain once had a gold standard reputation in international affairs. Diplomats and politicians would frequently talk about it. The Brits might complain and rock the boat, but when they said they were going to do something, they did it. They stuck by international law. Even Britain's most controversial moments, like its support for the war in Iraq, were tempered by a fierce effort to try to get the action sanctioned by international law. Even the ECHR human rights cases which most enraged the right-wing tabloids and prompted angry denunciations from prime ministers were ultimately followed.

That kind of reputation is hard to build. It takes generations of painstaking work. It takes a true recognition that the global rules-based system which this country did so much to create is in its own enlightened self-interest. A world that abides by rules is best for everyone.

It is much easier to throw it all away than it is to create it. And that's not just some kind of elevated international diplomacy point. It's one that informs human life. If a friend lends you a tenner, you can gain a short term advantage by deciding not to pay them back. But in the long term, you burn a source of advantage. There'll be no more favours for you. So when you fall on hard times in future, that avenue of support will be closed. Life is full of instances in which we ignore short term advantage in order to secure long term favourability. There's only so much you can burn that principle before you find yourself without options.

That's where we are now. By even toying with these ideas, regardless of the outcome of the talks, we are sabotaging our international reputation. We are downgrading ourselves from one of the top tier countries to a basket case which can't be trusted. And all for what? Because they couldn't be bothered to read the text they insisted was so magnificent. To cheer up Iain Duncan Smith. Rarely in British history have things of such value been discarded for such scant rewards.

Ian Dunt is editor of Politics.co.uk. His new book, How To Be A Liberal, is out next month.