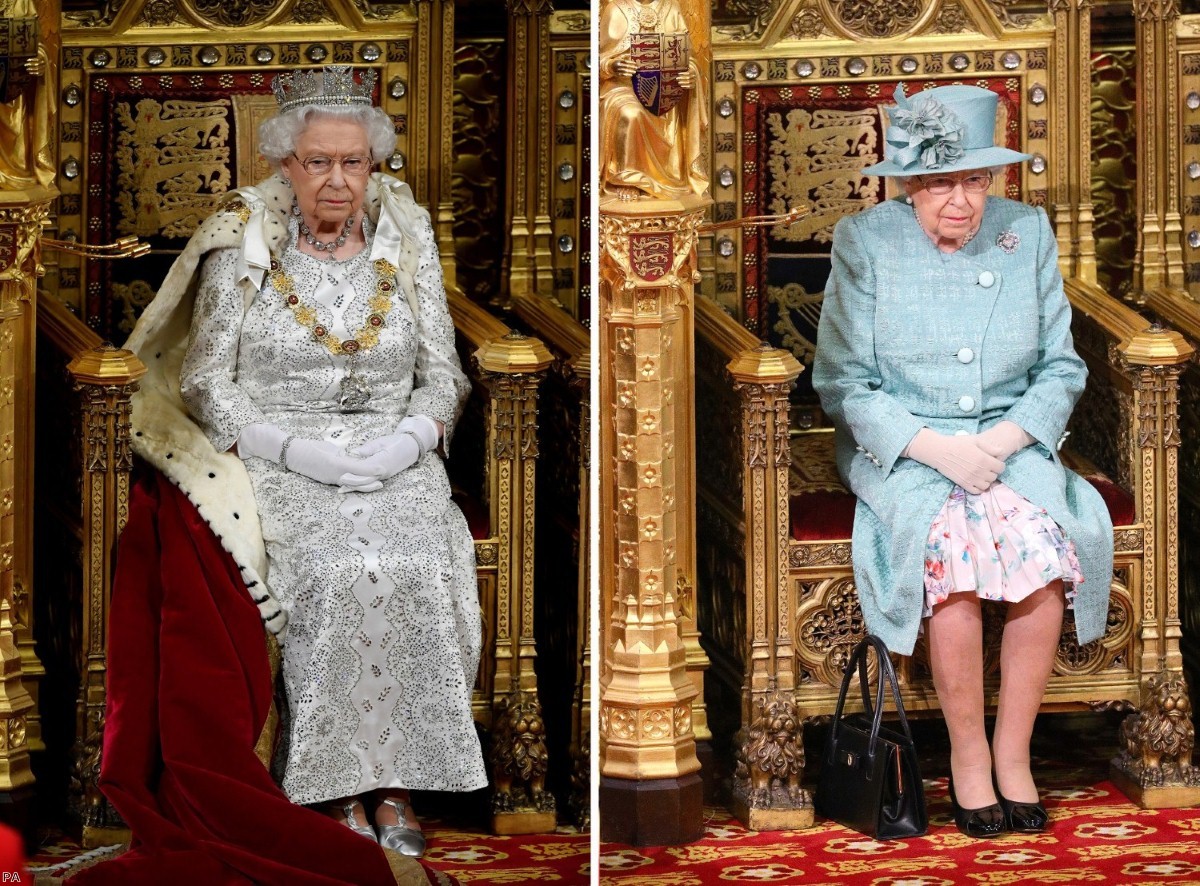 Everything about yesterday’s State Opening of Parliament seemed to underline an entirely new, disjointed reality. No carriage, no robes, no crown, no Dennis Skinner giving Black Rod a bit of lip, no Speaker Bercow. The cavalry lined the staircase while the monarch took the lift. Government benches, packed with grinning new faces. Little pomp, but plenty of circumstance.

No fewer than thirty-six bills were listed in the Queen’s Speech. Compare the vacuous Conservative pamphlet-of-a-manifesto to this legislative avalanche. There is a lesson somewhere in there for parties less successful in recent elections: about the level of detail required to gain power and how much you can then do with it. Remember Labour’s 1997 “pledge cards”?

Front and centre, of course, the Withdrawal Agreement Bill. “My Ministers will bring forward legislation to ensure the United Kingdom’s exit,” announced a rather sniffly Elizabeth II. But by Thursday evening, when the legislation was brought forward, some notable changes to the previous draft were in evidence.

Gone was the entire schedule of non-regression guarantees on workers’ rights. The pledge on not rolling back environmental protections, promised by Johnson in October, was similarly absent. The ‘Dubs amendment’, to take in unaccompanied children refugees, had been shamefully watered down. Most vitally, the government will no longer need parliamentary approval of its negotiating objectives or be bound to provide updates on negotiations.

I thought this deal was ready to go; all we had to do was “pop it in the microwave” and wait for the ‘ping’. This was the central plank of Johnson’s entire campaign. Now he is making a few last-minute ingredient substitutions. Less chicken and more Polonium-210. It is what the people voted for.

It won’t make a difference. If the 2016 referendum taught Johnson anything, it is that, as long as the slogan is regularly and confidently repeated, most voters have neither the time nor the appetite for detail.

The changes are not substantive, in any case. A government with a majority of 80, could get any negotiating objectives approved. This move is designed to force the opposition to vote against the bill, so that Johnson can say “See? They still don’t get it. They’re still trying to stop Brexit.”

This is legislation as performance art. And the Queen’s speech is peppered with these performative Bills. Enshrining in law a provision not to ask for an extension to the transition period. Enshrining NHS spending. These things can be undone with a one-line Bill. They are the legislative equivalent of a teenager folding one t-shirt , every time you poke your head round their bedroom door and protesting  “I’m doing it!”

Potentially, far more serious is the announcement of a “Constitution, Democracy and Rights Commission”, especially as Number 10 sources have been briefing for a couple of days that there are plans afoot to make judicial review more difficult, enhance the role of the Lord Chancellor, and limit the jurisdiction of the Supreme Court.

Is this revenge for the humiliation meted out by the court over prorogation or – far more sinister – a removal of obstacles, for what is to come? An FT report about Andrew Bailey's appointment as the new Governor of the Bank of England, would point to the latter. According to the FT’s sources, one of the key criteria which excluded, arguably, better qualified candidates like Minouche Shafik or Shriti Vadera was their unsympathetic stance on Brexit. They both happen to be women of colour, too. What a missed opportunity.

Then there were other, less tangible, but no less worrying signs. The bullish tone of Johnson’s speech in the chamber, promising a “new golden age for Britain”, the peacocking of his MPs, the interruptions, the jokes and jibes, the jeering of the opposition – these things were very far removed from the solemn tone of the people who for weeks have promised to “unite the country”, provide “closure” and “let the healing begin”.

This government’s intent has been made crystal clear to anyone paying attention: to steamroller Brexit and the rest of their programme through. This was the rhetoric of “crush the saboteurs” made reality. But it is precisely by getting the tone wrong that Johnson might fall into a trap that has been evident in our politics for the last few turbulent years: Pride goeth before destruction, and a haughty spirit before a fall.

At every turn, in this Brexit saga, those overreaching beyond their mandate, on both the Leave and the Remain side, have been punished. From Cameron calling the referendum to May calling an election, from the DUP trying to extract a pound of flesh too many to the Liberal Democrats’ revoke policy, from Corbyn purging the party of moderates to Johnson’s prorogation: The ubiquitous moral has been that making an opportunistic grab for more than is reasonable, will result in disaster.

There is a giant on the other side of the negotiating table, who for three years has been patiently observing and preparing – psychologically, technically, and practically – for this negotiation. They are seven times our size and better at this game. My guess is that, drunk on his domestic success, Johnson will be lulled into adopting the same boorish attitude with the EU. That he has said “they need us more than we need them” so many times, somewhere along the line, he has fallen for his own lie.

This is what we theatre-folk call ‘dramatic irony’ – when the audience’s understanding of the real peril surpasses that of the characters. When we can see what is coming, but the protagonist cannot. All we can do is watch this tragedy unfold.