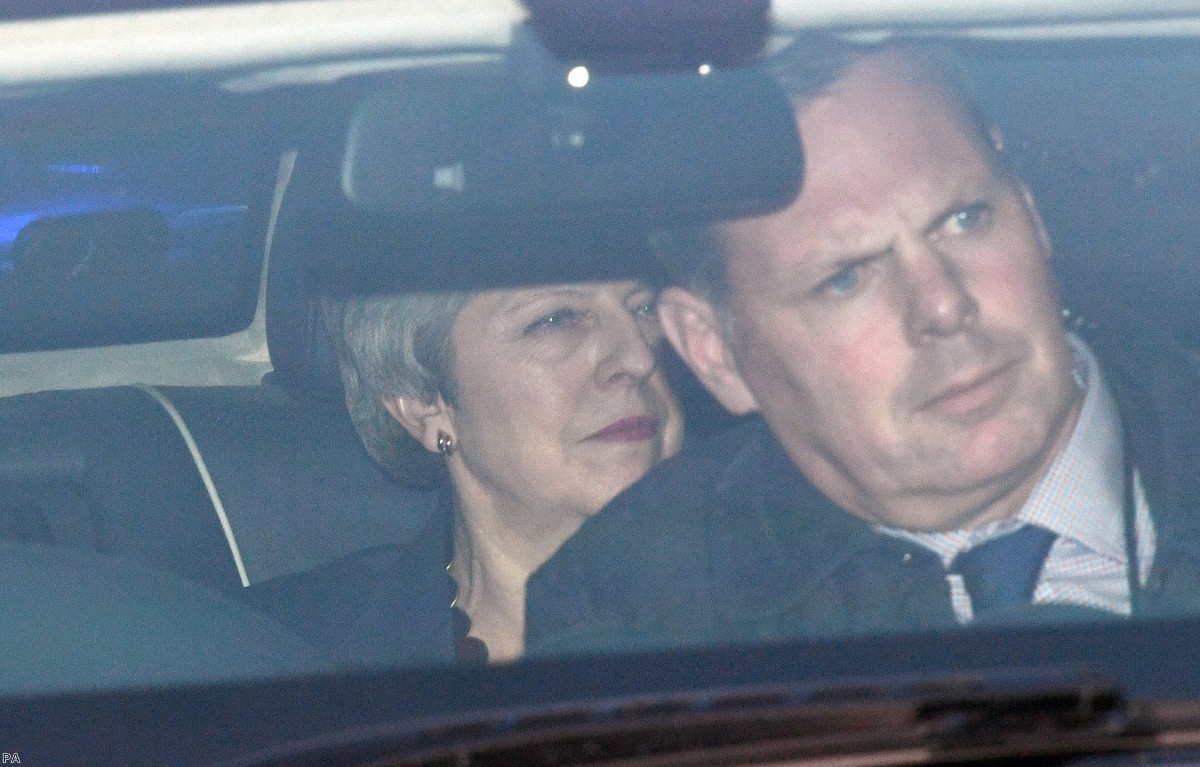 What an abominable circus. It's hard to know where the greater blame should be put. On the prime minister, who has made her own eradication a bribe to force through the product of her failure? Or the great defenders of British sovereignty, who have suddenly decided none of their principles mean anything if there is a chance to finish off a political rival?

These figures have spent the last two and a half years saying that a second referendum could not be allowed because it would damage trust in the British political system. But somehow they are unable to comprehend that their cosmic level of hypocrisy might do the same thing to anyone unlucky enough to observe it.

What a grotesque Faustian pact they have concocted. In the early evening, Theresa May walked into a committee room in parliament and indicated to her parliamentary party that she would quit if they backed her deal. Journalists and MPs reacted with bewildering innocence to all this. The widespread presumption – laughable when you see it written down in black and white – was that it was true. In fact, it seemed perfectly in line with her usual tactic of saying whatever gets her through the day, then dealing with the consequences of it further down the line. One thing you can always rely on with May is that if there is wriggle room, she will make good use of it. And there was plenty of wriggle room in the vague assurances she offered the parliamentary Conservative party this evening.

But put that to one side. Let's say it is true. Consider for a moment how disreputable this is. Any deal which requires the resignation of its author in order to get is passed is by default not worth supporting. And any political culture which would require the author of a deal to step down in order for MPs to back it is plainly in a state of advanced decay.

What followed was a masterclass in hypocrisy so severe that it was startling even in this golden age of consequence-free political lying. Boris Johnson, who not so long ago said May's deal "strapped a suicide vest around the UK" and turned it into a "vassal state", suddenly decided he supported it. Astonishing. Jacob Rees Mogg, who previously said the deal turned the UK into "a slave state" and that it constituted the "greatest vassalage since King John", also decided he was prepared to back it. Extraordinary. And now here they were, actively promoting our own national slavery on the basis that the prime minister might possibly step down at some unspecified point in the future.

It is the Nazi-Soviet pact of the Brexit debate: a deal so cynical it contains its own gravitational field. May is prepared to offer her resignation in exchange for the deal, on the basis that if it passes she probably won't have to see it through. The Brexit headbangers are prepared to support the deal in exchange for her resignation, on the basis that they will tear up the deal once she is gone. They are shaking hands with knives held behind their back.

And yet here we all are, locked into their swirling psychological horror story, trapped in this dreadful room with them, our national fate dependant on what these cynical, self-interested, mendacious, emotionally incontinent, ideologically deranged buffoons happen to decide at any given moment. Not one person in this rabble believes a single thing they are saying. It is a godawful mixture of religious zeal, personal ambition and tribal lunacy.

And then there is the real hypocrisy, the one that casts a shadow over this whole despairing spectacle: That it is happening out of terror of parliament doing the very thing Brexiters said they wanted it to. The sudden shift from the ERG came in response to the successful amendment last Monday giving MPs control of the Commons timetable. Since then, MPs have started exploring options in a way that was much calmer, intellectually honest, and free from the constant accusatory refrains about the 'will of the people'. Their stranglehold over Britain's elected representatives was starting to soften and they panicked.

Suddenly all their childish blather about slave states and suicide vests disappeared. All the dress-up warrior language was gone. Once alternatives emerged, they sobered up awful quick. But why? The indicative votes represented the fabled parliamentary sovereignty which they spent the referendum insisting the country had lost. They wanted our own parliament to pass our own laws. And yet when it started to do so, they preferred vassalage.

If any good can come from this – and it is frankly unclear if it can – it will be that someone young is watching it and finding it so singularly awful that they resolve to do things better in future.