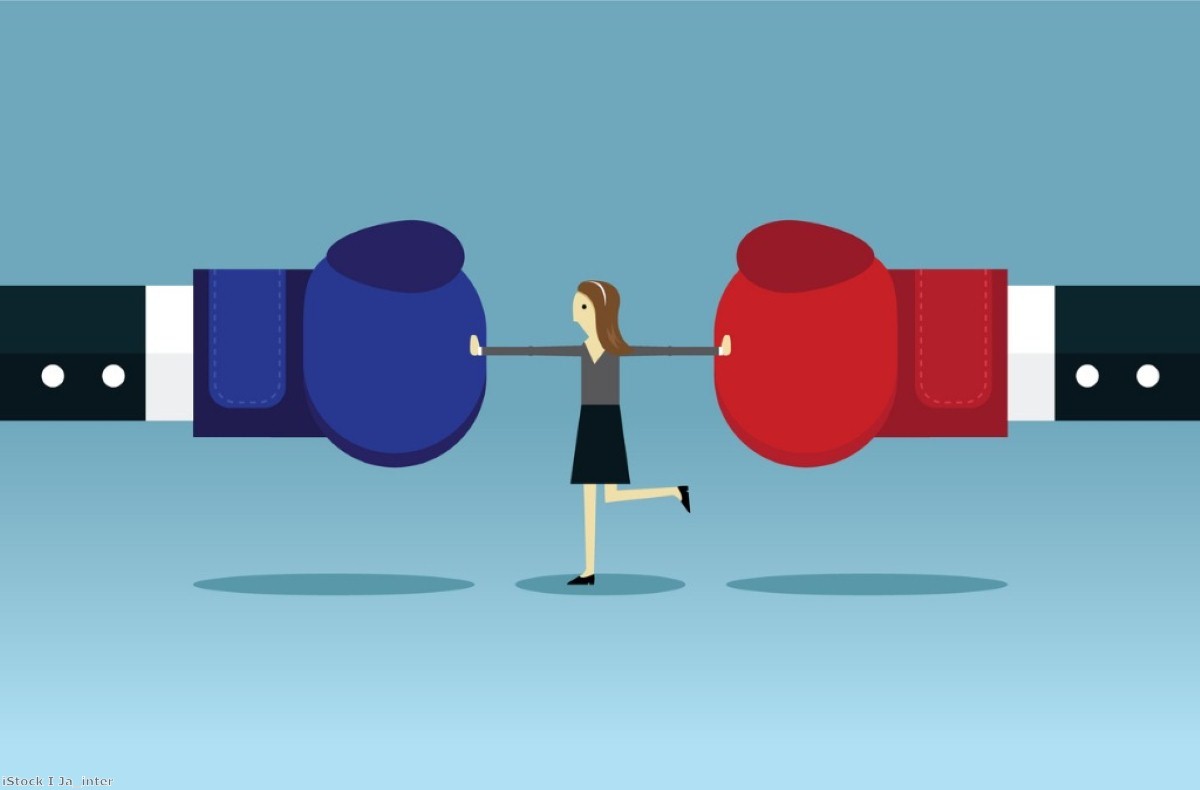 The civil war between Norway and People’s Vote is insane

Just as the situation turns to their advantage, Brexit fellow-travellers are turning their fire on each other. It is the most baffling spectacle, born out of the weirdo psychological instincts of tribal political campaigns.

Over the weekend, there was another volley of attacks from People's Vote campaigners towards Norway supporters. The normally brilliant David Lammy was in the Guardian saying that Norway would "betray" Leave and Remain voters. Bridget Phillipson was writing in the Independent that Norway was "a fantasy". Last month, Jo Johnson argued that Norway was a "non-starter".

There's plenty of return fire in the other direction. Norway supporter Nicky Morgan has promised not to support a second referendum. George Trefgarne, writer of Norway then Canada, spends half his time on Twitter attacking anyone trying to secure a change in policy other than the one he has authored – whether it's Tony Blair or Dominic Grieve or the People's Vote.

On a purely strategic level, this is self-harming and short-sighted. If the People's Vote campaign fails, which is a perfectly realistic scenario, it needs Norway as the Plan B. Britain will be outside the EU, with a future relationship document which can be amended. The most important battle in politics will be to soften it so that it allows for Norway. By attacking it now, those People's Vote figures essentially rule themselves out that fight. Anything they say to support Norway in 2020 will be instantly met by a quote from their attacks on it now.

Worse, the attacks bolster the Brexit case. When People's Vote types complain that Norway offers no change to free movement, for instance, they are undermining their own demands for full EU membership – because that does not change free movement either. They're legitimising questions to which they themselves have no answer.

And all of this anyway has no function. To get Norway you need to pass a withdrawal agreement through the Commons. And that withdrawal agreement will have a backstop in it. The ERG and DUP will never accept that, so the only way it could pass would be with Labour support, which is not forthcoming. There is no immediate Norway threat to the People's Vote. As a mere question of priorities, the attacks on it are downright bizarre.

Norway must survive as a sub-optimal outcome in case of failure. But People's Vote seem intent, either by central decision-making or simply because lots of disparate voices think it sensible, to attack it.

Norway supporters make the same mistake. Fine, they don't like the idea of a second referendum. Very few people are entirely enamoured with the idea. But look at the options in play. May's deal is dead. Any deal looks unlikely. That leaves the People's Vote on one hand and no-deal on the other. You may not like either option, but there is no comparison in terms of severity.

No-deal will pulverise this country economically, while pursuing an extreme plan with no mandate, amid hard-right rhetoric about immigration and xenophobia. It is arguably the most extreme proposition ever made in mainstream British political debate. And it is real. It must be stopped at all costs. There is no greater patriotic priority.

That means that there should be no attempts to undermine campaigns opposing it. They are allies, not competitors. And you should never attack so comprehensively that you're unable to later offer support if your own preferred model fails.

We truly are in the era of purity politics. Political campaigns, on both sides of the divide, seem increasingly unable to understand the language of compromise, cooperation and tolerable sub-optimal outcomes. In politics, you can pursue your ideal goal while also maintaining the possibilities for a maximised negative outcome. You can simultaneously fight for what you want while limiting the damage of what you don't. Any married couple understands this strategy. It is remarkable that seasoned political campaigners are unable to do so.

This is more than just a tactical instruction. It is the basis upon which a healthy democratic society operates. A culture in which people cooperate with other political groups for mutual advantage is one which understands basic norms of civilised disagreement.

The winner-takes-all, zero-sum assessment of politics, in which the only true allies are your fellow tribal members, is just base Trumpism, whether it comes in reactionary, moderate or progressive variants. It is a political attitude which undermines the values of the society it is trying to salvage.

Norway and People's Vote have more in common than divides them. It's about time they started acting like it.