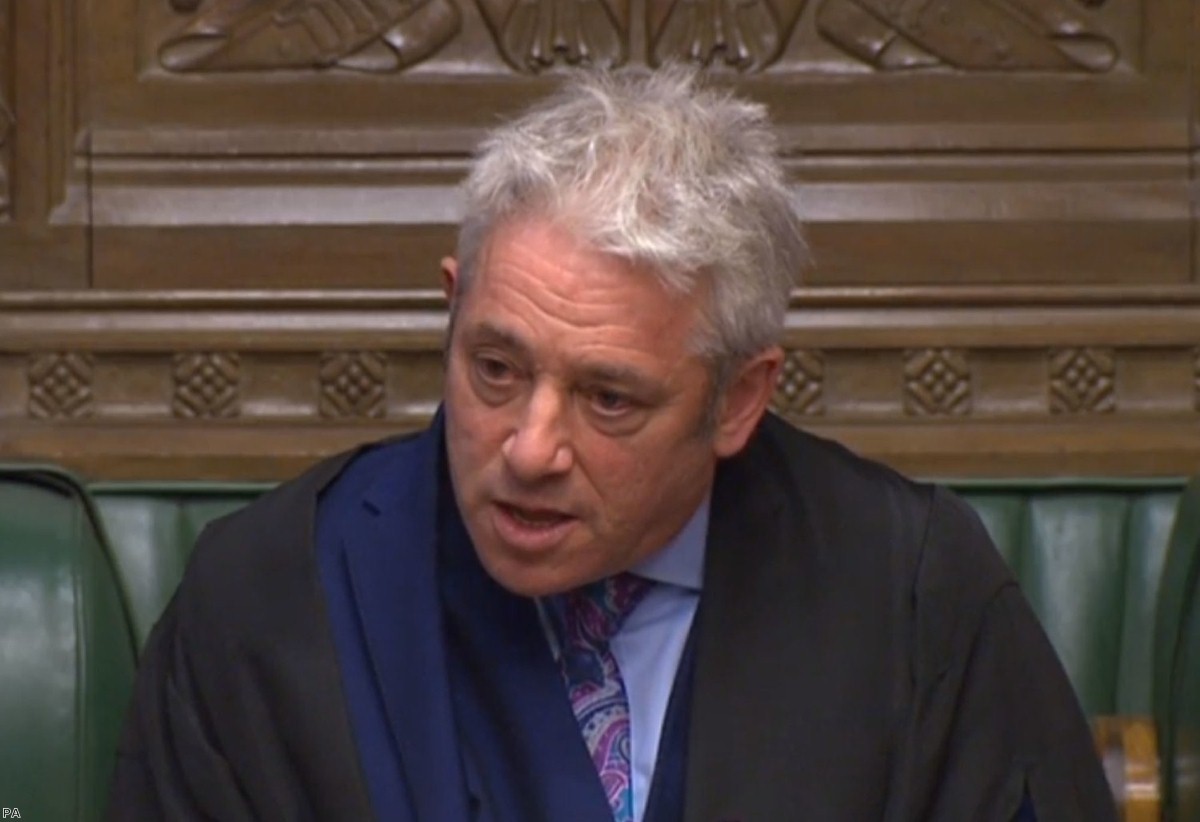 Parliament is now at war with government – and it’s winning

The content of Theresa May's defeats over the last couple of days isn't particularly meaningful, but the fact they happened at all suggests that parliament's guerrilla war against the government has started. And it seems to be winning.

We've been in a weird constitutional spot since the referendum. Usually, parliament is sovereign. The power it holds is given to it by the people in elections. But the referendum changed everything. There was suddenly now a separate source of legitimate political power – the referendum result – and the government could overrule and undermine parliament on the basis that it was representing the 'will of the people'.

This was very effective. MPs have spent the last two and a half years cowed into voting for things which they did not believe in on the basis that they had met some kind of superior form of democratic legitimacy. May used this to her full advantage. She tried to deny parliament any voice at all. She attempted to silence it on Article 50 and blocked it from having any meaningful role forming or scrutinising her negotiating posture with the EU.

Even after the election, when voters denied her a majority, she still acted like she represented the will of the people – passing all sorts of statutory instruments to sidestep parliament, failing to participate in opposition day motions, and refusing to provide parliament with the documents it demanded to see.

And then, just before Christmas, she went one step too far.

Her intention was to hold a five-day debate on her deal and then have parliament vote on it. She passed a business of the House motion, which decided the structure of how that debate and vote would take place, and then the debate began.

But even here she was fighting a rearguard defence against parliamentary scrutiny in the event of her defeat. According to the law, a defeat on her deal meant that a minister would have to come to the Commons and make a statement about what the government intended to do next within 21 calendar days, and then allow a vote on it seven sitting days after that.

But there was a trick. That vote was going to be unamendable. So she could have simply told MPs she was now pursuing no-deal and there'd have been nothing they could do about it.

Dominic Grieve wasn't having that. He attached an amendment to the business motion guaranteeing MPs a meaningful vote. They wouldn't just have to sit and take it. They could propose their own alternatives. And he won.

With that meaningful vote in place and seemingly no chance of her deal being accepted, May got cold feet. She pulled the debate and delayed it until mid-January.

This was an astonishing thing to have done. It cost the UK a whole month, when it only had four to play with. And if the actual decision wasn't bad enough, she did it in a typically irresponsible way. Instead of holding a Commons vote on the delay, she used an underhand manoeuvre to unilaterally do it by ministerial fiat.

Speaker John Bercow gave her fair warning at this stage. "Halting the debate after no fewer than 164 colleagues have taken the trouble to contribute," he told the prime minister, "will be thought by many members of this House to be deeply discourteous." If she insisted on following this course, she should at least put the delay to a vote – that would have been, "in democratic terms", an "infinitely preferable way" to go about it.

But, predictably, May refused to do so. This was her standard operating procedure: to ignore parliament, to tread roughshod over centuries of parliamentary convention and basic democratic principles. It was in the letter of the law, but certainly not the spirit.

So today, Bercow took a stand.

Grieve had tabled another amendment, this time not on the nature of the meaningful vote, but on the timing. Instead of it having it take place 21 calendar days after her deal was rejected, it would have to be after three sitting days.

Technically there is no way that amendment should have been voted on. The government had put forward the same updated business motion for the new debate on her deal as it had last year. And that motion said that only ministers could amend the motion – not parliament. But then Bercow did something extraordinary. He selected it for a vote anyway. And MPs passed it by 308 votes to 297 – a majority of 11.

You can't overstate what this means. Brexit-supporting Tory MPs in the Chamber were livid. And they were right that this was an unprecedented step. That business motion had been passed by the Commons in December. Bercow was effectively overriding the votes of MPs denying themselves power. He did not put it this way, of course. He said it hinged on an interpretation of whether an amendment is a motion. But most constitutional experts disagree.

Bercow has clearly come to a decision. If the government is going to be underhand in order to sidestep and undermine parliament, then he has to be a bit underhand himself to give MPs a voice against it.

But just because it is unprecedented, does not mean, as some of the more hysterical commentators have suggested, that Bercow has fundamentally changed the way Britain operates.

The only scenario in which the new precedent he has set would matter is if there is a minority government. Any government with a decent majority, like Tony Blair's, or Gordon Brown's, or the Coalition, or even David Cameron's, would be easily able to kick back any attempt to hold amendments like this.

That is not just a technicality. It is a moral instruction. The government is a minority government because it did not win the confidence of the public. And yet it acts like it has the support of the country. It does not. Today was a necessary corrective.

There is also an awful lot of nonsense about the idea that Bercow is abusing his impartiality as Speaker to help Remain. In actual fact, the last time Bercow went against convention so aggressively was in 2013, during the Queen's Speech, when he allowed an unprecedented third amendment about the absence of a bill for a referendum on Britain's membership of the EU. When he breaks the conventions for Brexiters, they say nothing. When it is against their interests, they scream about parliamentary procedure.

If Bercow is partial in any way it is in exactly the manner he is supposed to be: standing up for parliament against the might of an bullying executive. The MPs attacking him for it today did a disservice to their constitutional role and to Britain's political history, where greater men than they had to risk their lives to fight off the tyranny of Charles I and his descendants. If they had a scintilla of the bravery of their predecessors, they would have been ashamed to have made the arguments they made this afternoon.

Make no mistake, though: This is a constitutional war the likes of which we have not seen in our lifetime. It is happening in esoteric arguments about business motions and amendments, but in reality it is a struggle for the democratic heart of the country.

MPs look like they are finally up for the fight. Yvette Cooper's amendment on no-deal passed yesterday. Grieve's today. By this time next week, May's deal should finally be defeated. And parliament looks primed to take control.