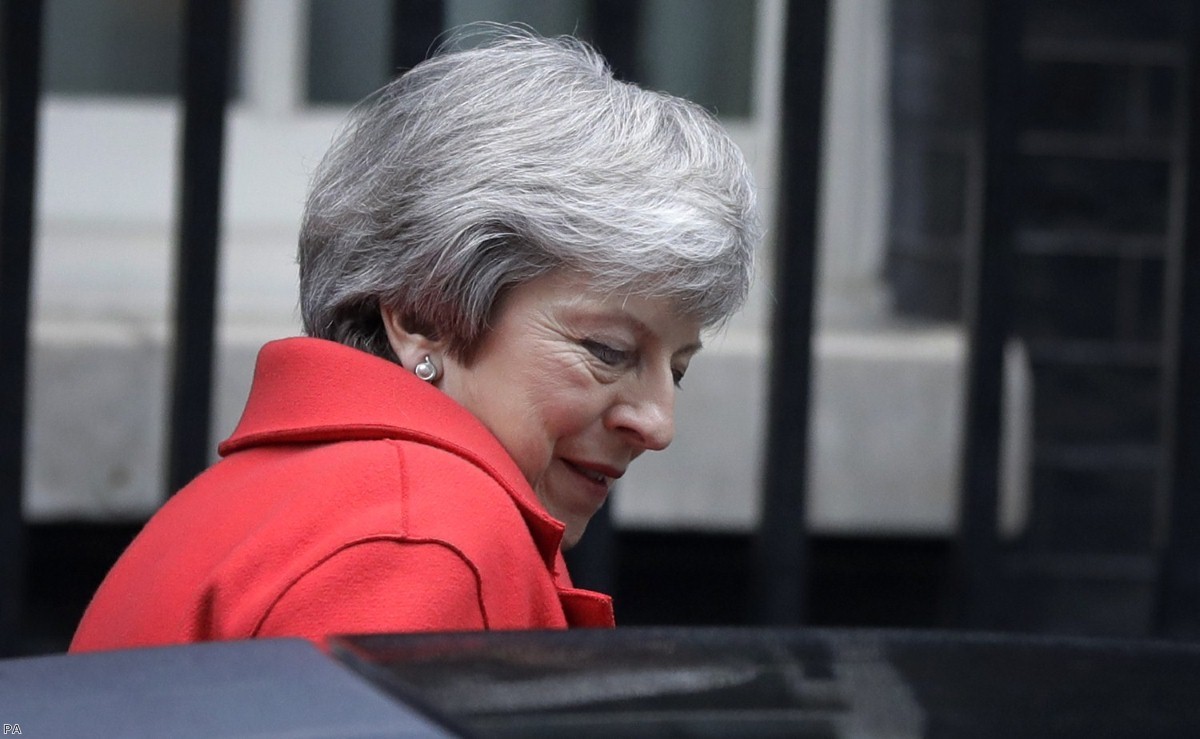 Week in Review: All May’s faults come home to roost

For two and a half years we have been forced to watch Theresa May's cack-handed administration trundle on, making unforced error after unforced error, until now, with grim inevitability, we can see them all come together in a festival of inadequacy.

She finally has to sell her Brexit deal. The vote is next week. And she cannot do it, because her various weaknesses have made her utterly ineffective. The prime minister is the political equivalent of someone trying to eat soup with a knife. She is strategically inept, tactically misguided, presentationally catastrophic, and promoting a deal with nothing to recommend it.

It's not the first time she's done this. During the negotiations she would say one thing to Brussels and then return to the Commons and speak the most god-awful pound-shop-Boudica drivel about how weak and petrified the Europeans were. She either had not realised that TV had been invented or did not think the Europeans were smart enough to take an interest in what she was saying back home.

It was this unreliability on the British side which first led to the backstop – the great humiliation which Brexiters now spend all their time complaining about. Ministers showed no consistency, no basic principles, no depth to which they would not plunge to satisfy their ideological hysteria – so an insurance policy was needed. We don't know the damage their dismissive attitude towards the EU cost us. Each time Liam Fox or David Davis said something belittling about our negotiating partners, the view of us across the Channel hardened. Part of the reason May has so little to offer with her deal is that she alienated the people who were in a position to help her.

May's second tactic is to present herself as a centrist unifier, the grown-up who tells both sides they can't have everything but offers a pragmatic middle-way. This requires connections and a track record of moderation. In reality, she has spent her premiership libelling Remainers and placating the fetish wing of the Brexit movement. Now she has lost them too and is trying to patch things up with the people she just spent years denigrating.

But what does she have to offer? A customs union which is not a customs union and which she says will not happen but probably will? In what possible world is that a convincing proposition? Security cooperation? We all want security cooperation with the EU, but that alone is not enough to get a Remainer on board. It should never have been in doubt in the first place, under any Brexit model. If that is a crumb then the biscuit is not fit for consumption.

It is the same with Labour. A few Labour votes could have saved her next week. There are Labour MPs out there with Leave-voting constituencies who would have been tempted. But May made no effort to reach out before. When No.10 brought Labour MPs in to tell them about the deal they were baffled to find it being sold as if it were a meeting of Tories. She has no intellectual or empathic ability to reach out to another view, even if she had the personal connections with which to do so.

And then, beyond the strategy or the tactics, is the deal and its salesman. The agreement she's come back with is simply rubbish. It hugs the EU tight enough to remove control, but keeps it distant enough to still take ruinous economic damage. It is like a recipe book on how to injure yourself with crockery. There is no-one on earth who would propose this model from first principle and indeed it is hard to think of a single genuine supporter of it outside Downing Street.

May herself is as pitiful a politician, on a basic presentational level, as we have ever seen. She is shy, nervous, and clearly hating every second of this. These are all perfectly acceptable qualities in a human being and it feels mean to disparage her for them. But one has to ask: If you have no ideas and cannot sell them, why in the name of God would you choose a career that involves selling ideas to a nation?

It is quite wrong to feel pity for her. Firstly, her current misery is of her own making. The deal is terrible because her red lines made any other outcome impossible. That is her responsibility. Secondly, she is still now lying with almost every word she utters. Her entire defence of the deal rests on the most grotesquely misleading characterisations of its contents and implications. Her every answer to any question is deliberately and instinctively evasive. She is a deception machine, a next-generation political mechanism which simply cannot be straight with people, whether it's negotiators in Brussels, MPs in parliament, or the public on the doorstep. The fact she is so unconvincing when lying does not remove the moral responsibility for having done so in the first place.

And now all the various inadequacies we've seen through the last couple of years have joined together to undermine any chance of success she might have had. It would be satisfying, on a moral level, if we were not all forced to suffer the consequences alongside her.