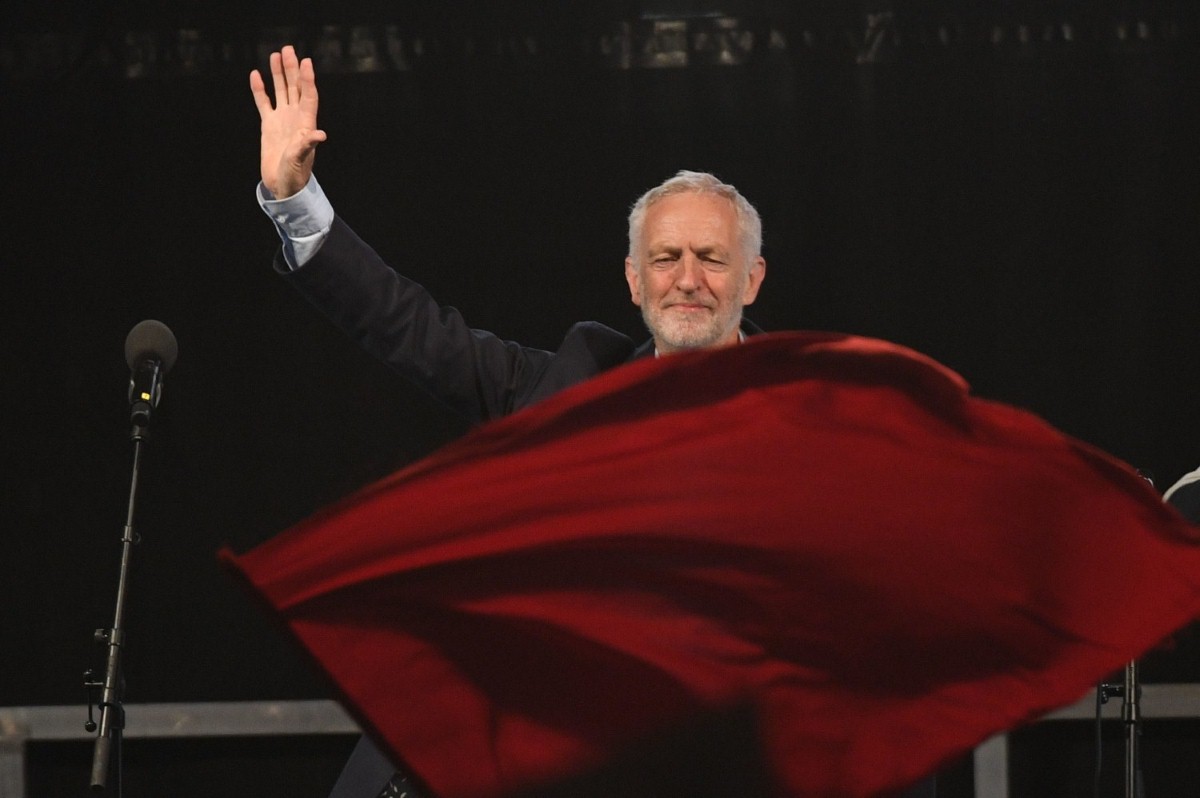 It's the climax of the campaign to get Labour to support a People's Vote on the final Brexit deal. An unprecedented 150 constituency Labour parties have submitted motions on Brexit. New polling shows an overwhelming 86% of Labour members want another say. Key figures, like deputy leader Tom Watson, have said the leadership needs to "respect" that view and "go out and argue for it". There are large demonstrations outside the conference centre demanding the leadership change its position.

Jeremy Corbyn, who is keen to avoid a second referendum, seemed to wobble yesterday when he acknowledged that he is "bound by the democracy of our party". If conference votes for another referendum, he says he'll act accordingly.

That suggests everything should be open-and-shut. Labour will now swing behind the campaign. But there is one event standing in the way of that process. It is supremely complex and opaque event which is defined by last-minute political scheming: the composite meeting.

For my money, the best person writing about this in a disinterested and experienced way is Theo Bertram, a former adviser to Tony Blair and Gordon Brown, who covered it rather brilliantly here. He's an excellent guide to the unique form of arm-twisting and skullduggery it entails.

One tactic would be to rule out a debate on a People's Vote on the basis of the motions constituency parties have sent in. There are set criteria for these. They can't be over 250 words and they must be contemporary. The leadership could simply say the topic was not relevant because it had already been substantially discussed at previous conferences. But that is unlikely to work, given the sheer scale of the demands for a vote.

You then have a pile of motions which need to be sorted through into a form that can be voted on by members. That's where the Conference Arrangements Committee comes in. It sets the agenda for conference. It is directly elected by members and is currently under the control of Momentum.

It's impossible to debate everything, so its meeting tonight will try to narrow down the motions into a viable form for debate. This is what puts the 'composite' into compositing: you're dropping some motions, ignoring others and then finally welding them together, so that there's a manageable number and they reflect the kinds of demands that were made by constituency parties.

Delegates from those local parties will attend the meeting tonight together with officials and parliamentary front benchers. Perhaps they'll get the number of motions down to one. More likely it'll be three or more.

These meetings are not some kind of democratic utopia, where delegates meet on equal terms and participate in free and fair debate. In reality, individuals – who are often a little out of their depth in the great snarling jaws of the party machine – can be easily undone by a mixture of rules geekery and long-term planning. There's all sorts of shady goings-on, whoever is in charge of the process. Corbyn's lot are currently trying to eradicate the threat of a second referendum, but they'll likely use the same kind of tactics which Tony Blair, Gordon Brown and Ed Miliband used in the past.

5/ Will LAB conf get the chance to pass a motion pressing the leadership to call for a 2nd ref? @IanDunt shares some thoughts. pic.twitter.com/xphxK3sqce

So you'll have a bunch of people in the room. A minority might be against a People's Vote, and will therefore quite easily congregate around a motion saying that. A majority will be for it. The task will be to narrow their demands down into a few motions.

This is where the leadership can employ some pretty dirty tactics. One favoured approach is to encourage the most radical and extreme individuals in the camp you want to defeat. These guys then meld their proposals with the more reasonable ones, but it still gives you a much clearer target than if it was just the credible delegates putting it together.

The composite motion is put out and the leadership releases all these reasonable-sounding arguments to attack it. They have created the argument they thought would be easiest to kill. In the days which follow, you'll hear fair-minded delegates saying things like: "Well I wanted to vote for this, but it has this major weakness." They won't know that the process was rigged to create exactly this thought.

The leadership is probably aiming to come out of that meeting with three motions: one which is anti-People's Vote, one which is pro-People's Vote, but ideally as wild and weak as possible, and another which looks like a compromise agreement. This would probably say something like: We do not rule out a second referendum and are prepared to hold one, but only if and when we fail to secure another general election.

This is in line with the message put out by Corbyn and McDonnell in the days running up to conference. In reality, it makes no sense. Labour is supporting Brexit, so another general election does not provide anything like what a second referendum on EU membership would. And it would of course be in the eye of the beholder when that secondary policy would be triggered, given that we're not expecting a general election anytime before Brexit Day. It would look like a compromise, carefully framed between two extreme positions, but in reality it would just neutralise the People's Vote campaign.

We won't know much about what happens in that meeting. The whole process is shrouded in secrecy. But it's likely that this is Corbyn's tactic: say you'll support party democracy, then get to work behind the scenes, in the technical arena of the party management system, and kill off members' opportunity to have it.

It might work. Or it might not. Local Labour parties have been bloodied by the battle to get this far. They have faced down Momentum and their arguments over and over again. The organisations behind this campaign, like Best for Britain, have been working according to a deliberate, well-thought-out strategy. And the democratic push is extraordinary. Members have shown, in a way which the leadership simply cannot ignore, that the Labour grassroots is demanding opposition to Brexit.

Tonight we find out whether they can get past that final hurdle. It could go either way.