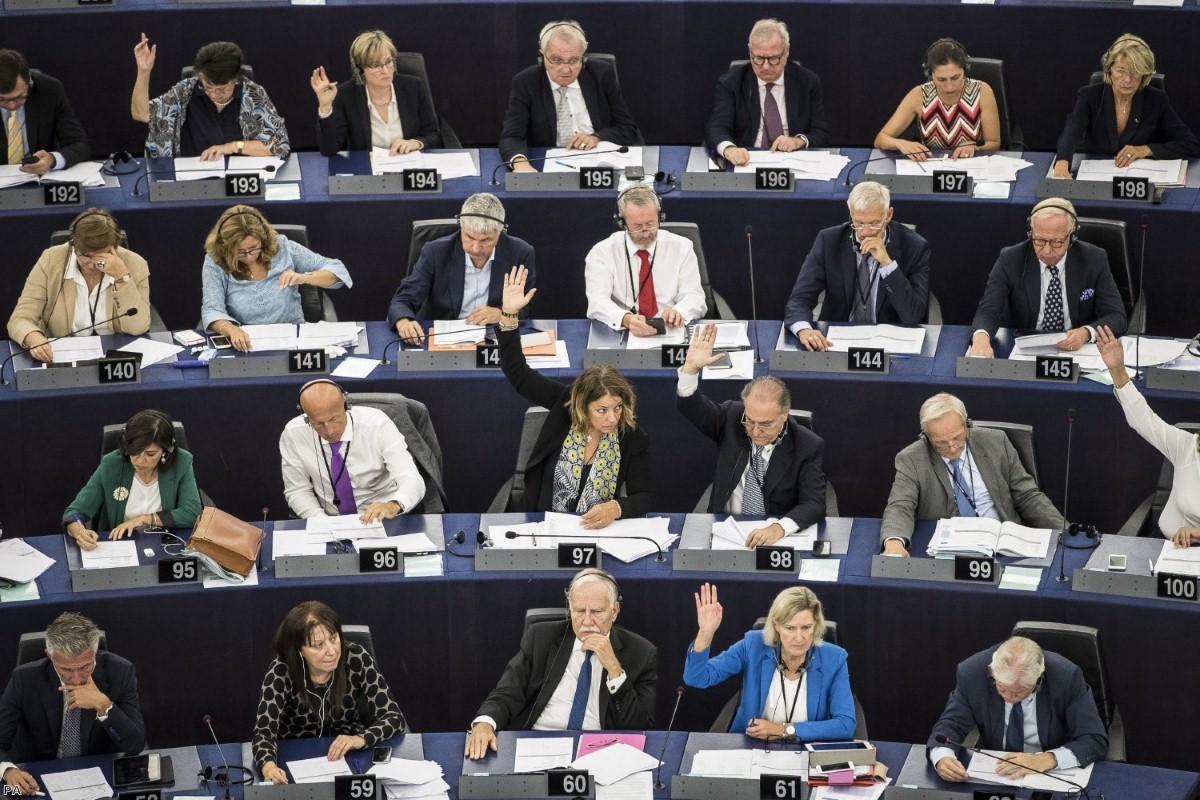 Week in Review: Tories buckle to fascism in Europe

This week, Conservative MEPs in the European parliament defended Hungarian prime minister Viktor Orban from a legal challenge by Brussels. It is a historically bleak moment in the life of the party.

Orban is a fascist. He used a group of loyalist oligarchs to buy out independent newspapers. He channelled all state advertising, including that of state-owned companies, into pro-government outlets in order to starve to death those he couldn't purchase outright. He bribed or blackmailed investigative journalists into silence. He undermined the judiciary. He launched a war against independent NGOs. He promoted an ethno-nationalist mentality, particularly among people of Hungarian descent in neighbouring states, like Ukraine, Romania and Slovakia. He changed the school curriculum to reintroduce fascist writers from the interwar period. He erected a statue in Budapest absolving Hungary of its role in deporting half a million Jews to their death during the Holocaust. He launched a sustained and virulent anti-semitic campaign against Jewish financier George Soros through a network of state-controlled media outlets. He used intimidation and opaque financing to win elections. He made it a crime to help migrants.

Whether he is genuinely a fascist in private or simply uses the trappings as an electoral strategy is unclear. The difference is academic but the end result is the same. He is part of a network of strongmen, some of them plainly fascist, like Matteo Salvini in Italy, some of them so brazenly idiotic that to even credit them with ideology is to praise their intellectual ability more than they deserve, like Donald Trump in the United States.

This is the anti-fascist struggle of our generation, the battle against that old idea that you must show absolute loyalty to the nation, to the great leader, and watch the institutions that hold them to account – the media, the judiciary, the NGOs – be dismantled, that you must treat people from outside your culture as simultaneously inferior and yet also an existential threat to your way of life, that you must give over to the group, to the tribe, and stop thinking for yourself or challenging authority. They all have different theme music, but they operate to the same tempo.

Brussels, which has been paralysed by indecision in the wake of this movement, is starting to face up to the threat. This week they triggered Article 7 proceedings, which sanction a member state, including by loss of voting rights, if they're in "serious and persistent" breach of European values. Orban plainly satisfied this benchmark, but the end of the process requires a unanimous vote in the European parliament, where he is likely to be saved by Poland, which is also facing Article 7 efforts.

British MEPs did not support it. Instead, they were whipped to oppose the move. Only one – Nosheena Mobarik – rebelled. Two – Charles Tannock and Sajjad Karim – abstained.

The whipping operation nearly proved decisive. Triggering proceedings requires a two-thirds majority and it only passed the threshold by 22 votes. The Board of Deputies of British Jews put out a statement condemning the move, alongside the Muslim Council of Great Britain.

Downing Street soon got panicky about it and demanded that MEPs tweet out some hastily scratched-together message about how the vote was not an endorsement of Orban but based on constitutional principle. It is nonsense. The reality is that it shows what the Conservatives consider important in Europe. They oppose Brussels. They will support anyone who offers an alternative, even where that alternative is Orban's: a boot stamping on a human face.

This moment has been a long time coming. David Cameron removed the Conservatives from the European People's Party grouping, where mainstream centre-right parties are collected, and set up the European Conservatives and Reformists group, which now operates as a home for all the authoritarians and nutcases of Europe, including the Law and Justice party, which rules Poland like some kind of modern-day Spanish Inquisition. This process did not start here. It is the logical end-point of years of deteriorating Conservative respectability.

For any believer in the British political process it should provide a moment of appalled reflection. The most successful political party in the world, Britain's lobby-group for pragmatism and tradition, is now finding itself in league with fascists. It's not because they have a shared worldview – although the harder fringes of Brexit rhetoric in the party certainly resemble Orban's – but because of a shared enemy.

There is time now for the party to rein itself in, regardless of Brexit, and disassociate itself from what is happening in Europe, America and parts of its own membership, both in the rank-and-file and the parliamentary party. It can still lay the claim to respectable centre-right thought and against the poison of authoritarian nationalism, but it needs to recognise the gravity of the moment it is living through and adopt a principled stance in the face of it. That is something it currently seems incapable of.