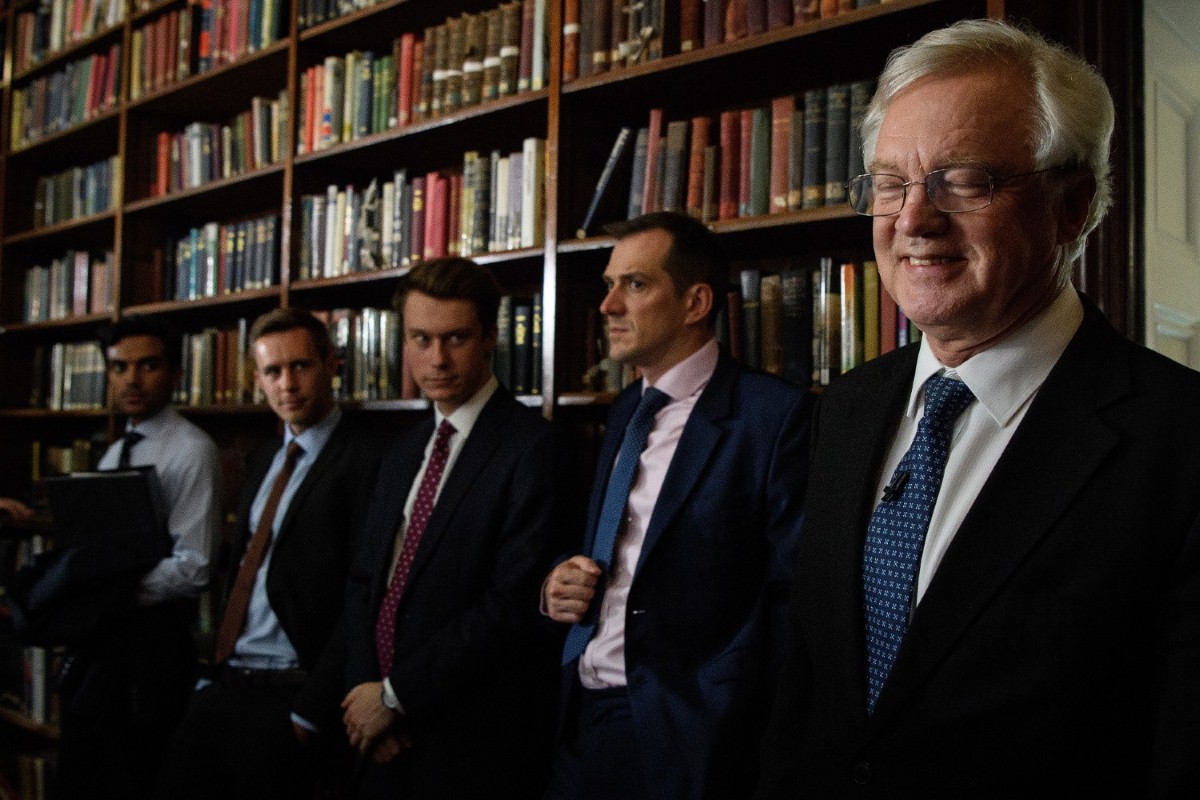 The fight over a meaningful vote on the Brexit deal isn't over. As the dust settled last week, it seemed as if the hard Brexiters had won. Dominic Grieve's gang of Tory rebels appeared to have been bought off. All was lost.

But today the influential Brexit committee, made up of MPs from across political parties, has come out hard pushing for a meaningful vote in the event of no-deal. "While the Cabinet continues to run down the clock as it tries to agree on a plan, it would be unconscionable if the House of Commons was not provided with the time and opportunity both for the fullest debate and to enable a clear expression of its opinion on the most significant decision our country has faced in a generation," chair Hilary Benn said.

But what does this mean? Why are they still pushing at something which has already been ruled out in legislation? It's because last week's government victory may not be as comprehensive as we thought. There are things afoot in Brexitland which could still deliver a meaningful vote.

These two parts are separate, but of course they play into each other. If parliament is powerless to stop no-deal Brexit, it is less likely to vote against the deal the government comes back with in the first place. That's why we bundle the discussion together as being about a 'meaningful vote' even though we're actually talking about a bunch of votes.

Part one will come in the form of a motion and then through primary legislation. These are both amendable. That's important because it means parliament can put terms on accepting the deal, like a referendum on the final terms. Basically it allows parliament to make decisions of its own, rather than just decide whether it likes the government's ones.

However, the government will invariably argue that if the deal is amended it cannot ratify the treaty with the EU, because it would go against what was arranged. This is tosh – it would be an instruction to the government to sort things out, no more. But the government will make the argument. It'll be a very high stakes game of chicken between the executive and the legislature and the executive will probably win, because most MPs will balk at the idea of allowing something as catastrophic as no-deal to take place.

This is why a lot of the Brexit committee's time in this report is dedicated to trying to firm up government commitments on that motion. They brand it "unconscionable" that the Commons not be given the opportunity to deliver "a clear expression of its opinion", with the Speaker able "to select a series of different amendments for consideration". They demand that the motion expresses "the view of the House as a whole even if this differs from the government's preferred wording".

But there is also action on the second part of the equation – what happens in the event of no-deal. The government has said this will be a neutral vote. What this means in practice is that the prime minister would come to the Commons, say we were leaving the EU without a deal, and MPs would only be able to vote on the fact they have debated it – they wouldn't be able to say whether they support or oppose this course of action, or amend it to propose another one.

Last week's supposed concession by Davis was merely to say that the Speaker, John Bercow, would be able to decide if the motion was amendable.

"It will be for the Speaker to determine whether a motion when it is introduced by the government under the European Union (withdrawal) bill is or is not in fact cast in neutral terms and hence whether the motion is or is not amendable."

This sounded impressive but it didn't seem to add up to much. It is obviously up to the Speaker to decide if something is put in neutral terms. But if it is, the Speaker cannot put amendments to it.

Or so we thought. Now a few figures inside and outside parliament are starting to ask if there might possibly be more wriggle room than we had originally assumed. It is possible that the intention of the motion could possibly be taken into account by the Speaker alongside the wording. Perhaps he could take a broader view of whether the motion was neutral, rather than a strictly semantic one. These are the types of questions being asked by constitutional boffins.

This is pretty heady constitutional stuff – it would create absolute scenes. But the Speaker may have a bit more autonomy here than we'd thought.

The MPs behind today's report are also testing out a few constitutional waters. Tellingly, they want the procedure committee, which considers the practices in the Commons, to play a more active role in things as we head into autumn. People all over the place are exploring constitutional mechanisms, trying to find ways to firm up the rules of the game ahead of the big battle everyone knows is coming.

"The provisions in the European Union (Withdrawal) Act 2018 provide a framework for parliament's role in that scenario. Were this situation to arise, we would expect the government to provide an opportunity for both Houses to express their views, as the secretary of state [Davis] told the House they would. In such circumstances, the country would expect more than that its elected representatives simply 'took note' of the situation."

The state of this debate is technical, confusing and constantly shifting. It is bleeding-edge constitutional shenanigans with very high stakes. But despite last week's defeat, there are signs we could still get a meaningful vote on the Brexit deal. All is not quite lost. Watch this space.