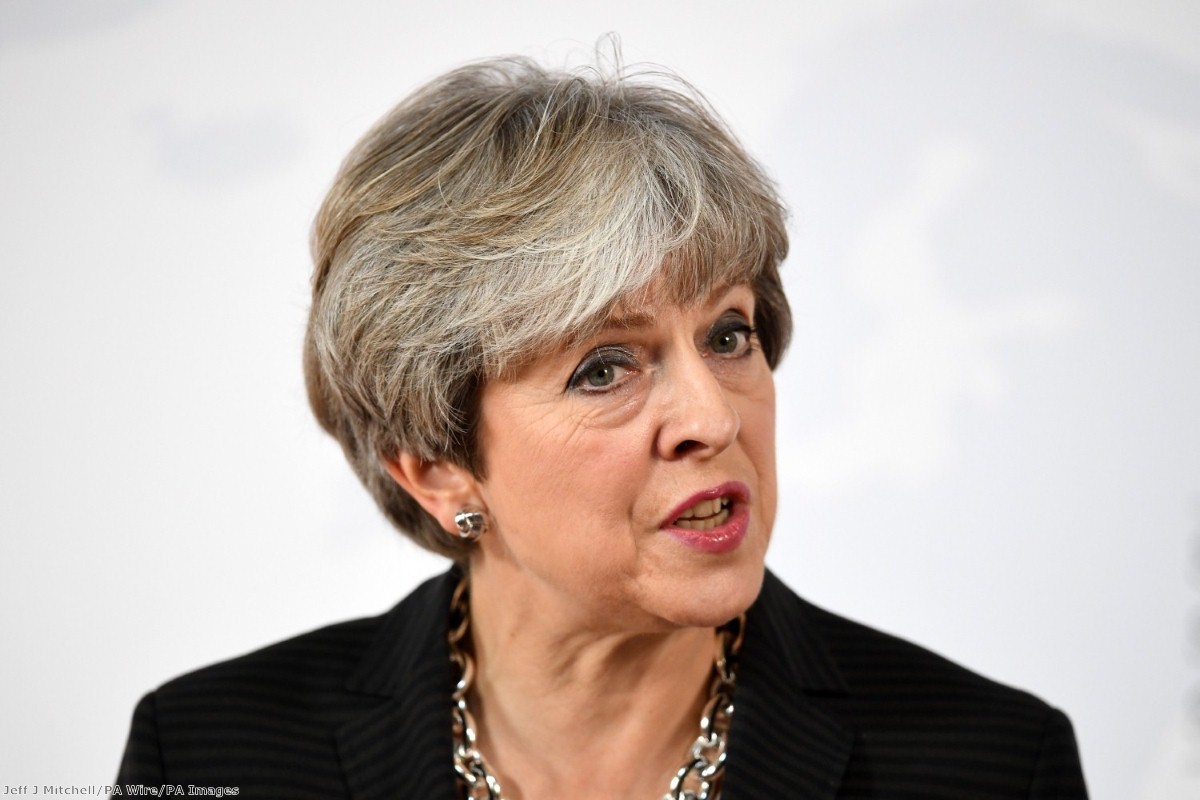 Florence speech: May kicks the Brexit can two years down the road

It's been over a year and Theresa May is finally somewhere close to where she should have been in the first place. A glimmer of reality has finally permeated the curtains of Downing Street.

There was an awful lot of waffle in the prime minister's Florence speech, but strip it all away and there are two pieces of news.

Firstly, there will be a transition of an unspecified length, but probably around two years, under existing EU rules. This means updating European laws as they are passed, albeit with no say in them, European Court of Justice (ECJ) jurisdiction and, yes, free movement, although May promised a registration system for new EU arrivals similar to that already used in many continental states.

Secondly, she's going to pay what the EU asks on the divorce settlement. She used a form of words of this – "the UK will honour the commitments we have made" – constructed specifically to abide by what Brussels demands. It is the secret password which should open the gates to phase two of negotiations. It is also a capitulation and one which should have been made months ago, once it was obvious it would be necessary. But there's no point dwelling on that now. The point that Britain's negotiators are utterly cack-handed is widely accepted and needs no further elaboration.

On the final trade deal, May was less clear. Indeed, the only conclusion you can come to is that she still has no idea what she wants.

The problem goes like this. Frictionless trade requires that you have the same standards as your trading partner. So if the EU has a rule on recycling in food packaging, so do you. That's why the product doesn't need to be checked at the border. But of course that means you have to accept all the EU's rules, despite having no voice in formulating them.

This is the key decision in Brexit. If you want full independence to set your own rules, you will take a hammering on trade. If you want trade to continue as before, you can't have full independence. You can put this plainly or poetically. You can set it to music or say it upside down. It doesn't matter. That is the choice which must be faced and it is one the UK government has no position on.

May outlined this problem and demanded "creative" solutions to establish a middle way. She then proceeded to offer no details about what that middle way might entail. Basically, she pointed out the problem then ran away from it. There is still no progress at all on what post-Brexit Britain will look like.

However, there was a significant advance today. The offer of a transitional arrangement on current terms fits with Michel Barnier's mandate for existing "regulatory, budgetary, supervisory, judiciary and enforcement instruments and structures to apply". This was always the case. Government critics have been pointing out that they needed to agree to transition on these terms for the last 12 months, only to be branded weaklings, cowards and traitors. Now, in news that will surprise no-one, it has happened. They pointed out that the EU's upper hand in negotiation meant the UK would have to agree to pay at least its contribution to the end of the seven-year financial framework. Now, in news that will surprise no-one, it has happened. We are finally where we should have been a year ago.

May promised a "double-lock" on the transition period (she still insists on calling it an implementation period despite tacitly admitting she has no idea what we'd be implementing). This promise isn't worth the paper it is written on. It is perfectly possible that Britain will never leave that transition period. We don't know what government will be in charge by then, or what the public view will be, or if events – economic or political – will have changed the whole debate. But until they know what their position is on that key issue of trade versus independence, there can be no real progress. Most trade deals on the scale May is dreaming of take a lot longer than two years.
Seven is more realistic.

It's possible that period will be extended over and over again. Or maybe Italy will have full-blown debt crisis and we'll desperately try to leave even without a deal. Or perhaps Britain's consumer debt bubble will burst, devastating the economy and driving us back into the arms of Europe. All that we really know is that May today firmly and confidently kicked the can two years down the road. The debate will go on longer and the cliff edge has been shifted further into the future.

Of course, the real question Remainers and Leavers have is: does this help our cause? And it's really not possible to know the answer. There is too much uncertainty.

On the Leave side, it makes it much more likely that we really will leave in March 2019. If there was no transition agreement, the reality of the cliff edge would have reared at that stage and any government with even a trace of sanity would have petitioned to extend Article 50, keeping us in the EU as negotiations went on. Of course, the EU can reasonably complain that they can't have a transition agreement unless the British government says what it is trying to transition to. But regardless, May's acceptance that we will stay in the single market and customs union during this period makes it much more likely that a transition can be agreed.

On the Remain side, it means that while we might be legally out the EU in 2019, nothing will really change until March 2021. That's a long period of time to change the debate. As Buzzfeed's Tom Chivers pointed out, simple demographics mean it favours Remain.

So! We're not (really) leaving until 2021. By which time, by my reckoning, death rates mean that Remain would win a referendum https://t.co/5WmhuybRDr

Debate could easily change in a manner which led to Britain to ask to rejoin the EU. It's not clear what the reaction to that would be. Perhaps by then the Europeans would be pleased to have got rid of a perpetual roadblock. Perhaps they'd have tired of us so badly they'll reject it out of hand. Perhaps they will agree but demand that we join the eurozone and Schengen, which might make it impossible back home. Or perhaps they will welcome us with open arms, as a fairy tale demonstration of the desirability of the European project.

In reality, this is a deferment of battle rather than a crucial win for one side or the other. Leavers can now be more certain of getting out the EU in 2019. Remain has a greater chance, overall, or being able to change the terms of debate while it's possible to re-enter. The battle has been prolonged.

It was always going to be this way. It just took May this long to realise it. The biggest losers today are those sane, well-rounded people who are bored of hearing about Brexit. The realisation must slowly be dawning on them that it is all we will talk about for years