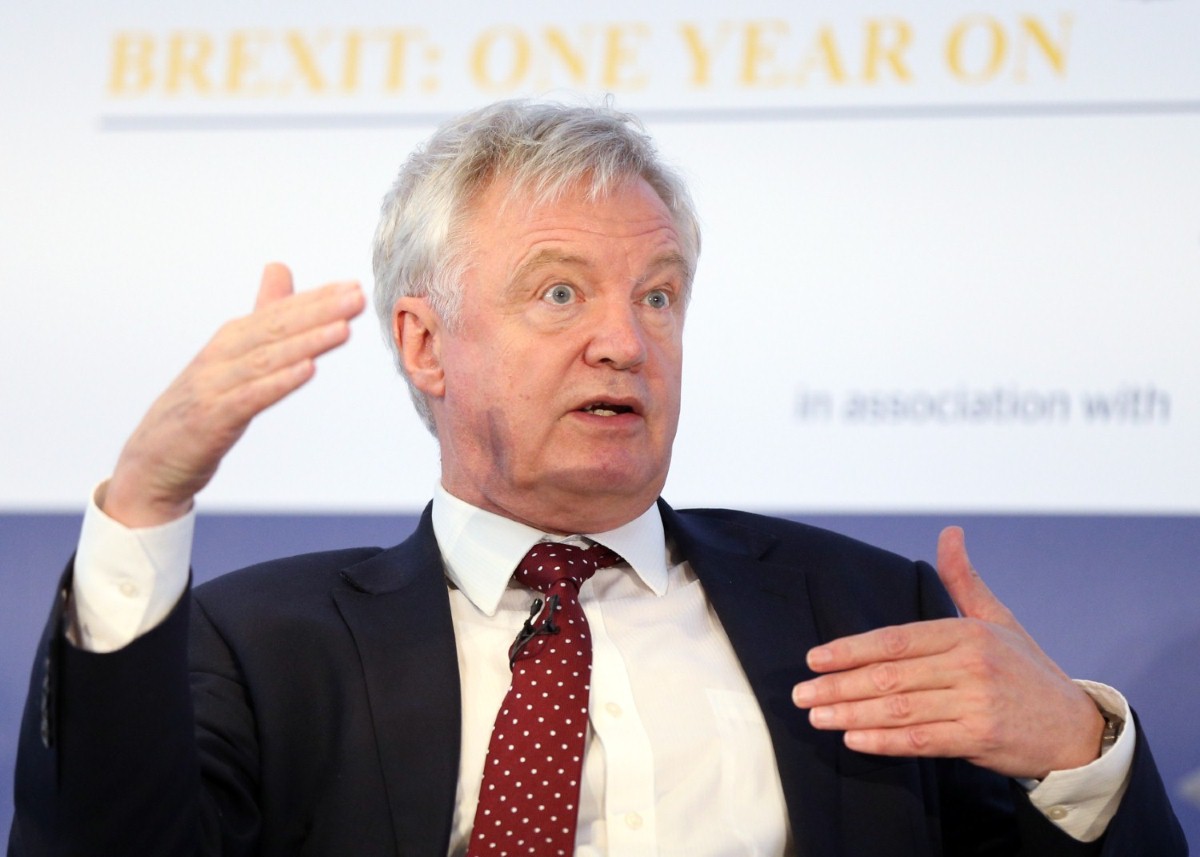 On the face of it, the repeal bill addresses many of the concerns of its critics. But once you dig in a little further, the full scale of the executive power grab becomes clear. There has never been a piece of legislation like this in modern British history. We have never handed the government so much power.

Ministers have a useful argument for why they are doing this: They have to. Pretty much everyone accepts that. In order to avoid a legislative black hole on the day we leave the EU, we need to copy and paste all the EU law into British law. That's a given. But when you do that, things quickly get a bit weird. The EU law will refer to EU member states, for instance, which we will no longer be. And it will refer to EU regulators which we will no longer be part of. Plus – and here's the kicker – we won't know which regulators we need, or what powers they'll have, or which standards we're mandated to stick to, until the negotiations are over.

Ministers therefore need wide-ranging powers to tinker with the law without meaningful and lengthy parliamentary scrutiny. It's the only way they can get everything into place in time for Brexit day. To do that, they will use Henry VIII clauses – mechanisms allowing them to implement legislation without going through the usual parliamentary shenanigans. No-one questions that the government needs these. What critics have demanded is that there are sufficient safeguards on when and why and how they are used.

You can't trust governments with the power to sidestep parliament. Back in the day, for instance, ministers secured powers to proscribe terror groups and freeze their assets. Then in 2008 it used that power to secure UK assets in Icelandic banks. Perfectly sensible, you might think, but a world away from what they said they were going to use that power for. In the same way, powers which they currently say they need to transfer functions between public bodies for Brexit could be used in a few years time to dismantle an environmental regulator. Once you've got a serious little bit of executive power lying around, it's tempting to use it. That's why the safeguards are key.

The repeal bill was finally published today, along with some explanatory notes. While everyone else writes up news reports on Theresa May's "little tear", analysts Joel Blackwell at the Hansard Society and Alexandra Runswick at Unlock Democracy – two of the most reliable experts on this type of thing – have been going through the legislation with a fine-toothed comb and they're not entirely happy with what they see.

There are, to be fair, some welcome safeguards here. The Henry VIII clauses can only be used for two years after we leave the EU, and there is a list of things you're not allowed to use them for. You can't use them to impose taxation, for instance, or create a criminal offence. There are also some pleasant passages in which the government pledges to respect European case law and hand powers to the Scottish and Welsh governments over devolved issues heading back to them from the EU, like agriculture and fisheries.

Then you come to section nine: 'Implementing the withdrawal agreement'. It is an incredibly broad power. I'm not sure there has ever been something like it in modern British history.

This basically allows a minister to do whatever they like as long as they say it is necessary for Brexit. In recognition of its scope, this one has a sunset clause of Brexit day itself. But sunset clause or no sunset clause, it is an astonishingly vast power.

Again, we know why this is there. The last few days of negotiation may be very hectic indeed. Let's say for instance that the talks are conducted as if Britain is leaving Euratom, but that at the last minute some deal is reached where it stays in. This now needs to be sorted in law with incredible speed. That's why ministers have that power. As the 'delegated powers memorandum', which goes along with the bill, says:

"It is essential that the UK is in a position to fulfill its obligations under a withdrawal agreement by exit day. Whilst the nature and scale of the legislative changes required are as yet unknown, it is important that we are in a position to start preparing the statute book as soon as possible once a deal with the EU is reached."

In other words, it's an insurance policy. But now let's imagine a different scenario than the Euratom one – a more pernicious one. Theresa May has promised a Commons vote on the final deal. But things are chaotic as we approach the final weeks of Article 50. It is not clear the government will win the vote or what will happen if it doesn't. A minister could use this power to start making changes on the ground – tinkering with law and regulators in a way that makes it all-but impossible for parliament to vote against the deal, because of the chaos it would trigger. If things were tight, you could create a Brexit reality on the ground and thereby force parliament to recognise it in a vote.

Ministers are asking for an awful lot of trust here – just at the moment when the stakes will be at their very highest and their long-nurtured Brexit project is most at risk.

Things become more troubling still when you get into the schedules – a long section at the back end of the bill outlining further government powers. This is the small print and it is alarming.

Part 3 (2) of Schedule Two seems to pull a fast one on the devolved assemblies. All those promises about their new powers suddenly disintegrate. It says that they can't make changes which would be "inconsistent" with those made by Westminster. In other words: you can do what you like as long as it's what we like. If the UK reduces the standards on the treatment of battery hens, for instance, the Scottish government cannot decide to stick to the previous EU level.

Then look at Schedule Seven. Parts 3 (1) to (6) refer ominously to "scrutiny procedure in certain urgent cases". These basically allow ministers to sidestep parliament altogether if they consider something "urgent". It is a vast power based on very vague conditions. The only safeguard is that it ceases to have effect after one month unless backed by both houses of parliament. But you can do a lot in a month.

You also get some sense of the government's real intentions when you see how they have split affirmative and negative procedures. Negative procedures – as you might have guessed – basically don't get any scrutiny at all. They are put down, then unless someone in the Lords or the Commons complains, they pass after a set amount of time.

Affirmative ones have to be actively given the nod by both house of parliament. In reality, this too is a nonsense – a pantomime of scrutiny. They're usually put to the Commons late at night, at the end of the day's business, when there's a handful of stragglers left. The committees these things go to are composed of uninterested MPs, who barely look at the powers they are supposed to be evaluating. The average hearing lasts for 26 minutes and there is no substantive vote at the end. To call them toothless is an understatement. They're like giving a boiled sweet to starving man. (There are some more details of how they work here.)

If the government really cared about safeguarding against its use of these powers, it could put down a super-affirmative procedure for the most controversial areas. This type of mechanism allows a committee in the Lords and the Commons to assess the power with the ability to veto it at the end. It also means you can change the power after the bill has been passed, which is extremely useful. Usually, it's set in stone when this happens. A liberal use of super-affirmative procedures would help address concerns and provide encouragement about the government's commitment to scrutiny.

If things were in any way normal, we would expect the creation of a public body to involve primary legislation: an actual bill, debated in parliament, talked about on TV stations and radio programmes – the standard democratic routine. But things are now so out of control that this type of thing is relegated to affirmative procedures and all other changes get negative ones. There is almost no strengthening of the scrutiny functions to check that the government is using these powers effectively.

It's possible that this is strategic. Perhaps the government only wanted to make some concessions now and keep others in its back pocket, for when it inevitably hits opposition in the Commons and – far more importantly – the Lords. The Lords are really good at taking this kind of thing apart and beating you to death with it.

But we can only judge these things on where are now. And as things stand, there are real reasons for concern. The bill itself has plenty of promise, but the small print appears to undermine it completely.

Brexit was supposed to be about taking back control. If this bill is anything to go by, it is ministers – not the public – who are doing so. This is as dangerous and far-reaching a piece of legislation as we have seen in our lifetimes.