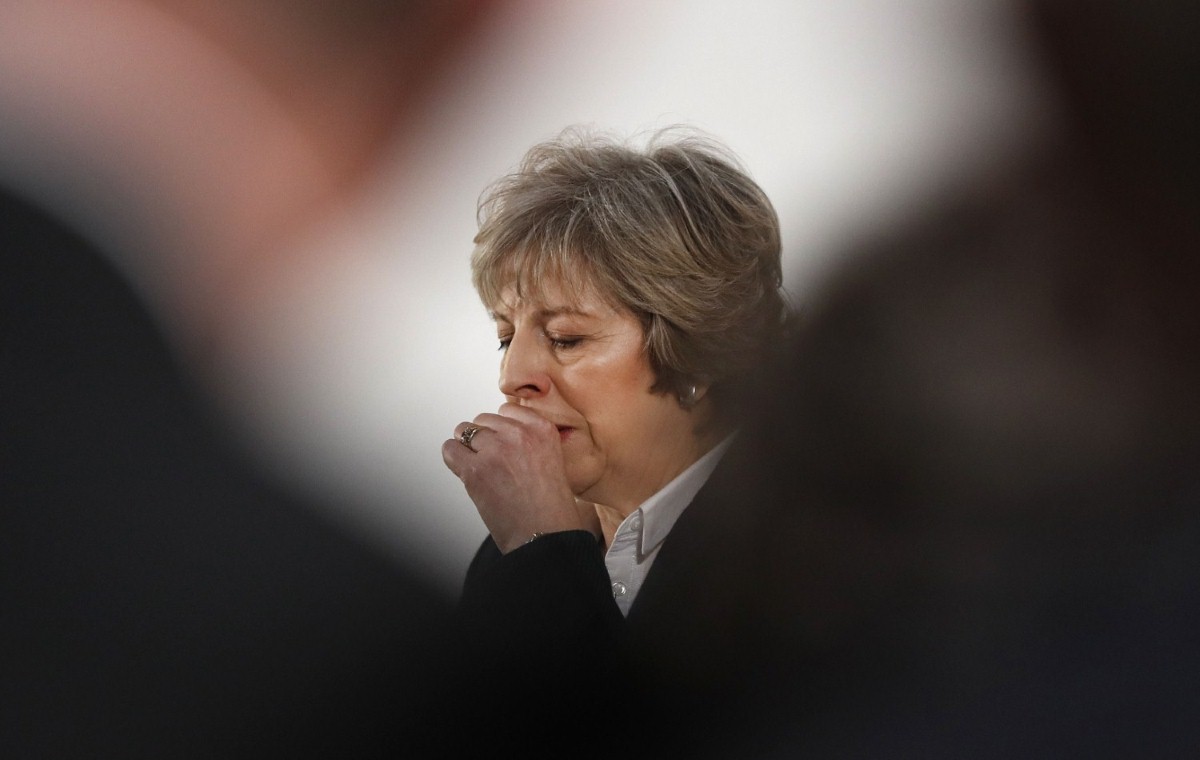 Extreme Brexit: This was May’s last moment of control

Theresa May should enjoy today. It is her final moment of control. Her speech confirmed that Britain was leaving the single market. There would be a free trade agreement with Europe, somehow miraculously agreed during Article 50, and then an “implementation period” to enact the changes after April 2019.

For anyone who believes in staying in the EU, or the single market, or is merely concerned about the government’s grasp of the Brexit issue, today seems like a moment of total failure. The domestic political consensus for hard Brexit seems fixed. May has confirmed it. There is all the reason in the world for despair.

They should resist that temptation. Brexit is a marathon, not a sprint. The key moment is not now, but months from now. Today May announced a plan that she will not be able to deliver.

Her problem is time. Article 50, when she triggers it in March, gives her just two years to complete everything. It's a very long checklist of items.

FIrst she needs to agree the administrative elements of Brexit, like MEP office payments, who owes what to who, and what to do with EU citizens in the UK and UK citizens in Europe. This is the easy part, but even that will take time.

Then she needs to agree a free trade deal, which is highly unlikely to be possible in this time frame. Canada’s deal took seven years and that barely covered services. Britain is a services economy and not only that – it is a financial services economy. Many countries are wary of allowing financial services to penetrate their market. Others will be wary of giving the UK a good deal because Brexit provides an opportunity to bolster their own financial firms. Others might simply be motivated by political anger.

She also needs to get Britain’s domestic legal and regulatory arrangements up to a level where they can handle the duties which used to be done by European bodies. This is a massive operation. In some cases she needs to create new regulators, in others to move legal responsibilities to existing ones. She needs trade remedy bodies to handle disputes at the WTO. She needs to set up reciprocal recognition arrangements within the UK economy so that goods made here can be recognised by the EU at the border to allow for frictionless trade.

This is not really possible in two years. And she doesn’t actually have two years. She’s choosing to trigger Article 50 just before the French elections in the spring, which are followed by the German elections in the autumn. It’s likely that only small administrative tasks will be addressed until these two key European players are done with their domestic troubles. So she may well lose the first six months or so. Then any deal will need to be voted on by the European Parliament and Council. That will take the last six months. So in fact she has about a year of clean, full-attention negotiating time to work with.

It's not even clear she'll win those votes. MEPs have been utterly alienated by Britain’s post-referendum rhetoric and belligerence – especially the now-discarded threat to set up lists of foreign workers in firms. They may not play ball. Certainly, we’re going to need a very impressive lobbying operation to make sure they do.

And after all that, a trade deal would need to be ratified. If the Canada example is anything to go by, that involves a veto by all 27 EU member states and even some regional assemblies, like Walloonia in Belgium. And it also involves a vote, as May announced today, in the Commons and the Lords.

This is why experts (you remember them, we used to be keen on  them) said from the start that she urgently needed to extend that two-year window. And it looked for a second like she might have listened today. But then the details emerged. She would not support a ‘transitional’ arrangement. She would only support an “implementation” period. In other words, all the arrangements would be finalised within Article 50. The secondary deal would just give Britain time to get all its regulations and legal bodies in line. Not only does this do nothing to address the need for more time to negotiate. It also places the benefits of the extended period almost entirely on the British side. “The interim arrangements we rely upon are likely to be a matter of negotiation,” May conceded today. You can say that again.

If no trade deal is reached with Europe – or it is but no agreement is made on a transitional deal – Britain faces a cliff-edge drop out of the single market. That is the consequence of failure. Tariffs will devastate the car and food industry. We will have lines of lorries at Dover winding back to London, because of sudden border controls. Financial services firms will migrate away to the continent. Our regulatory structure will be in chaos, pushing away even more investment. It is the armageddon option. No government in its right mind would allow it.

May knows this. She is about to play a game of chicken with the EU. In the most revealing section of the speech, she said the cliff edge would be “an act of calamitous self-harm for the countries of Europe”, whereas for Britain “no deal is better than a bad deal”. In other words, a cliff-edge Brexit is worse for the EU than it is for the UK.

You can imagine what was said to her to convince her of this position. It would be bad for Europe – no bones about it. Eighty per cent of EU financial service transactions happen in London. The Germans sell us loads of cars and would like to continue doing so without tariffs. European leaders want security cooperation to stem the flow of horrific terror attacks in Germany and France. Eastern Europeans want assurances on military help, especially now the election of Donald Trump has cast doubt on the viability of Nato. And all this comes as the EU faces multiple internal and external crisis which push it towards options offering stability. May does have cards to play.

But she appears to have radically overinterpreted these relative strengths. Her position – our position – is still one defined by weakness next to a stronger partner. That is not a statement of pessimism or lack of faith in Britain or any of that nonsense. It is a sober assessment of fact.

As bad as a hard, chaotic Brexit would be for Europe, it would be worse for Britain. Half our trade is with the EU, whereas less than a fifth of the EU’s trade is with us. They are losing a part of their market, we are starting again from Year Zero, completely alone. And even if this imbalance of scale was not pertinent, the EU is not guaranteed to behave rationally. There are emotional political forces at play too. As Michel Barnier, the EU Commission’s chief negotiator, confirmed recently, Britain has to get a worse deal than it would have in the EU, or Brexit serves as a sign of encouragement for everyone else to follow suit. He is not going to deliver on that pledge by rushing through a comprehensive and hugely controversial trade deal for a leaving state and then creating generous “implementation” stages so they can take their time to prepare for it.

And even if all these points did not apply, May is not actually dealing just with the EU as a block, but also with each member state as an individual entity. Imagine the EU as a whole wants to avoid the cliff edge. Even in that unlikely best-case scenario, each country still gets a veto on trade deals: Just one – presumably a country with little trade with Britain – can scupper the whole thing. May’s plan puts the living standards of every British citizen in the hands of the regional assembly in Wallonia.

She is having a Mexican standoff with an opponent she does not understand, amid power dynamics she has not comprehended, for the highest stakes imaginable.

This was her last moment of control. Once Article 50 starts, the brute force of reality will invade the self-interested dream Britain has been having since June 24th. It is easy for May to be popular now and for even some Remainers to be won over. After all, she’s just saying what she wants. Anyone can look firm when not confronted with opposition. But soon she is going to be facing the truth of her predicament, and then views will not be so sympathetic.

As food prices rise due to sterling’s fall, as banks start to shift their operations overseas in a bid to keep passporting, she will look increasingly weak and trapped on the international stage.

There is no guarantee that that situation will play into the hands of those who want to remain, or who desire a soft Brexit. Perhaps it will do the opposite. But those concerned by what is happening should position themselves now for that period, which will start, in all likelihood, after the German election in the autumn. That is when Brexit will be decided. May should enjoy this moment of seeming in control. It’s likely to be the last one she’ll have.