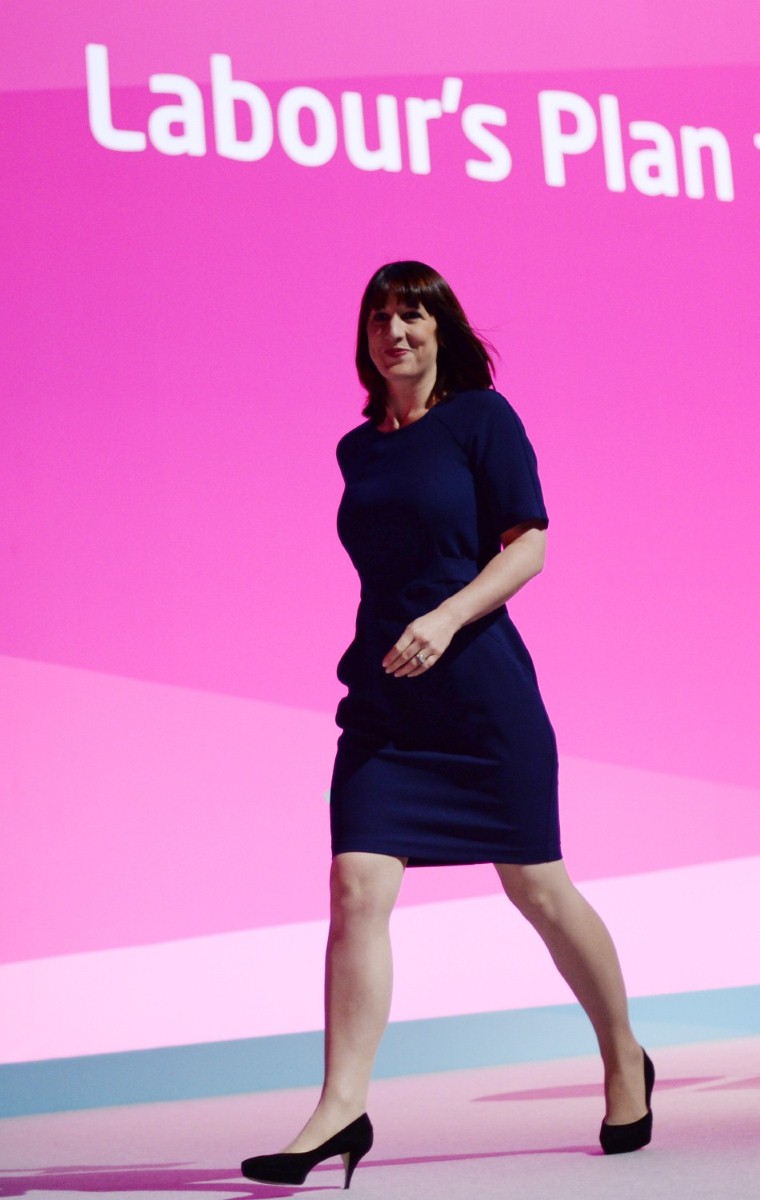 Every day, more MPs emerge to pronounce the end of freedom of movement. They dribble out, one by one, Conservatives and Labour, always with the same message. They make sure they mention that immigration is economically beneficial to this country. It’s a wink to the rest of the political class. They know it’s all guff. And then they put on their Ukip facemask and do the immigration dance.

Sometimes they contrive hopeless arguments making out that they're actually being progressive. Sometimes they admit it is because they want to be re-elected. They’ve knocked on constituency doors and heard the same abysmal blame-the-foreigner rubbish we’ve all heard. They’ve decided it’s easier to pretend to accept it rather than try to fight it. This is the patronising new piety of the political class: to never correct, to never disagree. To pretend you are a robot of the public's will while you whisper your exasperation to fellow MPs in Commons bars.

The latest culprits are Rachel Reeves, Emma Reynolds and Stephen Kinnock, whose contributions to a Fabian pamphlet on Brexit show that they want to treat freedom of movement as a ‘red line’ against the Tories.

Reeves’ piece, which is particularly asinine, is like a cut-and-paste of all the standard phrases Labour MPs use when addressing this issue. If you played ‘Labour MP on immigration’ bingo you’d be hammered in five minutes. One sentence literally reads:

“Looking back, I think politicians’ failure to acknowledge voters’ legitimate concerns meant we didn’t earn the right to be heard on other issues.”

Reynolds actually admits wanting to impoverish the country rather than make the case that we are entering a period of economic self-harm on the basis of lies and racist innuendo from Ukip and the right-wing tabloids.

“We should seek to protect all the progressive aspects of our membership, such as the legislation which protects workers’ rights and the environment. However, it is my strong view that no future deal can retain free movement of people in its present form. We must argue for restrictions while getting the best possible economic deal in the circumstances. This won’t be as good as the status quo but leave voters clearly said that their concerns about immigration trumped their worries about the economic cost of leaving.”

But Kinnock is by some margin the most hypocritical as he ties himself in knots trying to justify himself.

“It’s no cheap imitation of Ukip, nor an ‘electoral ploy’, but an approach born of progressive values and our desire to see them realised,” he says. “The starting point must be to view our core values through the prism of immigration, and to conclude that immigration itself is not a left wing value.”

What fabulously stupid nonsense. They are proposing the exact same red line the Tories themselves want. Their only contribution to the debate so far has been to demand that the Conservatives become even more reactionary and narrow-minded than they already are.

Europe has made it clear that there will be no compromise on freedom of movement. Probably there is more wriggle room than that, but saying, as these Labour MPs are, that ending freedom of movement is a red line, just makes a hard Brexit more likely. Actually, it makes it nearly unavoidable.

Let’s just point out what the consequences of that are. It means we will drop out the EU, with no trade deal, onto WTO rules. This is inevitable, unless the British team can secure an extension in the two-year timetable of Article 50, something they have shown no signs of even trying to do let alone succeeding in. It is simply impossible sort a trade deal in two years, so this is an inevitable consequence of refusing to negotiate on freedom of movement. That means we’ll be out the single market with no EU trade deal, having lost all the mutual recognition agreements on trade with countries like the US, Australia and China that we enjoyed under the EU umbrella.

That means tariffs on our exports of manufacturing goods to the EU, which is our biggest market. And tariffs on our imports of the component parts of those products from the single market. It means consignments being stopped at the EU border and tested, at the cost of thousands per go. A system-wide slow down in our trade capacity. It means a drying up of investment in the UK. It will devastate working class communities.

And once the immediate devastating economic effect has passed away, we’ll be in the WTO system, where you can only liberalise unilaterally. Try to increase protections for domestic industry and you’ll find it very hard indeed. It is a free market project on a global scale.

And now we have Labour MPs driving us towards it. They are cooperating with the right of the Tory party to force Theresa May into adopting a position which will be more harmful to industrial workers than the one she seems to be currently contemplating. After all, her comments on freedom of movement have been much more vague than theirs are. They are actively working to force her to harden her position. Instead of helping her prepare the ground for a climb down, they encourage her onwards.

It is an act of utter spinelessness. An expression of self-interested political cowardice at a key moment in this country’s history.