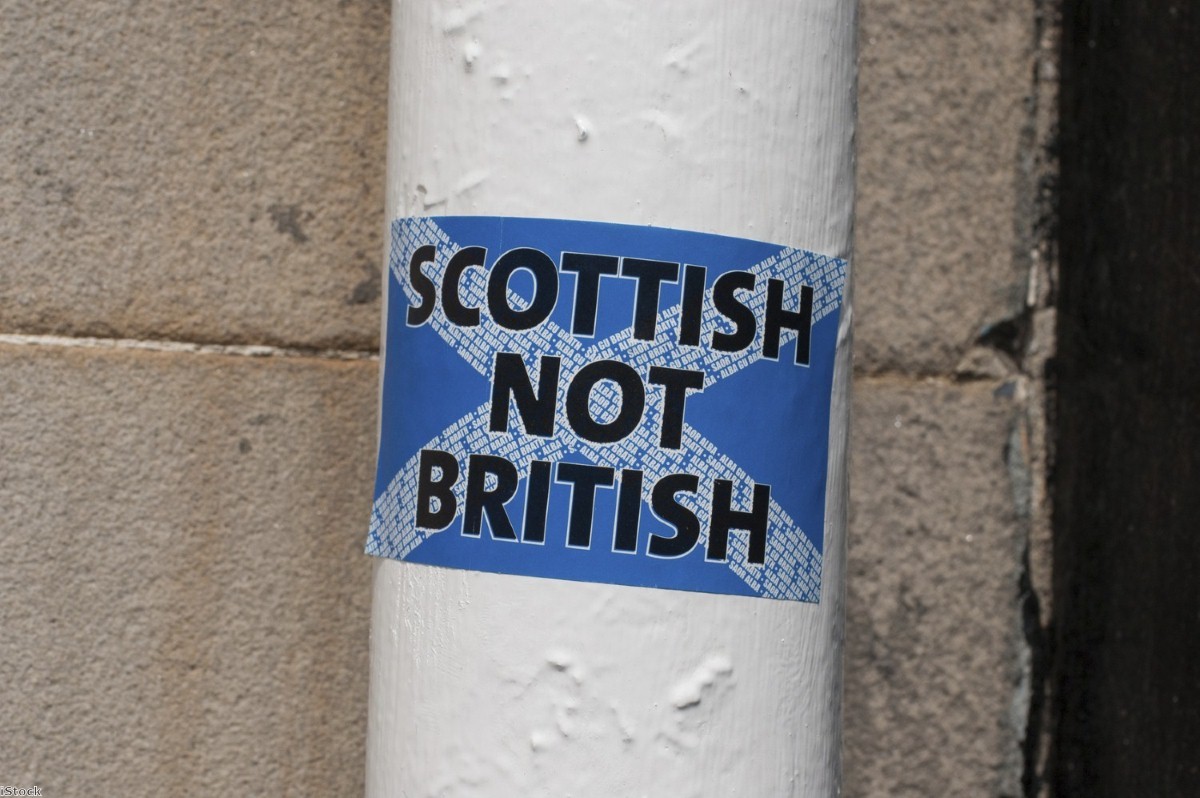 Another Scottish referendum could kill off independence for a generation

Having committed to it in the last manifesto, Scotland's SNP government will almost certainly have to host another independence referendum over the next two years.

The case for it is obvious. Scotland was dragged out of the EU against the wishes of Scottish people. But will it succeed?

To be clear from the start, I support Scottish independence. I want to see Scotland as a self-governing nation. I believe it will be the best thing for those in my home country and for social justice. That is why I don't want to see another referendum loss, which would almost definitely kill the issue for a generation.

In many ways the fate of Scottish independence is inextricably linked to that of the next Tory leader and their negotiations with Brussels.

If Merkel, Hollande and co play hardball, and if the stories of economic punishment are proven to be true, then Scotland, England and Wales will face a severe economic storm. Surely that would cause those that voted No in 2014 to reconsider?

Maybe. Except we were warned about it. There was no shortage of commentators, rating agencies, multinationals, business consortiums and government ministers taking to the airwaves to tell us how badly everything would go.

These same voices will no doubt be on hand to warn Scots of the further perils that the breakup of Britain would cause on top of that. It'll be Project Fear all over again. Only this time they'll have a track record. If they are proven to be correct about the EU (a big if) then why would people automatically assume they're lying this time?

'Last time we broke away from a major political/economic union the results were as catastrophic as all of the experts warned. I don't like them, but maybe they’re not bluffing when they say Scottish independence could make things even worse.'

At the same time, if the scare stories are proven to be unfounded nonsense, and if Brexit goes without a hitch, then what impact would that have?

Yes the democratic deficit will still be there, but then it has always been there, and those that see it as a particular priority already voted Yes in 2014. If Brexit was proven to be a good idea and if normality resumes in record timing, then why would those that voted to maintain the United Kingdom less than two years ago change their minds now?

Of course the likelihood of Brexit is that it won’t all be doom and gloom or milk and honey, it’ll be somewhere in between, but how far it lies from these extremes could be crucial to economic wellbeing. And that will be the important part.

The last Scottish referendum wasn't lost for any lack of anger towards Westminster, or any shortage of unaccountable Tory governments. It was largely lost on economics and currency. These are the issues that need to be addressed if the people who voted No the last time are to be turned around.

Brexit doesn’t necessarily do anything to answer these questions. The currency issue has become more complicated rather than less, and middle class financial insecurity and low oil prices are unlikely to be answered by greater political instability.

Andrew Smith is a London based Scot, he works for a human rights organisation and is a member of the Labour party