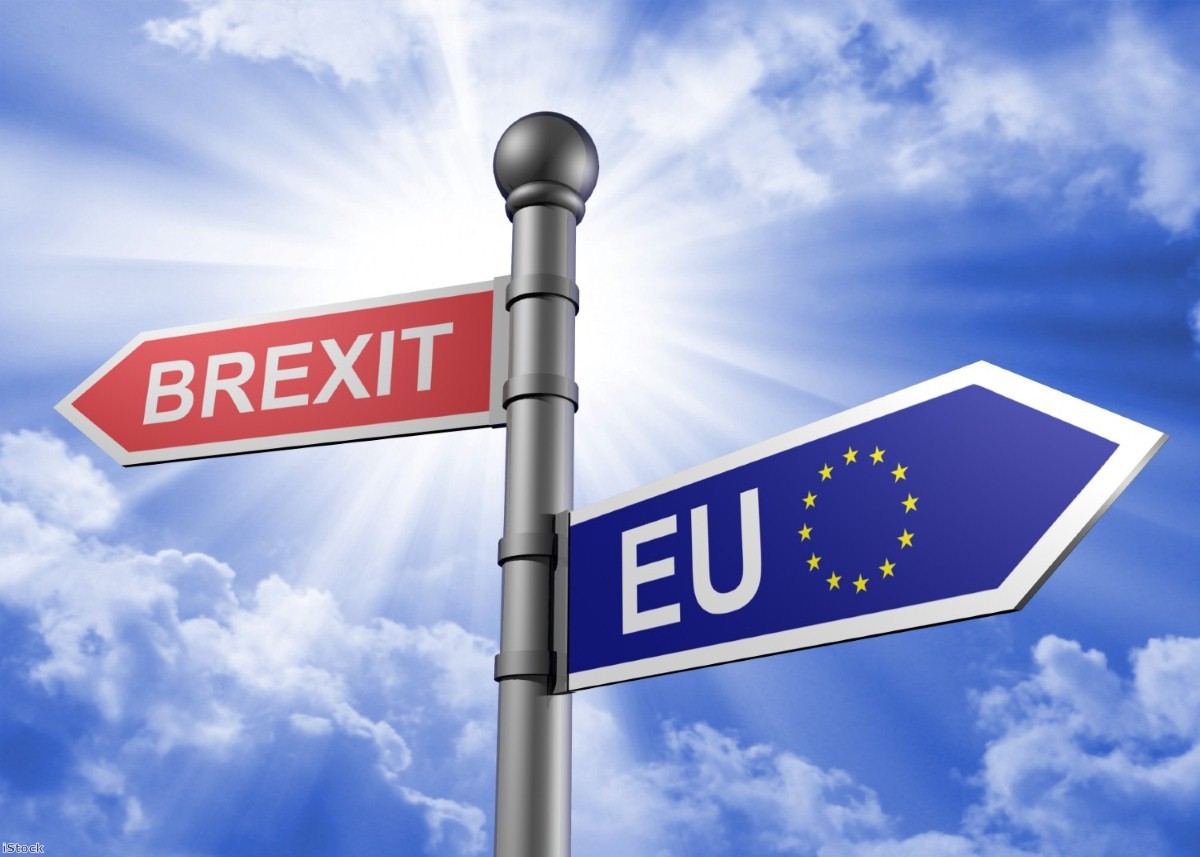 If you believe the Vote Leave strategy document published today, the land of Brexit is a calm and peaceful place. Things can be done in their own sweet time without us having a care in the world. We'll wake up on June 24th and when we're all done celebrating and having picnics, someone will sort out an EU free trade deal before May 2020.

"It is only after informal negotiations with both other EU members and the Commission that issues such as whether and how to use Article 50 will be clear," the document reads. "It makes no sense to trigger Article 50 immediately after the 23 June vote and before extensive preliminary discussions."

And whatever we do, the trade deal we have with the EU will be lovely and mutually beneficial. Why wouldn't it be? We already have tariff-free trade and regulatory equivalence.

It is a lovely story about a lovely future in which everything will be fine. Some people may believe it. After all, they were being told by the Sun this morning that Brexit put a "rocket boost to shares". Many more people will have read that front page than the FT's, which warned: "Swing to Brexit fuels turmoil: Global flight to safety smashes records."

But that's the real backdrop to a Brexit vote. The markets are already spooked. If Britain actually votes to leave the EU there will be a very severe period of market panic. Vote Leave's plan is for the British prime minister to go into informal negotiations with EU leaders and officials. Sometime after that, either with Article 50 or without it, formal negotiations would begin.

But this doesn't factor in the market panic, which will create a very pressing incentive for firm, public action immediately. That will especially be the case if, as expected, David Cameron steps down following a Brexit vote. Remember that the Tory party leadership election process would then need to kick in against this backdrop of financial crisis. It would be an moment of pure political chaos.

That market volatility will not just be in Britain. It'll be taking place in Europe as well. The pressure from EU leaders for quick, firm action will be huge. And that won't be pressure that the UK can ignore, because those EU leaders are the same people they need to sign off on the trade deal and negotiate Brexit terms. And that's not even to mention the political anger many of these leaders will feel towards the UK at this moment in time.

There is an alternative, of course. That's for the prime minister to announce immediately that the UK will stay in the single market. But if it does that, it has to keep freedom of movement, which would contradict the reasons the public voted for Brexit. I get the sense that many Brexiters would rather Cameron stayed on as prime minister so he could be the one to actually make this decision and receive all the accusations of betrayal which it would entail. But regardless, Vote Leave's campaign literature is clear that ending freedom of movement is of utmost importance, so this is not an option they can use, at least not on the face of it.

Vote Leave is also keen to pretend that the UK can avoid using Section 50 altogether. There's good reason for that. Article 50 is an extremely punishing system. Once it's triggered, there's a hard two-year deadline. Once that time period ends, we'd have a disorderly Brexit and just fall out with no trade deals as a safety net. That's the Year Zero option. It would be a disaster. Maybe, if we're lucky, European leaders could cobble together some agreement to extend that deadline, but there are no guarantees of that.

Secondly, Article 50 creates an asymmetrical negotiating position. The UK won't be negotiating bilaterally with member states, it will be negotiating with them collectively. The British prime minister will be cast out of Council of Ministers meetings when they are debating their joint negotiating tactics. In addition to the negotiating impact of that, imagine the political impact. Britain as the outsider: it will typify the environment in which these negotiations take place.

Vote Leave insist we can avoid Article 50 altogether. Greenland left in 1985 using Article 48 of the Treaty on the European Union. What they ignore is that Article 50 was explicitly written to form the system for leaving the EU since then. Of course Greenland left under another system – the system which is currently in place did not exist then. It does now and that's the system we'll be asked to use.

They also point to the 1969 Vienna Convention on the Law of Treaties as a system we could use under international law. They could try (the UK threatened to appeal to the Vienna Convention if it didn't get its way over migrant benefit reforms). Lawyers will have a field day making the arguments between international law and EU law. But it's unlikely to go anywhere and by the time it did the uncertainty would trigger an even more protracted market panic.

The European Commission has been very clear: it will be Article 50. And once we trigger Article 50 our bargaining power goes down significantly.

Vote Leave insists that the trade deal would be easy to sort because we're already all using the same regulatory standards. They do not mention – but could do – that countries like Ireland would be pressing the case for a decent deal for their own reasons. Fine, but again they ignore the political reality in favour of La-La land fairy stories.

Many European countries have an incentive to be extremely harsh with Britain in order to make an example of us. Francois Hollande will be keen not to allow an incentive for eurosceptics in his own country to think leaving is easy.

And any European lobby group worth its salt will be laying into their government getting them toughen up. What will the Paris stock exchange's message be? To let Britain trade unhindered with the European market, or to come down hard on us so businesses migrate over there? One can easily imagine the answer.

It's possible European leaders will be more accommodating. They don't want to lose UK trade and they may be able to wrap everything up in some language of British exceptionalism which, while without any legal ramification, discourages others to think they'd be entitled to the same deal. And the truth is, it is easier for the UK to leave than almost any other country. We're not in the eurozone, we entered late so have experienced life without Europe in living memory, and we never made EU membership a core part of our identity, like many others have.

But that's a lot of ifs. If you're a gambling man – and Brexit would make us all gambling men – they're not great odds. We are looking at an extraordinary, almost unprecedented, level of political uncertainty, against the backdrop of what is expected to be a severe market panic.

Vote Leave's twee little story of the birds chirping from the trees and the sun poking out from behind the clouds as a happy delegation bashes out a friendly deal just doesn't hold up.