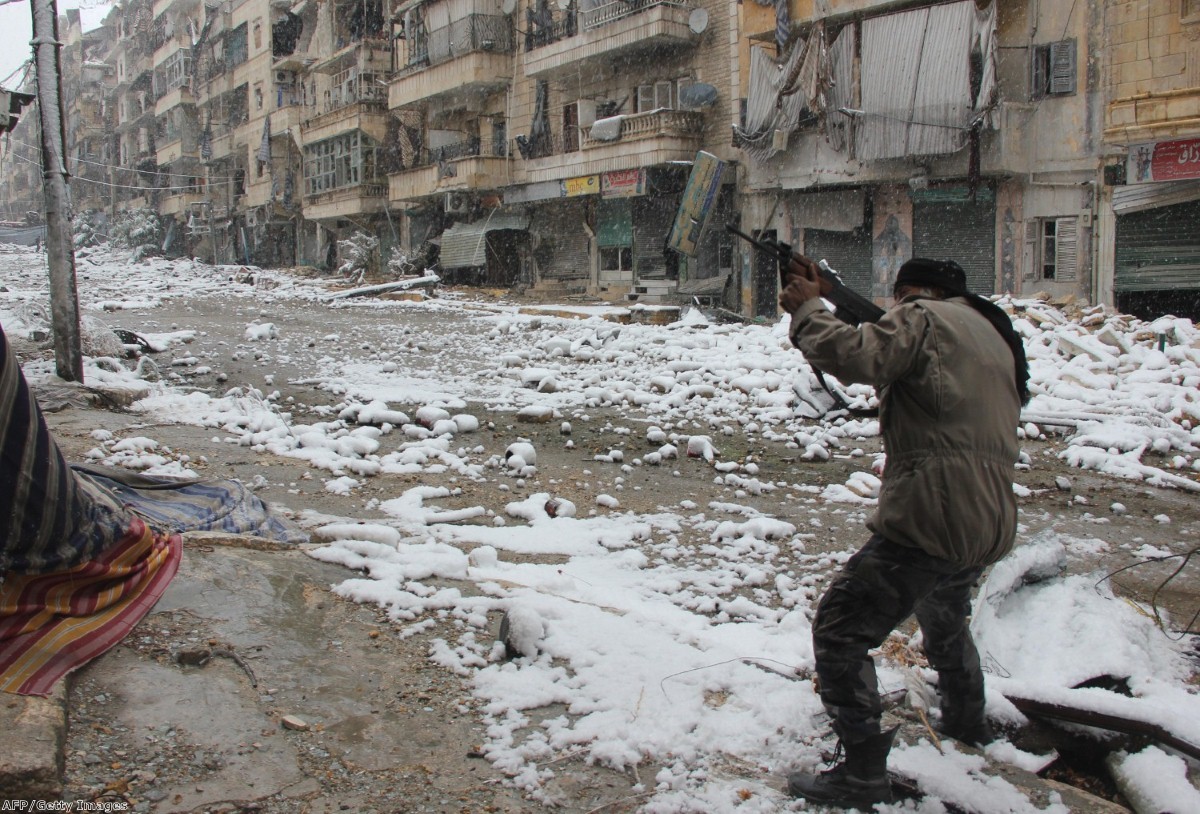 The decision to bomb Syria is despairingly complicated, but sometimes the most simple points need to be made. The first is that there is already a war in Syria.

This should not need saying. At the start of this year, the UN estimated that nearly a quarter of million people had died. But evidently it does, given that many are debating the extension of British air strikes to Syria as if it was a unilateral act of aggression.

@IanDunt armchair general…will you be on the ground when the bomb drops?

No he won't, but i'd like to propose the strapping of 'yes' voting MPs to each bomb they drop. @signsofrevolt @IanDunt

Iraq is such a dominant element in the thinking of many people on the left that they seem unable to disentangle the specifics of what is happening in Syria now from the specifics of what was happening in Iraq then. Iraq was an unprovoked war of aggression against a brutal regime which posed no danger to the West. It was morally, strategically and politically insane. Its supporters – despite their weak 'planning for the peace' excuses – are not just responsible for the tragedy which unfolded in Iraq, but also for the creation of Isis and the difficulties we now have in convincing the public of the case for humanitarian interventions.

Syria is different. Syria is at war, with civilians torn between a variety of murderous forces, from Assad and his prison torturers, to the pre-historic horror of Isis, to the disciplined but coldblooded Hezbollah militias fighting for the regime. The debate over bombing in Syria is not about peace and war. It is about harm minimisation. Will our intervention makes things better or worse?

That debate has no easy answer. Anyone certain about how to proceed is a fraud or a fool. There is no basis upon which to be certain. On the one hand we want to wipe out Isis before they kill us again – and there is surely no-one left who would question that they are a threat to us and would be even more so if they were ever able to really entrench themselves as a functioning state. We may also want to prevent an anti-Isis fight becoming a pro-Assad fight, which is what it will be if Russia is dominant.

On the other hand, one can see a terrifying prospect rearing its head – of two great international regiments building up. On the one side the Sunni forces of the Free Syrian Army, the western coalition and Saudi Arabia. On the other, the Shia forces of Assad, Iran and Russia. That looks like the kind of situation you'd look at and think: maybe best to stay out of it. That's especially convincing when the government has not been particularly effective when explaining what Britain could bring to the table.

Either position is perfectly reasonable. But let's not have the easy moralising which accompanies the debate, where anyone supporting bombing is dubbed a war-monger.
There is a lopsided arithmetic to the morality of warfare. Those suggesting intervention are blamed for every death, but those who oppose it are never blamed for the deaths which took place in its absence.

If Britain had intervened earlier, right at the start of the Syria revolution, we could have helped take out Assad, protected the Syrian people from his massacres and torture prisons, and prevented the rise of Isis. Britain could have broken the link with the morally dubious foreign policy of old and actively taken steps to protect the democratic potential of the Arab Spring. We could have lent British military power to those struggling for freedom.

We did not. Instead we prevaricated endlessly, talking about arming this side or that side, dilly dallying while Assad dropped his countless barrel bombs and chemical weapons. Those deaths are on our conscience just as the deaths in Iraq following the invasion are.

On August 8th last year, a day after President Obama announced strikes against Isis, US F/A-18 fighter jets and drones attacked Isis fighters as they approached Irbil, the capital of Iraqi Kurdistan. First they dropped bombs on a mobile artillery piece which was being used to shell Kurdish positions. Then they used drones against an artillery position. And then they dropped eight bombs on an Isis convoy of seven vehicles and a mortar position.

This type of attack helped saved Irbil from Isis' seemingly relentless advance. On February this year, Kurdish peshmerga fighters drove back an Isis advance to the south-west of the city. They came from several positions, near the towns of Gewr and Makhmour, about 28 miles away. At first they were so close the US military could not launch a strike. But eventually the peshmerga pushed Isis fighters back and strikes could be launched.

Irbil stands because of US bombing and the bravery of the Kurdish peshmerga. Consider for a moment the Kurds in the city, and the Iraqi Christian and Yazidi refugees who have made it there for safety. What would have happened to them if Isis had taken the city? We have a fairly good idea from what we have discovered in Sinjar, where Kurdish forces won a recent victory over Isis. Men and women separated. The men and older women killed, the younger women put into sexual slavery.

Coalition bombardment helped the Kurds keep these barbarians from taking the city, as it did in Kobane. When Isis did manage to break in – during what was more a terror attack than a military operation in June – they butchered 120 people, including women and children.

How do you do the maths on that? How do you work out if you save more lives than you end? That is the grotesque morality of war. And it's true that in the West we do not suffer the consequences. Supporters of military involvement – the so-called 'armchair generals' – do not get hit by the bombs they support dropping. But then opponents of military action don't have to be raped and executed by Isis either. If they had had their way, Irbil and Kobane would not stand right now.

We are not discussing whether to start a war. We are discussing whether to get involved in one. It is quite right to be uncertain about that. But it's appalling that so many on the anti-war left want to caricature a difficult moral decision as an act of aggression. Whether we enter or stay away: deaths are on our conscience. That is the moral price of being a military power.