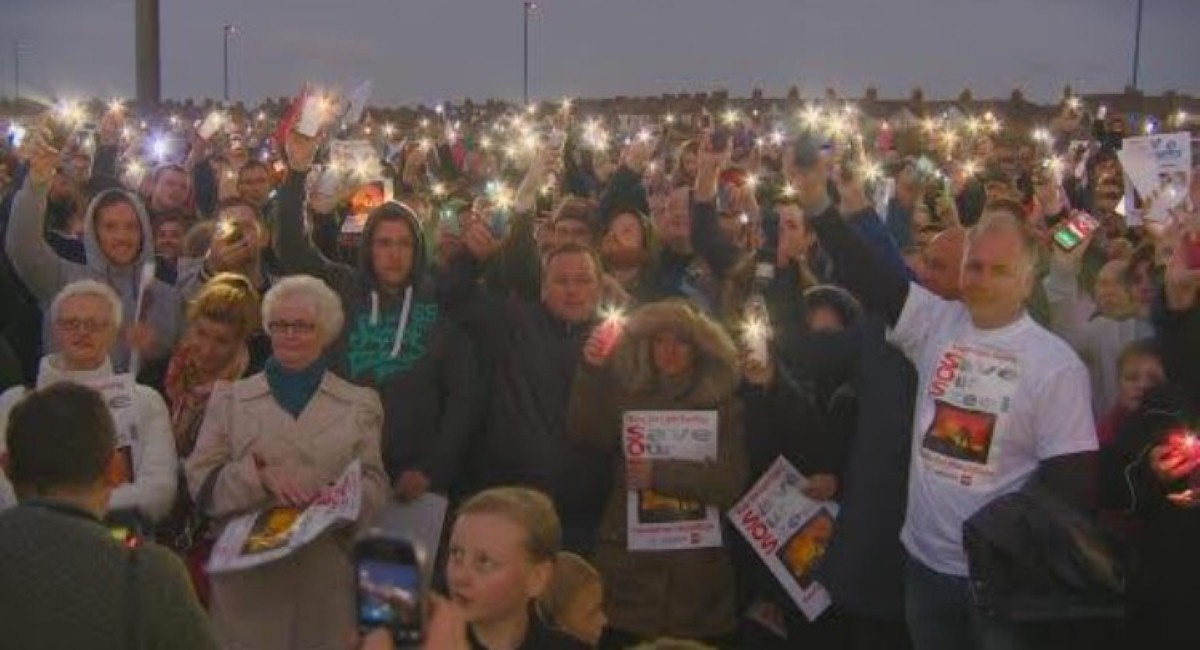 If David Cameron believes in the “northern powerhouse” why has he abandoned the Redcar steelworkers?

The mothballing of our steelworks in Redcar is a huge blow to Teesside. Generations of men and women of steel have forged the modern world – from the Sydney Harbour Bridge to Canary Wharf and Wembley Stadium. But steelworkers here now feel at the mercy of that modern world, powerless to survive in a global market without a government that is willing to back them.

My heart goes out to all the workers and their families who lost their jobs this week. There are thousands more people affected in the local area – those who work on the ports, carry the coal, supply the gas, wash the overalls and feed the workforce. It is absolutely devastating for our community and the local economy. For many people, steelmaking is all they, their fathers and their grandfathers have known.

It is the government's duty to step in and secure the steelworks so that we do not lose the industry on Teesside for good. The industrial marvel that is Redcar blast furnace cannot be allowed to collapse because the government is turning its back. It is a national asset for British steelmaking which needs to be properly mothballed so that when the global market turns, we can start producing again.

David Cameron has a clear opportunity here to show he believes in the future of UK industry. If he truly wants to see a ‘march of the makers’ and a ‘northern Powerhouse’, he must step in and secure our steelworks.

The Tories claim state aid rules prevent them from acting but other countries in Europe including France, Germany and Italy have all taken action to support their steel industries. We need to see the same positive approach by the British government.

Strategic industries like steel, which underpin other sectors from aerospace to automotive and construction, cannot be allowed to fail.

This is not just a crisis confined to Teesside. The whole of British steelmaking is feeling the strain. Tata Steel who operate blast furnaces at Scunthorpe and Port Talbot have recently announced job losses, and steelmakers in Corby and Tyne Bridge are also struggling with the fall in global steel prices.

The government have been aware of the challenge facing the industry for a while with steel producers, trade unions and MPs calling for help with the crippling business rates and energy costs which are leaving our steelmakers at a disadvantage compared to our competitors abroad.

While the chancellor has been abroad in China asking for bids to build High Speed Rail 2 and giving money to teach football, back home a key manufacturer is shedding thousands of jobs. We have a government that just does not believe in an active approach to industry and manufacturing, and is too willing to shrug its shoulders at market forces. It is turning its back on an industry and a community that needs it.

It's a disgrace that we are now facing a plant being mothballed with nothing having been done.

Over 170 years of toil and endeavour on Teeside, forging steel in the heat and the light, has come down to a few days of desperate fighting. Fighting to get wages paid. Fighting to keep the coke ovens and blast furnace with the fuel they need to stay alive. Fighting to save the plant and the very future of steelmaking on Teesside and in Britain.

Teessiders have shown their dignity and commitment to steel making. Now the government must do the same.

Anna Turley is the Labour MP for Redcar.