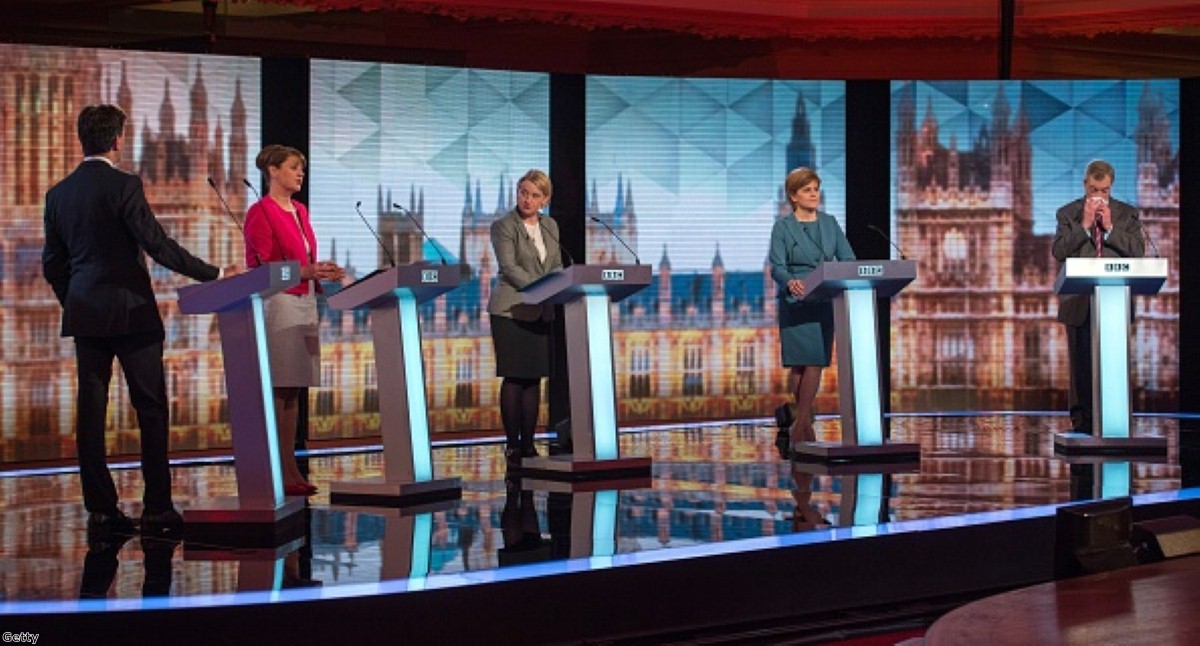 The conventional wisdom in politics is almost always wrong and so it proved last night. Most commentators predicted that the BBC leaders' debate would be a disaster for Miliband and an open goal for Nigel Farage. The opposite turned out to be the case.

As the only candidate with any chance of becoming prime minister, Miliband inevitably came under fire from all sides. But rather than crumbling as many predicted, Miliband remained calm, reasoned and persuasive throughout.

Farage's performance on the other hand was all over the place. It started off well enough as he played the candidate "saying what you're all thinking at home".

But rather than bank this camaraderie with the audience, Farage instead decided to turn on them, accusing them of "bias" against him. The huge jeers and boos that followed destroyed any good feeling that Farage might otherwise have received.

As the debate went on, things only got worse for Farage and better for Miliband. While Farage ranted about an EU army, Miliband spoke calmly about the deficit and housing. Not everybody will have agreed with what he said. Sturgeon put on a strong performance and many on the left will have sympathised with her description of Labour as "Tory-lite". Similarly, many on the right will have agreed with Farage's attacks on Labour's record on the NHS.

But rather than damage him, Miliband's response actually left him looking more prime ministerial than when he began. At times it felt like 'Miliband's Question Time' with every point leading to another response from the Labour leader. Far from weakening him, the attacks on Miliband actually seemed to make him stronger.

Farage on the other hand will only have damaged his cause. He entered the debate seeking to be the man of the people and left the debate looking like a ranting conspiracy theorist propped up at the end of the bar. Farage is a strong speaker and his core supporters will have sympathised with him, but few will have been converted by his performance.

It wasn't all easy-going for Miliband. His weakest moment came towards the end of the debate when he became more agressive against Nicola Sturgeon and the SNP. Of course the nature of these events is the candidates are required to attack each other, but Miliband was at his best when he left the attacks to others.

But overall, Miliband's strong performance will have left a lasting impression. Until this campaign began, the biggest obstacle for Miliband was that the public found it very difficult to see him as prime minister. Following last night's debate, a Survation poll of those who watched found more people saying Miliband would make a good prime minister than Cameron for the first time.

The prime minister chose not to take part last night under the belief that the debate line-up could only damage Miliband's chances. That now looks like a major mistake.