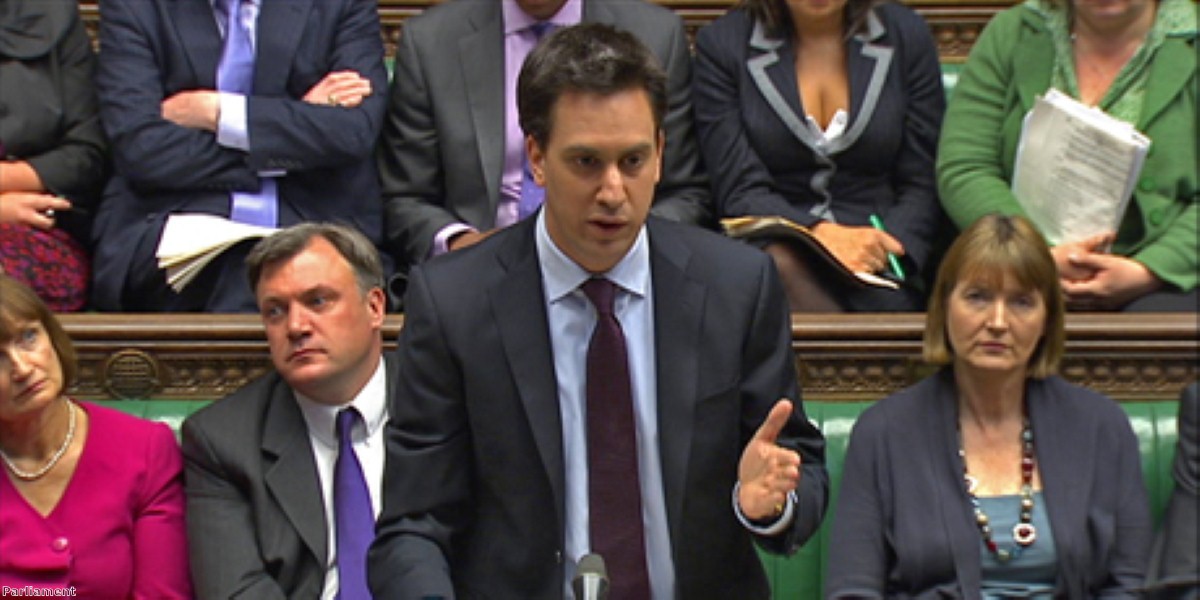 Studies in the US have found that weapons owners are much more likely to die a violent death than those who don't own one.

While gun owners always assume their weapons will make them safer, in the end they often end up being turned against them.

This fact came to mind during prime minister's questions today as I watched Ed Miliband's latest attempt to "weaponise" the NHS. The first weapon to be drawn from Miliband's holster was a list of accident and emergency services which David Cameron had pledged to save before the election.

Eight years ago he released a list of 29 hospital units under threat of closure and pledged a "bare knuckle fight" to save them. A few years back I went  through this list and found that many of the units had either already been closed by the coalition government or were soon due to be. Several more have been shut since then.

This is a clear cut broken promise from Cameron and any half-decent opposition leader should have been able to exploit it. And yet somehow Miliband simply wasn't able to. Despite holding the weapon in his hand, nobody seemed to have taught the Labour leader how to actually use it.

Miliband was visibly angry, aggressive and yet somehow totally unintimidating as he waved his new-found weapon around. Perhaps he'd left the safety on, perhaps it was just a replica, but either way Cameron never seemed in the slightest danger of actually being hit by it.

The prime minister long ago perfected the art of refusing to answer almost any question put to him. There is nothing particularly skillful or pretty about it. He simply ignores the questions and answers on something totally unrelated instead.

He has used this technique for months now and did so again today as he repeatedly reminded Miliband about his "weaponise" comments to the BBC's Nick Robinson and repeatedly criticized Labour's record with the NHS in Wales.

That Cameron would do this should have come as no great surprise to Miliband. He has done exactly the same thing during every other recent encounter the two men have had on the NHS. Miliband must have known he would do the same again today and yet he somehow seemed powerless to do anything to counter it. Instead he just got visibly angrier and angrier as his weapon repeatedly failed to fire.

Quite what the public make of the whole thing remains to be seen. Earlier this week I spoke to a lifelong Conservative-supporting doctor who told me how infuriating they found Cameron's refusal to answer straight questions about the NHS. Many others must feel the same and yet Miliband has still somehow failed to find any way of properly exposing or countering Cameron's approach.

The prime minister's mock outrage over Miliband's "weaponise" comments shouldn't be taken too seriously. All parties seek to use issues like the NHS for political advantage. Using issues to win votes is exactly what politicians are meant to do and nobody expects anything else.

But if you're going to use a political issue as a weapon you should know how to use it. So far Miliband doesn't even seem to know which direction the weapon should be pointed at, let alone how he should pull the trigger.