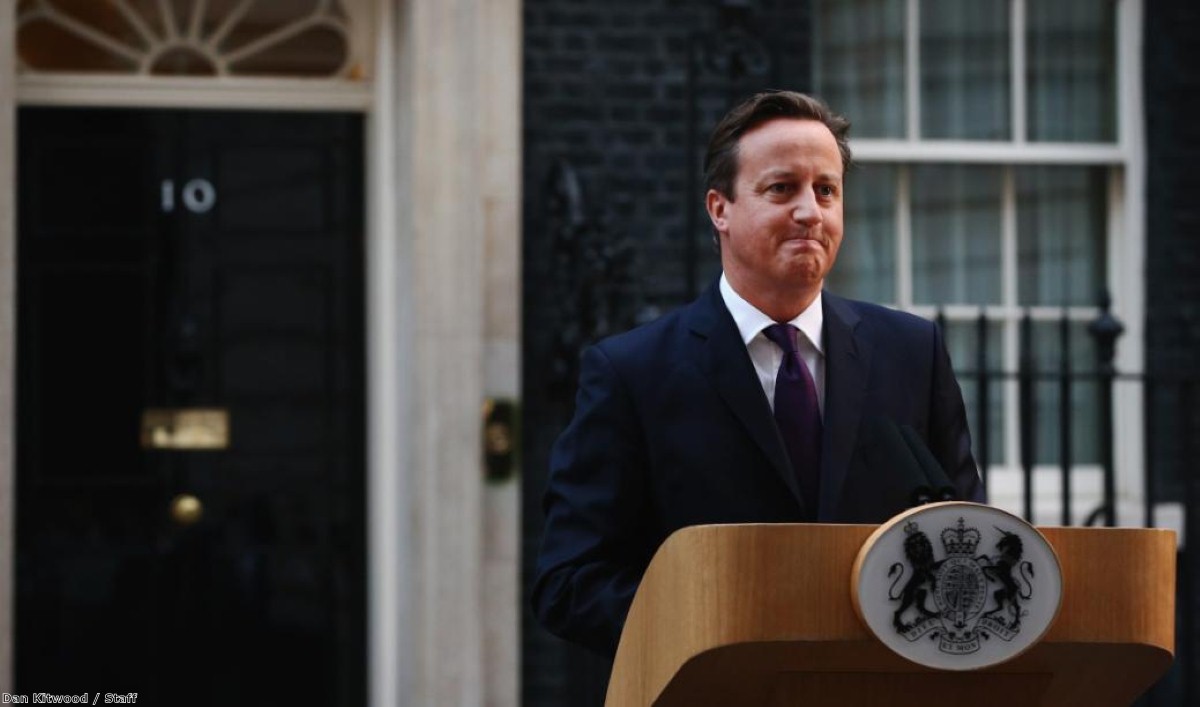 Bitterly partisan and failing to display any signs of agreement, MPs' failure to rise to the occasion on English votes for English laws shows they are beyond redemption.

What makes the response to William Hague's statement on English devolution so depressing is that the Commons just carried on with business as usual.

The frontbenchers exchanged barbs over the relative failures in government of the coalition and of New Labour. The backbenchers heckled about the irrelevant Barnett formula and a dozen of their own half-developed ideas. They cancelled each other out, leaving an absence of anything meaningful.

They have also combined together to collectively break a big pledge from the prime minister.

Speaking in the early morning of September 19th, soon after the 'No' result was confirmed, David Cameron promised to English voters that his government would pursue an answer to the West Lothian Question "in tandem" with the Scottish devolution timetable. It was a pledge every bit as important as the infamous 'vow' to Scotland. Perhaps it emerged from the relieved euphoria which followed the result. Whatever the cause, it was a promise Westminster was destined to ensure could not be kept.

Hague, the leader of the House in what is set to be his last big job in politics, tried hard to at least maintain the impression of concurrent progress. But today he effectively admitted he has failed. Questioned by SNP MP Pete Wishart, Hague confirmed: "There is nothing conditional about any of these proposals… we can express the wish that [Scottish and English devolution] are concurrent, but they are not conditional and we are not tied to them."

It is the final death of the 'in tandem' promise. And it means all the urgency has gone out of the debate: the union is saved, allowing everything else to be downgraded in importance. There is a lot of anger about Scottish devolution, but no real answer about how to mirror it in England. Instead there is only division.

Division within the Tory party

Hague had been hoping to unite the Tory party behind a single proposal by the end of November. That didn't work out so well, and now there are few signs of Conservative unity this side of the election. John Redwood, whose preferred hardline option excluding non-English MPs from any English-only matter, led the charge. "England expects!" he thundered. It doesn't look like he can ever be placated.

Division within the government

The statement, revealing the differing views of the Conservatives and Liberal Democrats, led to the bizarre spectacle of Hague outlining Lib Dem views. He could barely keep himself from laughing as he worked his way through text about the single transferable vote. "There is no cross-party consensus," he observed drily, pulling himself together. The handful of Lib Dem MPs who bothered to show up – a very poor show from a party that supposedly cares passionately about constitutional reform – shifted in their seats uncomfortably as Labour and Tory MPs joined together in mocking laughter.

Division between the two main parties

Labour's shadow justice secretary Sadiq Khan, who has boycotted Hague's working group on the issue, baffled the Commons by insisting this was a "debate we are seeking to lead". His criticisms of the Tories' selfishness were undermined by hypocrisy, because Labour's positioning is just as preoccupied by partisan advantage. Hague responded by accusing Labour of "the remarkable feat of being out-of-touch with themselves" on English devolution. The stench of the looming general election filled the air.

Division between Westminster and the rest of us

"There are times when I have been very proud of this House rising to the great occasion, but today I feel ashamed of the House," Barry Sheerman shouted angrily. Graham Allen talked of "moving around the green benches on the Titanic". Hague hoped for a deal, but Allen just yelled back: "Get out of the bubble." John Denham lamented "the tragedy" of being "so close to a lasting agreement". So close, and yet so far. These voices were the ones identifying the real failure of Westminster in the wake of the Scottish referendum.

What the politicians want are dividing lines to help them win power in next year's general election.

I've written before about how this failure to reach agreement isn't such bad news for Hague, who in overseeing the process has at least put his party in a position where it can win votes. That is clever of him and serves his party's interest, but it does not serve that of ordinary people. The English, who Cameron had allowed to hope they might get more powers, deserve to feel very sorely disappointed at this rabble. Instead of real change they're getting more of the same, and nothing looks like changing it.