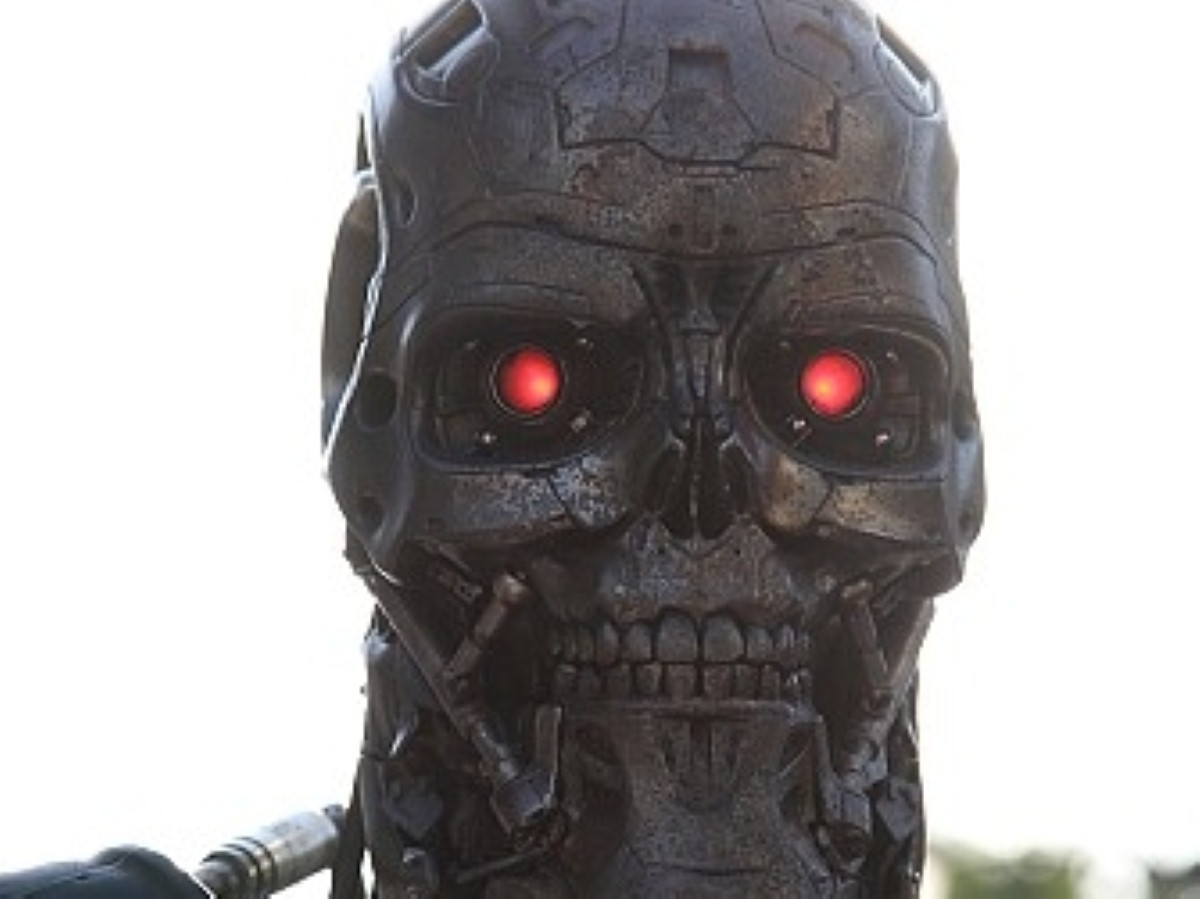 "Choose the future," George Osborne told us today, like some upper class satire on Trainspotting. And to his credit, the chancellor did voters a service by outlining precisely what his vision of the future entailed. To his detriment, it is a very bleak vision indeed.

Osborne is the only human being I've ever seen look rejuvenated by government. Usually ministerial office sucks the colour from the skin, leaving it looking grey and lifeless. It creates a large ball where the stomach should be and vast, sagging eyes, left bloodshot by stress and lack of sleep. Not Osborne. He looks 100%.

He also delivered the speech with considerably more charisma and confidence than previous outings. As a politician, he is improving considerably. It is not absurd to imagine him as a party leader anymore.

Perhaps the machine overlords of the future have granted him a more attractive body in exchange for his cooperation in creating their terrible new world. Because the plans he outlined today are a pledge of ruin.

He began by insisting there had been no break in the link between the prosperity of the economy and that of the individuals working in it. This was a "dangerous fallacy", he claimed. Moments earlier, Digby Jones, who introduced him on stage, made a similar point, telling low income workers that higher wages required an increase in productivity.

They're wrong. GDP per hour grows faster than median wages. In the last 20 years of the 20th century, every pound of UK GDP brought with it about 90p in median wage growth. From 2000 to 2007, it was 43p. It's this trend that explains why tax credits and borrowing took on such a crucial role in the UK economy.  Osborne prefers the net figures, which include all those high earners who remain untouched by his austerity programme. They stack the income figures so heavily at the top that the numbers turn out quite well. It's only when you track the median wage – that of the ordinary worker – that you see the effect.

Once Osborne was finished pretending current salaries are fair, he made a hugely significant pledge: that benefits should not rise faster than wages. This is psychologically revealing.

His solution to low wages is not to improve them, but to bring everyone else down to their level.

With this in mind he pledged £25 billion of new cuts in the next parliament. This will not come from the wealthy. Osborne all-but ruled out any tax rises, and certainly any significant ones. But he did find another way to get back at least £3 billion of it: Freezing working age benefits.

So while pensioners will not be hit, he will target jobseekers' allowance, tax credits, housing and child benefit with a real-terms cut.

These are the very same people who have suffered the most from the last four years: people in work and still struggling to make ends meet. He has nothing to offer but a worsening of their condition.

It is a manifesto of calamity. To top it all off, the chancellor had the chutzpah to repeat his mantra that "we are all in this together". One can only conclude that he is literally laughing at the people whose lives he ruins. There is no other explanation.

Osborne must surely be considered the most divisive chancellor in modern British political history. He protects the rich and hammers the poor. He puts the economy at risk helping those in the south-east buy houses. He pits the old against the young. All he trades in is division. It is his currency.

And it is dressed in half-truths, smears and nonsense. At one point he told the conference "independent experts tell you the truth" about Labour's spending plans. And yet he is the very man who refused Labour's request to have the Office of Budget Responsibility cost their plans.

As a politician, Osborne has grown in stature considerably. He has built a remarkable power base in the party and become a polished figure in No 11.

But his economic programme is odious and immoral. This vision of the future is one without hope.