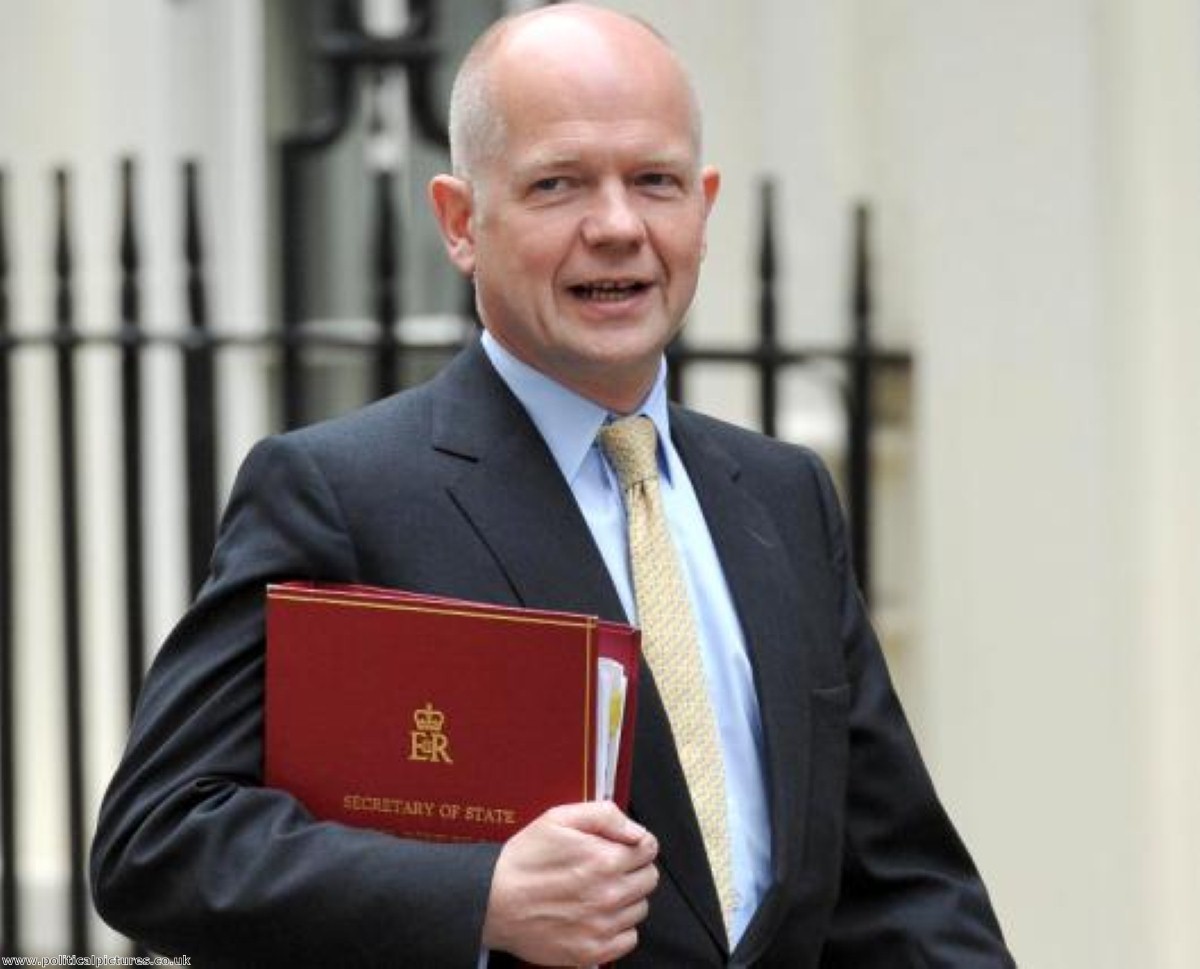 Reshuffle: The inside story of how Hague’s ego trumped the dignity of the Lords

Tina Stowell, appointed by Cameron to head the government's presence in the second chamber, is the first leader of the Lords not to be a full member of Cabinet in peacetime.

In fact it's believed the only other occasion when a leader of the Lords has not been in the Cabinet was during the Second World War.

If Baroness Stowell is not a Cabinet member, then think that's only 2nd time ever that there has not been a member of the Lords in Cabinet

It's a move which has left peers in the Lords flabbergasted. Labour figures have already spoken out about the shift, pointing out that its standing orders clearly state that the leader is a "member of the Cabinet".

Many of those in the upper House are expected to be outraged when the issue is raised in today's sitting.

One opposition source told Politics.co.uk: "Across the Lords, this will go down like a bucket of cold sick."

Amid the drama of reshuffle day confusion and anger have been the predominant emotions. There were further question-marks over the move given the decision means Cameron has one less woman in the Cabinet – despite No 10's PR drive to highlight the injection of more females into the government.

Now the rationale behind Downing Street's thinking is emerging. In essence, the Lords has been snubbed in order to avoid insulting Hague.

Politics.co.uk understands that the prime minister faced a difficult choice because of the cap on the maximum number of Cabinet spots which offer 'full member' status.

This explains, in part, why there are now a total of 11 others who 'attend Cabinet' but are not full members. These include chief whip Michael Gove, Tory chairman Grant Shapps and – for the first time in peacetime – the leader of the Lords.

Until yesterday the list of second-class Cabinet figures also included the former leader of the Commons, Andrew Lansley. When he switched from his old job as health secretary he was forced to accept the £22,000 pay cut resulting from the loss of his 'full Cabinet member' status.

Given Hague was entering the same job, the outgoing foreign secretary might have expected to accept a pay cut of his own.

But Cameron has been at pains to preserve Hague's status by keeping his odd title of 'first secretary of state'. It's a job title typically awarded to senior party people to make them feel more important. Five years ago Gordon Brown bestowed the honour on Peter Mandelson.

1/2 I'd like to pay an enormous tribute to @WilliamJHague who is standing down as an MP at the next election.

2/2 Until then, I'm delighted he'll remain my de facto political deputy, play a key campaigning role and be Leader of the House of Commons.

A more obvious choice for Hague than first secretary of state would have been deputy prime minister – were it not for the fact the requirements of coalition meant giving that title to Nick Clegg four years ago.

Hague is standing down from parliament and now occupies a role typically occupied by demoted has-beens.

But Cameron chose to keep Hague on as a senior government figure, despite the fact the new leader of the Commons will be entering a winding-down period over the coming months.

This was why he decided he had no choice but to shunt Stowell down the pecking order. Hague's position within the government as first secretary of state has effectively trumped that of the leader of the Lords.

UPDATE: At this morning's lobby briefing the prime minister's spokesperson justified the first secretary of state role by saying: "It underlines the seniority and influence of William Hague in the government."

Tina Stowell: Will be paid the same as her predecessor, after all

In the eyes of No 10, this was a straightforward quid pro quo.

In the eyes of the Lords, Cameron has just scorned not only Stowell but also every peer sitting in the second chamber.

It's not about her pay – despite the fact that, as Bloomberg  reported yesterday, she was set to receive £22,000 less than her male equivalent (the Conservative party has agreed to make up the difference).

Nor is it about her role in government. No 10 insists Stowell will continue with the exact same job as her predecessor Jonathan Hill, who has been named as Cameron's nominee to be Britain's next European commissioner. She will attend every meeting of Cabinet, and she will receive Cabinet correspondence just as her predecessor did.

Instead this is about symbolism – and the perception within the Lords that the prime minister is utterly disinterested in its doings.

"Ministers are quite good at forgetting to think about the consequences of things in the Lords," says Meg Russell of the UCL's Constitution Unit. "And the Lords jumps up and bites them."

Cameron has chosen to insult peers instead of Hague. It's a gamble which could cause huge problems as his government tries to push through the coalition's final batch of legislation before next year's election.

As Russell warns: "If the Lords becomes cut adrift, it becomes more unpredictable."