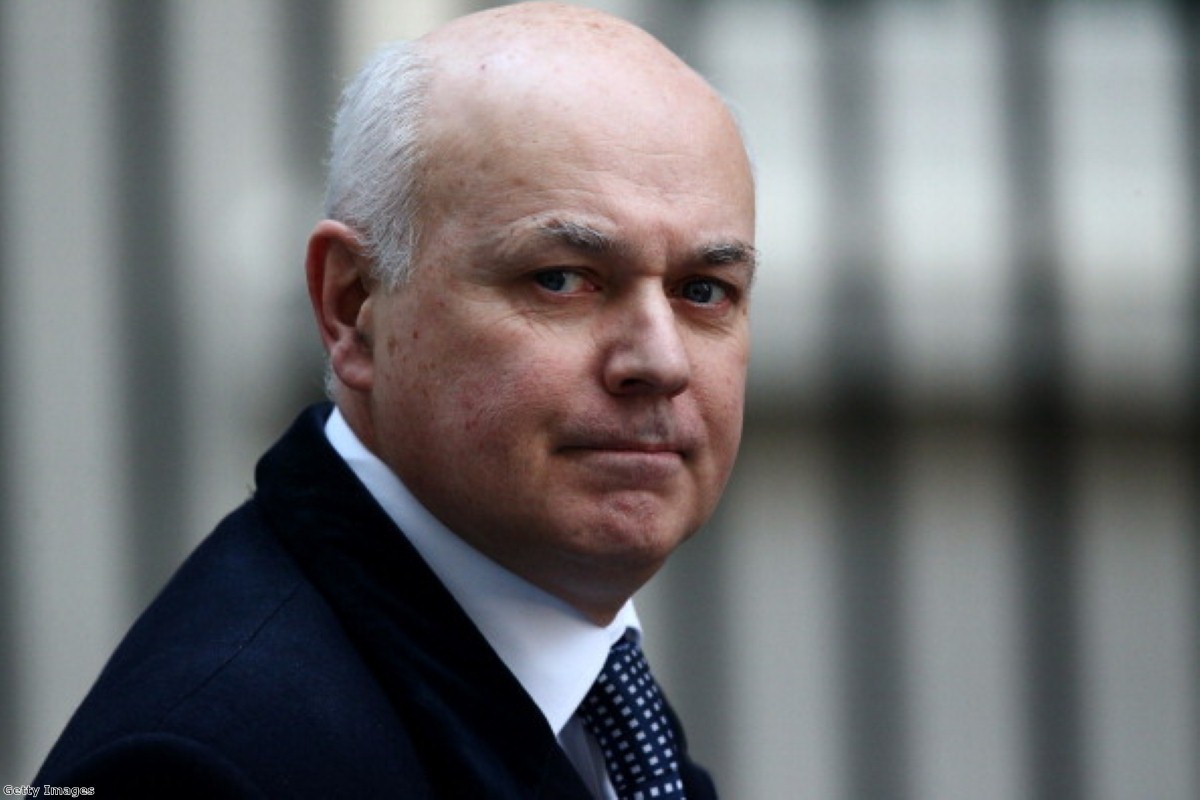 Iain Duncan Smith's latest effort to prevent the publication of documents warning of the dangers of universal credit has been dismissed by a judge.

You can see the desperation quite clearly now. IDS' team are throwing any old legal argument at the wall to see if it will stick. The judge's casual dismissal of the arguments seems to show a flicker of resentment at having to hear them at all.

Quick recap: The information commissioner ruled the Department of Work and Pensions (DWP) should release documents about the progress of universal credit, an assessment of independent reviews and a record of problems with it. He ruled against the release of a risk register – a department document listing possible problems with the scheme – but a tribunal overruled him and said it too should be published.

Basically, this is IDS' worst nightmare: documentary evidence of the problems his department imagined universal credit could have, the scale of the problems which eventually transpired, and proof of whether they deliberately misled the public about the progress of the programme.

The DWP insisted publication would have a "chilling effect" on the working of the department – a standard defence against disclosure last used by Andrew Lansley to prevent publication of the risk register into his disastrous NHS reforms. The information tribunal ruled there was no evidence of that but that there was "strong public interest" in publication.

IDS appealed, as the government always does in these things.  The DWP's first argument was that the tribunal misunderstood the nature of the chilling effect and the evidence needed to support that argument.

"[The chilling effect] is a well known concept, and I can see no support for the argument that the tribunal misunderstood its meaning. The opening sentence of paragraph 62 might perhaps have been better phrased, but it seems to me still some way from suggesting an arguable error of law. The tribunal was surely saying that whilst it heard Ms Cox's [Sarah Cox, director of Universal Credit programme coordination, witness for the DWP] claim that disclosure would have a chilling effect, neither she nor the department provided any persuasive evidence to that effect."

"In my view the tribunal here has done exactly what it is meant to do when weighing up the competing considerations in the application of the public interest test. It is plain from its comprehensive and cogent reasons that it has considered the evidence… applied its expertise and reached a decision that the chilling effect argument was unpersuasive."

The DWP's second argument – and this is where they get really desperate – is for 'perversity. This states that the tribunal reached a decision which no reasonable tribunal, on a proper appreciation of the evidence and the law, would have reached. It's obviously a very high threshold which they did little to reach.

"This challenge, in my assessment, does not get near clearing this high hurdle. The tribunal identified the relevant issues, analysed the material evidence, made its findings and in that context reached its conclusions, explaining why it had done so. It seems to me its approach was entirely sustainable. The perversity ground is not arguable."

Finally they tried to argue, weirdly, that the tribunal had not given due weight to the expertise of the DWP's witness, Ms Cox. This was irrelevant, Judge Wikeley found. He said:

So there you have it. God knows how much taxpayer money is dedicated to making these frivolous legal appeals – all in a bid to save the work and pension's secretary's blushes.

When we ask the Home Office, they refuse to answer. I'll fire off a Freedom of Information request to the DWP on their legal costs later today, but I doubt the answer will be any different. The government is very good at not recording data it wishes to remain secret.

When there are disability benefits which need cutting, every pound counts. When it's the secretary of state who needs saving, the government's wallet bursts at the seams.

Update 11/07/14: IDS has now asked for an oral hearing in front of a new upper tribunal judge, having failed on his application to appeal based on papers.

Update 24/07/2014: Judge Jacobs has granted the DWP an oral hearing to make its case for an appeal. No date has been set for the hearing, which will last half a day.