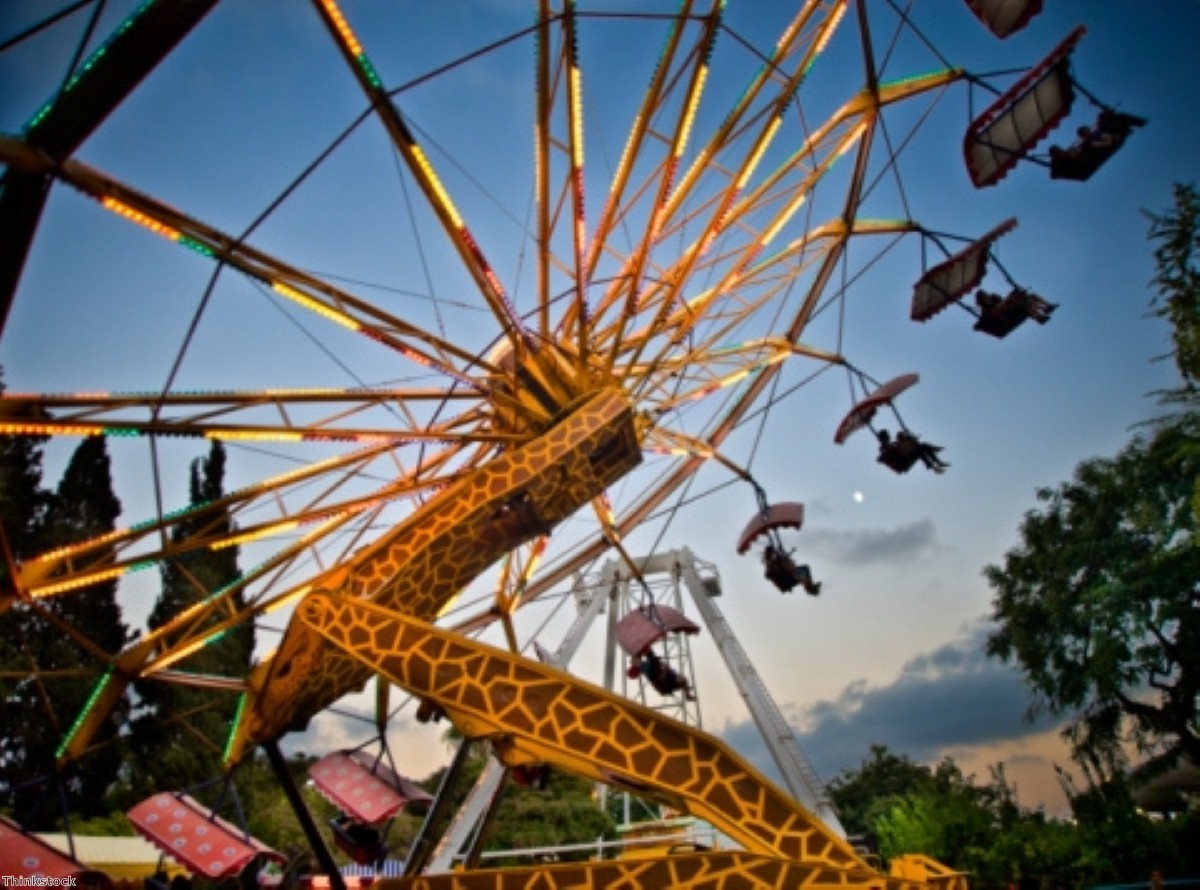 Round and round in circles they went. Eventually the Lords reform debate will get so giddy with dizziness it will fall off the coalition's merry-go-round for good.

Nick Clegg and Mark Harper have just finished a monstrously-long evidence session in front of the vast joint committee of peers and MPs considering their Lords reform proposals. This was a tough gig. Peers have deep, deep concerns about how the government's proposals will affect the relationship between the two Houses. And they weren't afraid to show them this evening.

The deputy prime minister and his constitutional minister had curiously different answers when pressed on the primacy issue. Harper repeated the argument he used in his interview with me last month, that an 80% elected second chamber would be the indicator that the wholly elected Commons is superior. Clegg had a different emphasis – perhaps because he would really rather prefer a 100%-elected Lords. He almost dismissed the 80% argument outright, preferring to underline the non-renewable 15-year term of elected peers to resolve the Commons supremacy headache.

Aha, peers replied. If members of the new chamber don't have to worry about re-election, what happens to their accountability? Clegg effectively shrugged his shoulders in response. He had chosen his words carefully, he explained frankly. As you'd expect of an elected politician.

"Greater legitimacy will confer greater authority to the House of Lords," Clegg later pledged, thus triggering an almighty row over the concept of 'authority', leading us back to the primacy question once more. And so the long evening wore on.

After a tortuous 165 minutes of this it's easy to see why Clegg and Harper's approach to constitutional questions is a flourishing wave of the hand and a willingness to rely on the flexible, evolving nature of the British constitution. The last thing they want to do is write rules down. It only leads to trouble.

It is exactly this sort of going round in circles which will probably, sooner or later, scupper the coalition's Lords reform plans for good. The DPM seemed aware of the need for a bit of luck as he assessed prospects for change 101 years after the 1911 Parliament Act. "We hope, this time, the stars may be aligned in a favourable manner," he said hopefully. Peers smiled grimly back. They didn't look very sympathetic.