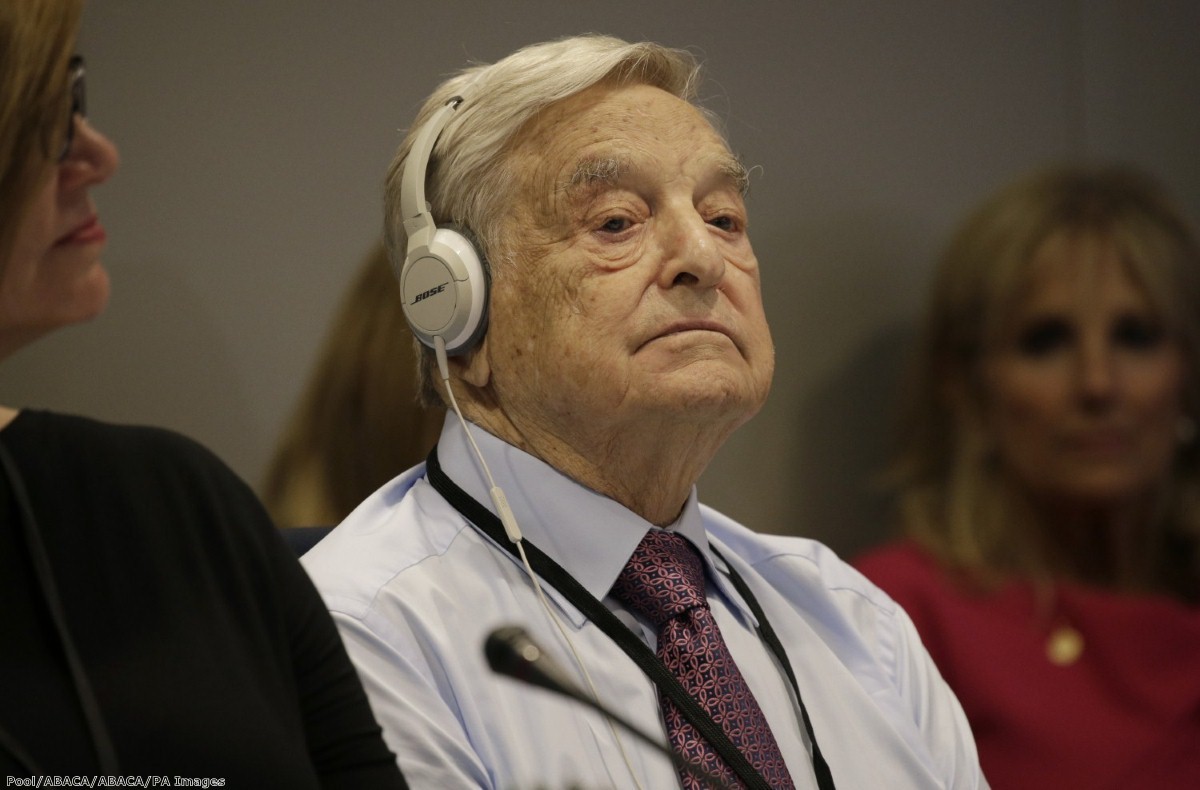 The main point of interest in the Telegraph's recent attack on philanthropist George Soros is not whether its authors are antisemitic, but what it tells us about the growth of the paranoid style in British politics.

While it is quite odd to see the newspapers warning of a "secret plot" by a left-wing Jewish financier to subvert the national will, it's not as odd as it should be. If we zoom out, we can see that this story is of a piece, and that the notion of a hidden power pulling strings has become increasingly popular.

As ever, this trend can't be separated from power politics. It's been a boost to this kind of thinking that the two most powerful men in the world – Donald Trump and Vladimir Putin – are dedicated purveyors of conspiracy theory.

And the related rise of populism has both sown and reaped the fields. For some of us it can be very enjoyable to see politicians (and writers) champion the poor and denounce the powerful. We should all do it more often.

But the populist critique of power is a sort of cartoon version of class politics, with a virtuous 'people' wronged by a wealthy 'elite', and is for this reason very amenable to conspiracy-thinking.

This is why the German socialist August Bebel's phrase "the socialism of fools" is so valuable. The antisemitism to which he was referring is not only a racist prejudice against Jewish people – it's also a theory about how the world works.

Thus a person can start a sentence attacking bankers over the financial crash, and end it – by way of names like Rothschild – talking about The Merchant of Venice, Israel/Palestine, and the Holocaust. For some recent examples, see the Community Security Trust's newly-published annual report.

These ideas flower in societies still recovering from monotheism, where it's all too easy for people to relapse into seeing the world as a battle between good and evil. From there, the world's problems can be explained by imagining a hidden satanic power, one that works covertly to fool the vulnerable, confound the virtuous and fleece the poor.

In our own day, this evil force has a different name depending on who you ask: populism, neoliberalism, Zionism, globalism, the alt-right, the hard left, Russia, the banks, Islam, Brexit, the Murdoch press, etc. These phenomena are attributed a near-magical power to swing elections, poison minds and direct world events.

As with all religious belief, people can see the mistake with crystal clarity when it's being made by someone else. It's not hard to see how we fall into this trap. For a start, everything in the list I gave above really exists, either as an idea or as an organised political force. And sometimes there really are secret plots. A trusty handhold is Professor Richard Hofstadter's distinction between "locating conspiracies in history and saying that history is, in effect, a conspiracy".

Any scientist or investigative journalist will tell you that theories are necessary in order to direct your research. But there is always a danger of getting too far ahead of the available evidence. And of course, there are some people who are quite happy to get carried away. The best antidote to a cynicism which slides so easily into credulity (to the delight of the powerful) would therefore be an outbreak of militant scepticism.

How best to prosecute this new War on Drivel? We might start by stiffening up our language. To return to a topical case, the idea of a secret Jewish financial conspiracy is not a 'trope', as is often said – it's a falsehood, and should be identified as such. The Telegraph did not 'recycle' the lies pumped out from Budapest and Moscow – it repeated them as if they might be true, and for the very same purpose as was intended by Orban and Putin.

The attack on Soros matters not because, as some have argued, it might give comfort to neo-Nazis, or because it may have offended Jews, but because it reveals something rotten about the ideas in the minds of its authors.

The real offence was its suggestion that any organisation or fundraising by one's political opponents is somehow illegitimate. This supposes a righteous path along which all good people must tread, and concludes that any deviation must be the work of sinister forces behind the scenes and their filthy money.

The only way to tackle this essentially religious form of thinking is to recognise it as irrational, dangerous and false, whether we find it in others or in ourselves, and to champion the methods of evidence and reason. Nigel Farage said something this week which, for once, was correct. We do need to 'wake up'. The sleep of reason brings forth monsters.