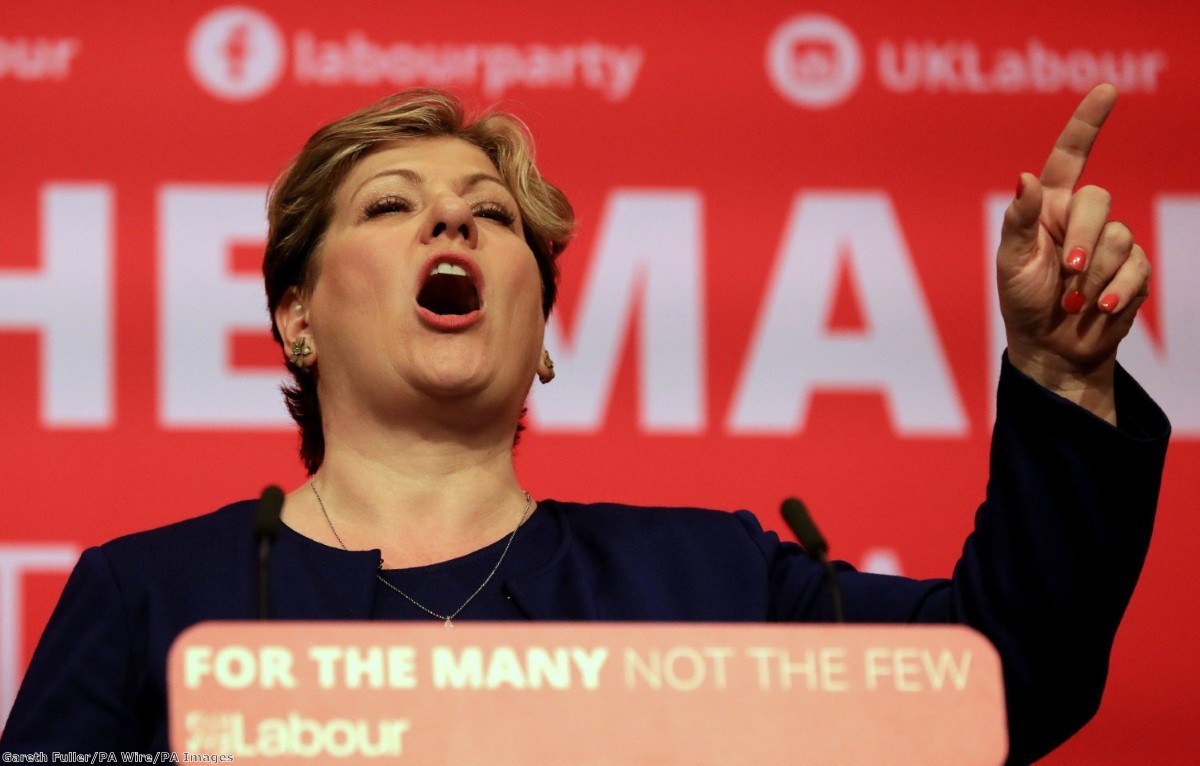 Where is Labour’s criticism of Putin?

The shadow foreign secretary Emily Thornberry has been widely tipped as the next leader of the Labour party when Jeremy Corbyn makes the final trip to his allotment.

She treated the party faithful to a rousing speech at the Labour conference last week, laying into Donald Trump and making a long, rather crass, joke about Boris Johnson. But she never mentioned Vladimir Putin and gave no hint of the party's approach to him.

Labour's recent election manifesto was equally empty. It had a glancing reference to a "more assertive" Russia but offered no policies for dealing with this. By contrast, it made a ringing commitment to the people of the Chagos Islands, which very few British voters could place on a map.

Labour's long silence on Putin's Russia is eerie and immoral. It is also a free gift to the government, whose policy is a hypocritical farce. It has sent British soldiers to Estonia to confront Putin's. At a time of financial stringency it has asked British taxpayers to fund a big defence budget largely directed against Putin, including a renewed nuclear deterrent on the premise that he is an existential enemy of our country.

But it turns a blind eye to British financial institutions and big business who raise and invest (and launder) billions for the benefit of Russian oligarchs – all of it money at call for Putin. The government (and the West generally) pretend that there is a "Putin inner group" which should be targeted for sanctions. But they know that all successful oligarchs do Putin's bidding. (Similarly, all successful businesses in pre-war Germany co-operated with Hitler, most of them willingly.)

This is a policy which puts the risks and burden of confronting Putin onto soldiers and taxpayers yet shields big business and the City. That should be a target for Labour, but not when it has no policy of its own.

Historically, Labour had a proud record of resistance to the old Soviet Union when it threatened the democracy and security of our country and its neighbours. But the party was always weakened by fellow travellers and useful idiots, who peddled its propaganda, and a wider group of members who constantly made excuses for it. One of these was Tony Benn. Recently, as the reverse of a labour of love, I ploughed through the Benn diaries – his long selfie with history. I could not find anywhere a criticism of the Soviet Union, not even in the phase when Benn was a right-of-centre "moderniser" (rather like Peter Mandelson) nor in the later phase when he flirted with Trotskyism.

Labour apologists for the Soviet Union excused its behaviour by presenting it as a victim of threats and direct aggression from Western powers. They also took a Manichean view of world history as a struggle between Dark and Light, in which all the Dark stemmed from Western capitalism and imperialism. Accordingly, they placed the Soviet Union, for all its crimes and errors, as a "progressive" force on the side of Light. Even under the senescent and brutal late regime of Brezhnev, they treated it as heir to a liberating democratic socialist revolution.

Putin is getting the same free ride from Jeremy Corbyn and his closest advisors. Like his mentor, Tony Benn, Corbyn as Labour leader has never volunteered any criticism of Putin's Russia. When pressured to attack him over Syria or Ukraine, his stock response is to cite Western misdeeds or mistakes as "balance" (the Soviet stooges did this all the time) and to call for the West to "engage" with Putin (ie allow him to negotiate on the basis of force). His over-long speech to Labour's conference did not mention Russia at all.

Before becoming Corbyn's principal adviser, Seamus Milne wrote a string of articles in the Guardian defending Putin's seizures in Ukraine as a "defensive" response to Western expansionism and presenting criticism of Putin as support for warmongering by Nato hawks – more echoes from the bad pro-Soviet past.

The left's apologists for Stalin and his successors were unforgiveable but (just about) understandable. But why does anyone in the Labour party give the same treatment to Putin? The old Soviet Union courted a variety of "progressive" causes. Putin makes no secret of his contempt for them. He supports all manner of ultra-right and neo-Nazi movements.

What do today's progressives find to admire in him and his regime? Pervasive lying, theft and corruption? Rampant inequality? Contempt for human rights and the rule of law? Massive pollution and environmental degradation and climate-change denial? Sexism and homophobia? Persecution of dissidents, including the revival of Soviet abuse of psychiatry? The use of murder as an instrument of policy, including civilians killed in fake terrorist operations? Indiscriminate killing of civilians in warfare?

Do progressives admire the society Putin has created – and the rates of alcoholism and suicide among those who cannot afford to escape it?

As would-be foreign secretary, never mind potential leader, Emily Thornberry must say now where she stands. Continued silence is contemptible and will consign her to history's well-filled dustbin.

Richard Heller was formerly chief of staff to Denis Healey when he was shadow foreign secretary.