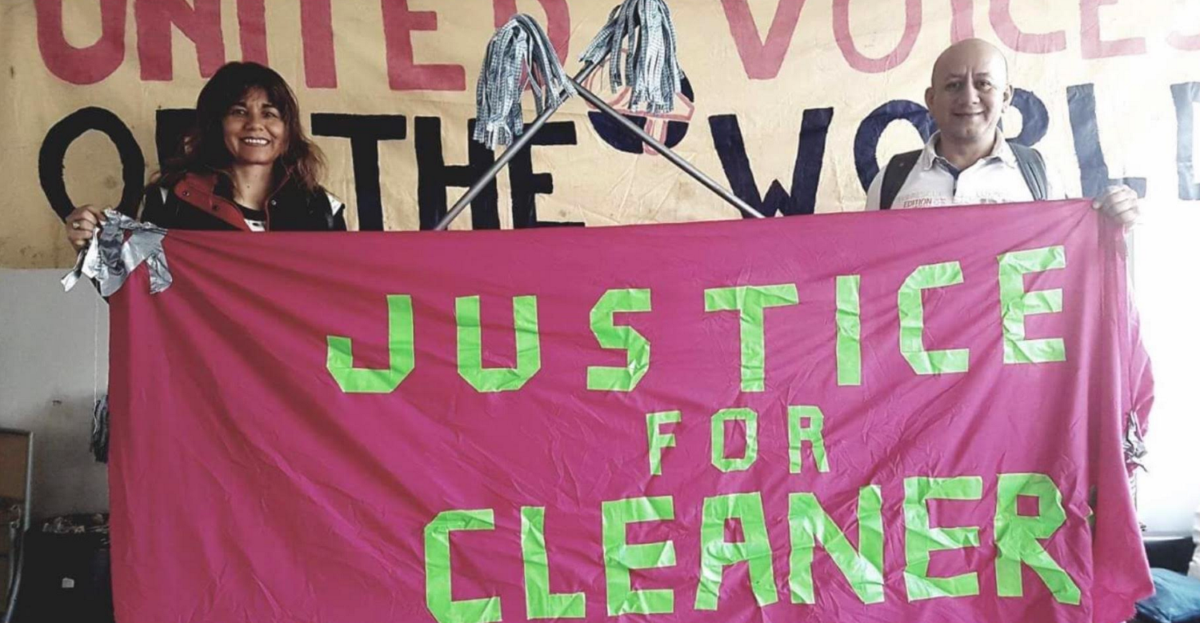 Last night, married couple Angelica and Freddy made their way across London to begin their shifts cleaning the South Kensington showrooms of one of the UK's leading luxury car dealers HR Owen, just as they have done every work night for the last five years.

They usually start off at the company's Maserati dealership before heading a little further along the Old Brompton Road to its Ferrari one. The showrooms are glistening, as you might expect in a place where even used cars can sell for more than £300,000.

But yesterday, they were met by HR and management, told to hand over their keys and informed that they were being immediately suspended without pay. It came just days after the couple voted to take industrial action to demand an increase in pay from £7.50 per hour to the recommended London Living Wage of £9.75.

"I was very surprised," Freddy says. "They just confronted us at the door. It was humiliating."

As the only two cleaners at both showrooms, their action was set to be one of the smallest strikes in UK history.

Cleaners at Britain's largest luxury car dealership have voted to stirke for the living wage. Join them this Sat. https://t.co/cu1RitUCgQ pic.twitter.com/4D5DbhCYSw

Like many businesses, HR Owen outsources its cleaning services to a private company – in this case a firm called Templewood Cleaning Services. The union representing Freddy and Angelica, the United Voices of the World (UVW), says that Templewood accused the pair of claiming and receiving payment for hours not worked. They believe the company must have trawled through CCTV footage in an attempt to prove this.

"There could not be a clearer case of trade union victimisation," UVW general secretary Petros Elias says. "This is an attack on all workers out there. We will immediately initiate legal proceedings."

The dispute, even before the suspension, was a stark example of the gross inequality which pervades the capital and represents an issue faced by low-paid workers across the country.

As has been highlighted by recent strikes, outsourcing often means that both the company receiving the service and the one contracted to provide it can pass the buck over responsibility for employment terms and conditions.

Earlier this year, UVW ran a successful campaign with outsourced cleaners at the London School of Economics, which resulted in the workers being brought in-house and receiving the same terms and conditions as other staff at the university. Similar disputes involving other unions have taken place at the University of London and the Royal London hospital, among others.

The Green party baroness and former London Assembly member Jenny Jones has lent her support to the cleaners.

"It's ridiculous that a company dealing in luxury cars can't pay its cleaners a decent wage and reinforces the case for the London Living Wage to be made compulsory," she said.

"High-profile companies shouldn't expect to make big profits by squeezing the lowest paid. I think we need to encourage consumers to act in solidarity with the low paid by boycotting any companies which act in a nasty way against people taking action for fair pay."

UVW and other supporters of the cause are planning a protest outside the HR Owen showrooms on Saturday. Angelica and Freddy say they are determined to continue their fight.

"This has been tough for us," Angelica says. "But our response to it will be even tougher."