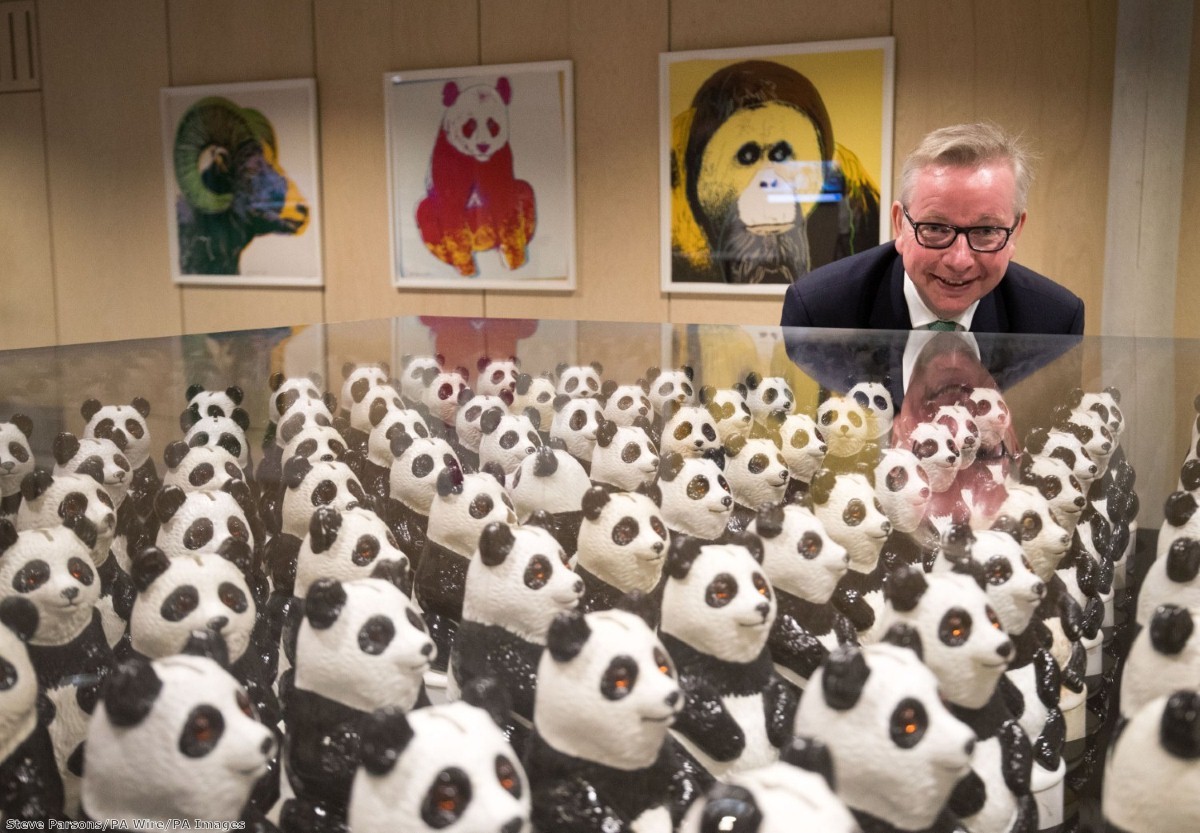 Gove the environmentalist – too good to be true?

On Friday, Michael Gove delivered his first major speech since returning to the cabinet as environment secretary. His usual loquacious self, Gove prefaced bold suggestions of post-Brexit environmental reform with a reading of Philip Larkin's 'Going, Going'. In the speech he called the poem, written for Edward Heath's newly formed Department of the Environment, "a lament for the erosion and destruction of our natural environment".

Gove has subsequently cast himself as the character to save Britain from this disaster, just as he 'saved' us all from the European menace. The man is nothing if not ambitious, but his grandiose pledges and claims about drawing inspiration from nature seem too good to be true.

As with all things in life, a major talking point in the speech was Donald Trump. Gove said he "deeply regretted" the US withdrawal from the Paris Climate Accord, adding: "The world’s second biggest generator of carbon emissions cannot simply walk out of the room when the heat is on… It's our planet too and America needs to know that we can only resolve this problem together."

This is well short of the invective many of us might long to throw at the president, but it marks a break from Theresa May's limp-wristed attempts at rebuke. All the same, it seems a bit rich coming from the man who just a few months ago gave the Donald an excruciatingly sympathetic interview followed by an eagerly obliging, happy-to-be-included thumbs up photo op. It would be churlish to suggest that Gove picks a team, but the speed at which he has gone from servile cheerleader to responsible critic is a reminder that he bats for nobody but himself.

The European Union was another target for criticism, with particular emphasis on the Common Agricultural Policy, "which all too often puts resources in the hands of the already wealthy". Instead of the existing subsidies delivered to farmers across the board, Gove suggested a system in which farmers receive payments for environmentally sensitive farming. This sounds fine in theory, but in reality it could hit small businesses hardest, endangering family farms which rely on the basic income guaranteed under the current rules.

He also threw a punch at the EU's handling of diesel emissions, referring to the Volkswagen scandal in which the car giant cheated the testing system. Again, all very valid, but rendered slightly flat when the UK government's own Air Quality Plan, due to be definitively published in late July, has lost several court cases on the basis of its sheer inadequacy.

Still, there are aspects of Gove's blueprint which seem like a step in the right direction. One which the department seemed particularly keen to focus on was the pledge to take action to reduce plastic in the oceans, confirming legislation to ban the sale and manufacture of microbeads which cause severe harm to marine life. They are commonly found in shower gel and toothpaste, and will be banned later this year. This capitalised on the morning's publication of statistics demonstrating the resounding success of the government's 2015 introduction of a 5p charge on plastic bags, resulting in an 83 per cent reduction in their use. The upbeat tone Gove applied to this and a range of other issues struck a chord with several organisations such as the National Trust, which called the speech "encouraging". On the other hand, this is only a start, and the complete lack of environmental legislation in the Queen's Speech is no source of encouragement.

In perhaps the most audacious episode of the morning however, Gove called himself an "environmentalist", saying he cared about "the fate of fellow animals" and drew "inspiration from nature". We should not forget that he was last month described by his former coalition colleague Sir Ed Davey as "a fox in charge of a henhouse". Meanwhile Green party co-leader Caroline Lucas tweeted: "There's an environment-shaped hole in the government’s Brexit plans that Gove still hasn't filled." She said his overture to the environment “might make him sound like a keen defender of nature but his government's actions suggest that protecting our natural world is a long way from the top of their priority list."

Would Philip Larkin have approved of the measures proposed in his speech? It is impossible to say. I like to imagine him taking one look at Gove and preparing a round of his trademark piquant cynicism. That said, sad reality dictates that Larkin probably would have approved of the borderline (and not so borderline) racism that became a cornerstone of the campaigns with which Gove has so often associated himself in recent years. Of course, the minister now has something of a clean slate on which to draw up a coherent environmental strategy, but the optimistic tone struck last week still rings hollow after Vote Leave's £350 million NHS promise during the EU referendum.

Gove's rhetoric was refreshingly strong when compared with the ineffectual tenures of his predecessors Liz Truss and Andrea Leadsom, but actions speak louder than words. Let’s believe it when we see it.

Alex Daniel is a freelance journalist