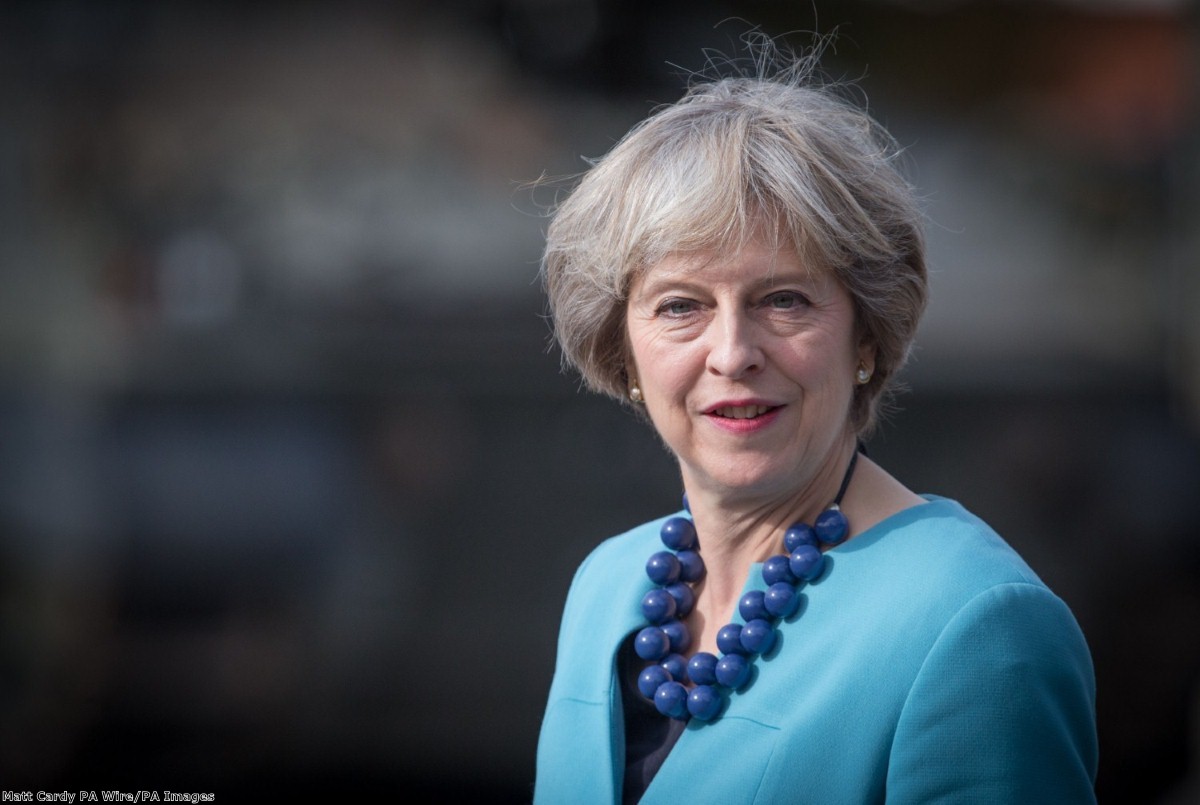 "Workers offered new deal by Tories", proclaims the i. "Workers get leave to care for elderly", declares the Telegraph. "May gives all workers new rights to time off", shouts the Times. The Mail bills it "a revolution in the workplace", presumably having been assured it's not a Marxist one.

The Tories couldn't have secured better front page coverage had they bought wraparound ads. No longer are the Conservatives the bosses' party, the narrative goes. They will now defend the rights of hard-working people rather than just banging on about them. More Tory tanks on more Labour lawns. They'll run out of petrol if they're not careful.

There is a wide range of proposals marking a shift away from an Ayn Rand view of unregulated labour markets by the most adaptable party in Western politics. There is a restated commitment to maintaining European employment law post-Brexit, together with new rights for gig economy workers and protection from dismissal for mental health issues. These rights look significant, but they are toothless without legal aid for employment law cases – which the Tories slashed in 2013.

The headline proposal is for workers to be able to take up to a year off work to care for relatives and then return to their jobs. In some ways this is a dramatic step – the biggest recognition yet that caring duties are owed to elderly and disabled relatives as well as young children.

But there's a sting in the tail – yes, you'll be able to take months off work and then return to your job, but no, you won't be paid for it. This is unpaid leave. You'll be able to claim Carers Allowance, but that's pitifully low – just above £60 a week at present, and often dependent on unreliable disability benefit assessments. Other benefits carry tight means tests.

It's easy to see how millions of workers will be financially excluded from taking this up. Those who can afford to take extended unpaid leaves of absence will be those with decent savings, alternative income (think landlords) or in two-earner households. Even people on middle incomes may struggle to adapt to the loss of earnings. Those who also have childcare commitments may find the money rapidly dries up.

And as for that year off – what disability or elderly infirmity ends neatly within a year? There's not just a question over who will be able to use these new rights – when will they choose to use them? At the early stages of a relative's need, before they require professional care? Or towards the end of their life? Taking a month or two off to look after a dying relative will be financially viable for more people than taking a year off for someone with open-ended needs.

Either way, the plans enable the government to expand the pool of unpaid carers in society, thereby reducing some of the pressure on the adult care system (both private and state-funded) and NHS Continuing Healthcare services without putting new money in.

With the government reluctant to commit serious resources to the care crisis its austerity measures have created, 'carers' leave' offers a cut-price sticking plaster in which both the state and the market dump some of the responsibility for caring labour back on the individual.

Labour's draft manifesto was a heaving raft of workers' rights, designed to bolster their bargaining power when dealing with employers. The Conservatives have adopted a fundamentally different strategy – legal rights above collective might. One of the Tories' better measures – statutory time off for training – sums up this difference in approach between individual and collective advancement.

There is a lesson here for Labour, however. Limited though the plan for carers' leave is, it constitutes something largely absent from Jeremy Corbyn's wide-ranging manifesto – a policy for people who feel they don't need the state. A policy aimed at the 'private individual'.

Just as the number of people who claim benefits is larger than the number who think they do, the number of people who feel they are wholly self-reliant will be larger than the number who actually are. Labour's policy levers always involve providing benefits and services. That's fine – those work. But if it is ever to return to power, it will need to win the votes of those who don't feel they need benefits or means tested public services. Universalising these services is expensive and not necessarily a voter priority – so then what? Labour currently has no system of thinking that addresses this blind spot in its agenda.

As for the Conservatives, this is a dream scenario. A policy that costs the government little and mostly helps natural Conservative voters – middle class families with two earners and savings – is sold as a revolutionary new pro-worker agenda. New rights that need money to enforce sound like rights for those without the money to enforce them. The Tories are now the workers' party – as long as those workers don't get ideas above their station.

Still, those headlines. Why pay the Saatchis for what Fleet Street gives for free?