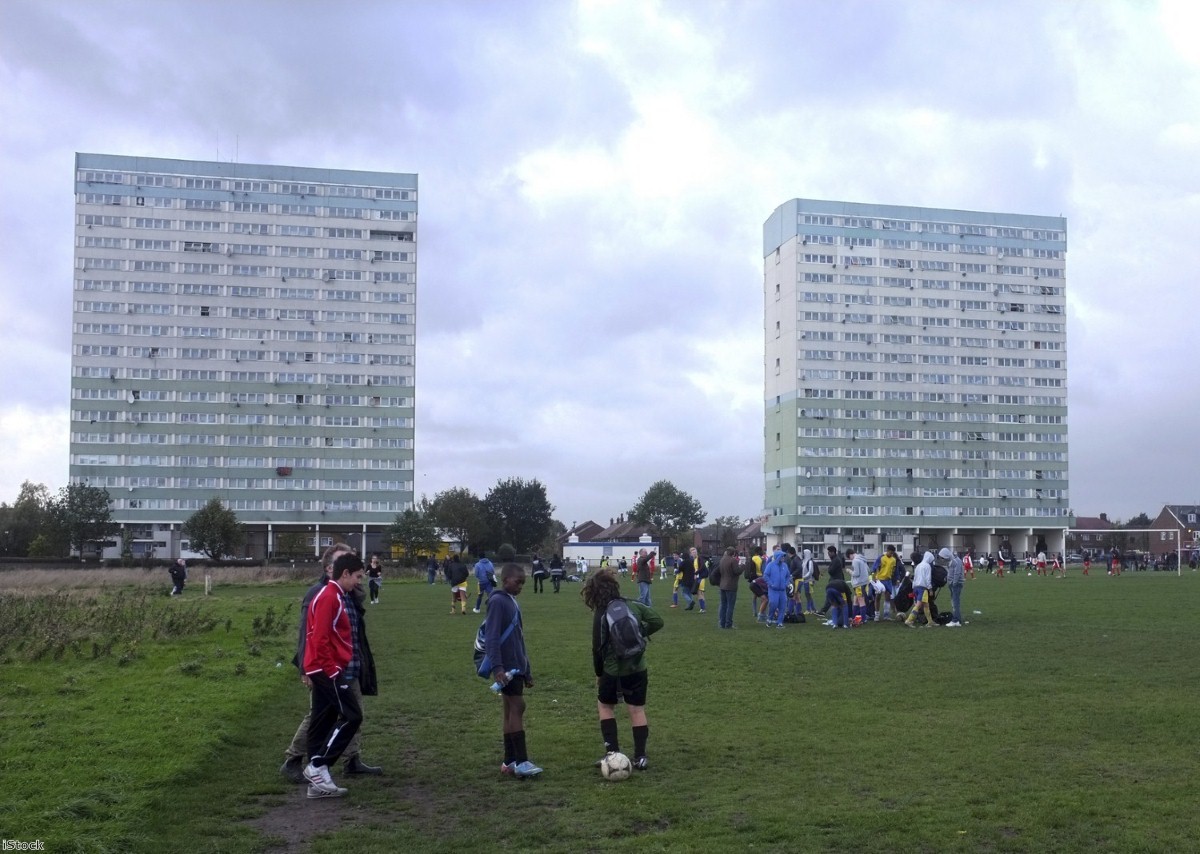 Grammar schools are another stick to beat the working class

When I was growing up, my parents spoke about me going to university as if it was inevitable. It was only much later that I realised this had a lot more to do with hope than expectation.

Nobody in my family had ever been to university but it was something my parents, especially my dad, would have loved for me to have done. Yet despite all the encouragement and the reasonable exam results, I left school at 16 and started working as a care assistant.

I told myself I just wasn't that into education, that I wanted to be out there in the world, earning my own money and having fun. In reality, I was scared. Most children at my school just didn't go to university. That's not to say I didn't know people who went on to further education. I did, but only one of those was from my close friendship group  – and she just happened to be the only one from a middle class background. The rest, from estates like the one I was from, left school at 16 if not earlier.

I left school on the same year Labour baned the creation of new grammar schools. Now, almost two decades later, it's reported that Theresa May will lift the ban.

Some people use stories like mine as an example of why grammar schools are a good idea. The argument is that selective schools are a vehicle for social mobility. But even if that was true – the evidence suggests it isn’t – what about the children left behind? For every one child that might successfully make it through a grammar school and go on to university there will be many more left behind at the local secondary believing they weren't good enough.

Many of us can remember what the classes in the bottom set for maths or english were like. At my school, they were chaotic, noisy lessons, with more people chatting and messing around than learning. There are reasons for that. One explanation is that some of the kids who struggle in tests are the same ones who cause trouble in the classroom. But it's also due to the impact of being told you are at the bottom, and what that does to how you see yourself. Why bother to try if you're already hearing that you're a failure?

For the working class kids, who are already told they’re at the bottom of society, grammar schools would be another reminder that they are below everybody else. They won't see that middle class families are paying tutors to coach their kids to pass the entry exams. They won't recognise that just the cost of uniforms excludes them from certain schools. And they won't understand that the odds are so massively stacked against them that it's society with the problem and not them.

Despite all the talk of helping working class kids 'escape' their circumstances, grammar schools will be used as another stick to beat them with. They will feed into the myth that the hardship faced by the poor is of their own doing. The message will be 'we gave you the opportunity to better yourself and you didn't take it'. It's the way the Tories always talk about the causes of poverty. They're very keen to blame broken families, but a lot less willing to discuss structural inequality or admit the role their own policies have played in making life harder for working people.

A family struggling to pay the rent because of the bedroom tax is not interested in grammar schools. A child carer whose mother faces humiliating tests to prove she is disabled won't be looking for some golden ticket to enter the middle class. All their energy is taken up just trying to get by.

Working class kids need to see people like themselves succeeding, but as report after report has shown, the tops jobs in the UK are overwhelmingly filled by people from elite educational and socio-economic backgrounds. Meanwhile, just 28% of white working class boys who receive free school meals achieve five GCSEs at grade C or above. Children on estates are more likely to see people who look and sound like them on TV shows like Benefits Street than they are in the Houses of Parliament or working as a lawyer.

The only way to change that is to make sure that every child – no matter where they live or what background they are from – has the best education possible. This may sound like pie in the sky but it can be done. We only need to look at the success of London schools to know what progress can be made when all those involved put their minds to it. If May really wants to help working class kids she should focus her attention on improving standards at all schools, not just the ones which educate a select few.