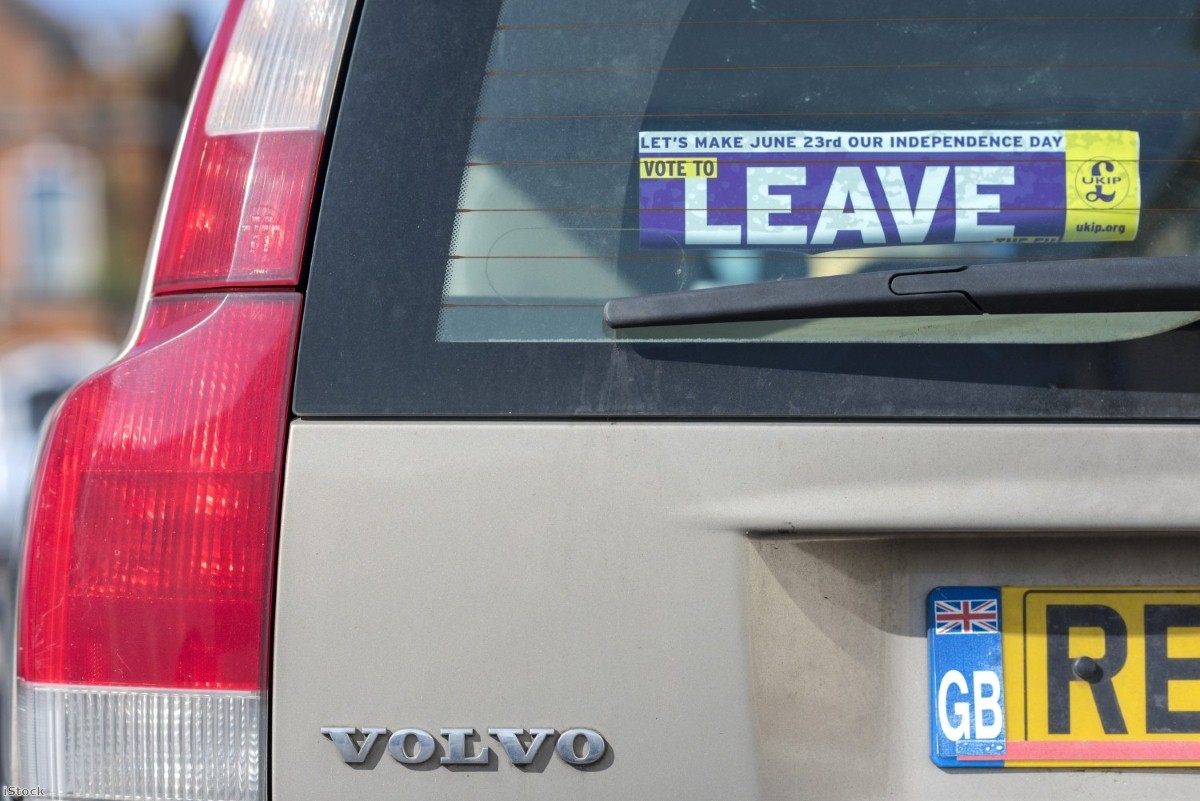 A tale of two Brexit Britains

When the chips are down, go long on scapegoats. We cast around for someone to blame – preferably someone who doesn't look like us.

We can see this in the Brexit fallout. Activists and commentators have spent the ensuing weeks arguing over who it was that drove the Leave vote.

One of the most popular theories is that Brexit was a revolt by the left-behind, alienated "white working class", as evidenced by the unexpected Leave majorities in traditional Labour heartlands. Leave campaigners are especially keen on this version of events, as it means theirs is the cause of the poor and downtrodden, a heroic army of ragged-trousered eurosceptics overturning the established order of the gilded elites.

Cast like this, those smug middle-class liberal europhiles mustn't dare criticise or try to counter the Leave agenda – else they will be setting themselves against the noble masses whom they for so long have claimed to speak for.

The apparently rival theory is that this wasn't really about class, but social conservatism. Seemingly preferred by Remainers, this line claims that Leave was actually the result of home-owning Daily Mail readers eating the young while reminiscing about the good old days of Section 28 and the death penalty. In other words, Bad People who back Bad Things, rightly and righteously opposed by Continuity Remain.

There's some spillover of this within the Labour leadership contest. The Corbynite anarchist tendency defines itself by its opposition to national borders, and is fiercely against Labour making sceptical grunts on EU immigration. Thus any suggestion that Leave won because working class Labour supporters were angered by mass immigration is anathema. On the other hand, the Blue Labour coterie sees a perfect opportunity to revive its anti-immigration message that was blown apart by the friendly fire of Lord Glasman's thought grenades.

So which version of events is right? Well, they both are. Sort of.

There are various traits and viewpoints by which to plot the borders of Remainia and Leavia. To the extent that post-referendum polling can be relied upon – it's more reliable than predictive polling, at least until Brexit goes horribly wrong – we can see which factors correlate to how people voted on June 23rd, and which don't.

Certainly, voters from the lowest socioeconomic category – DE, meaning semi-skilled and unskilled workers, casual workers, and many pensioners – tended to back Leave. Lord Ashcroft's sizeable on-the-day poll found 64% of DE voters – and also C2 voters, the "skilled working class" – voted Leave. The more DE people there were in an area, the higher the Leave vote was.

In fact, Lord Ashcroft found that more than 60% of Labour voters at the last general election backed Remain – compared to barely 40% of the more numerous Tories. There are rich Labour voters and poor Tory voters, and there are low-income Leavers who voted Ukip last year or didn't vote at all, but this can't have been a simple matter of Labour's working class vote deserting the party line.

An alternative argument is based on education. People who have university degrees tended to back Remain; those who left school at 16 tended to vote to Leave. Then there's the death penalty line. People were far likelier to vote Leave if they supported the death penalty than if they opposed it. This argument is especially popular among left-wing Remainers, for whom the death penalty is beyond the pale, and who can draw comfort from the fact that many wealthy right-wing voters are social conservatives. It's not the proles, it's the Daily Mail.

In truth, both education and social conservatism are mere limbs of the true behemoth: age. Fifty years ago Britain was a country where murderers could still (in theory) be hanged and only a select few students went on to university – so, naturally, the older you are, the more likely you are to support the death penalty and the less likely you are to have a degree. Neither of those automatically means you are poor – until fairly recently, you could have a well-paid job without a degree.

Even socioeconomic categories partly relate to age. Over-65s are heavily represented in the DE category because of the relatively low incomes people receive from their pensions. They may have had median incomes while working, but these incomes fall in retirement. If they also own a house now worth half a million pounds, that does not affect their DE categorisation.

It is here that we reach the two Brexit Britains. The reason there is such dispute about what drove the result is because the voters who formed the bulk of the Leave vote are not, in fact, the voters who tipped Leave over the line to victory. The average Leave voter was older, white, socially conservative, in the Midlands shires or southern England (but not London), had a middle-income career,  and voted Tory at the last election.

All of which is entirely predictable – but that doesn't add up to a 52% vote share. Remain was expected to win before the polling even started – why didn't it?

This is where the "surprise" Brexit Britain comes in – poorer voters, many of them Labour loyalists, some of them serial abstainers, living in rock solid Labour seats in Midlands cities and northern England, motivated by immigration or alienation to land a punch on the face of the establishment. They weren't the bulk of the Leave vote, but they are the reason the pundits and polls were wrong, and so they have been in the post-Brexit spotlight.

Think about it – 52% of any population is going to be complex and varied. I refer to two Brexit Britains – there are of course more. There's the ethnic minority Leave vote, the 36% of SNP voters, the London Leavers, the ludicrous Lexit brigade. The who and why of Brexit are messy, just like the what, how and when. The truth will not fit snugly into your preconceptions, your tribal prejudices, or your political requirements.

Chaminda Jayanetti is a freelance journalist – and a eurosceptic Remain voter, since you ask.