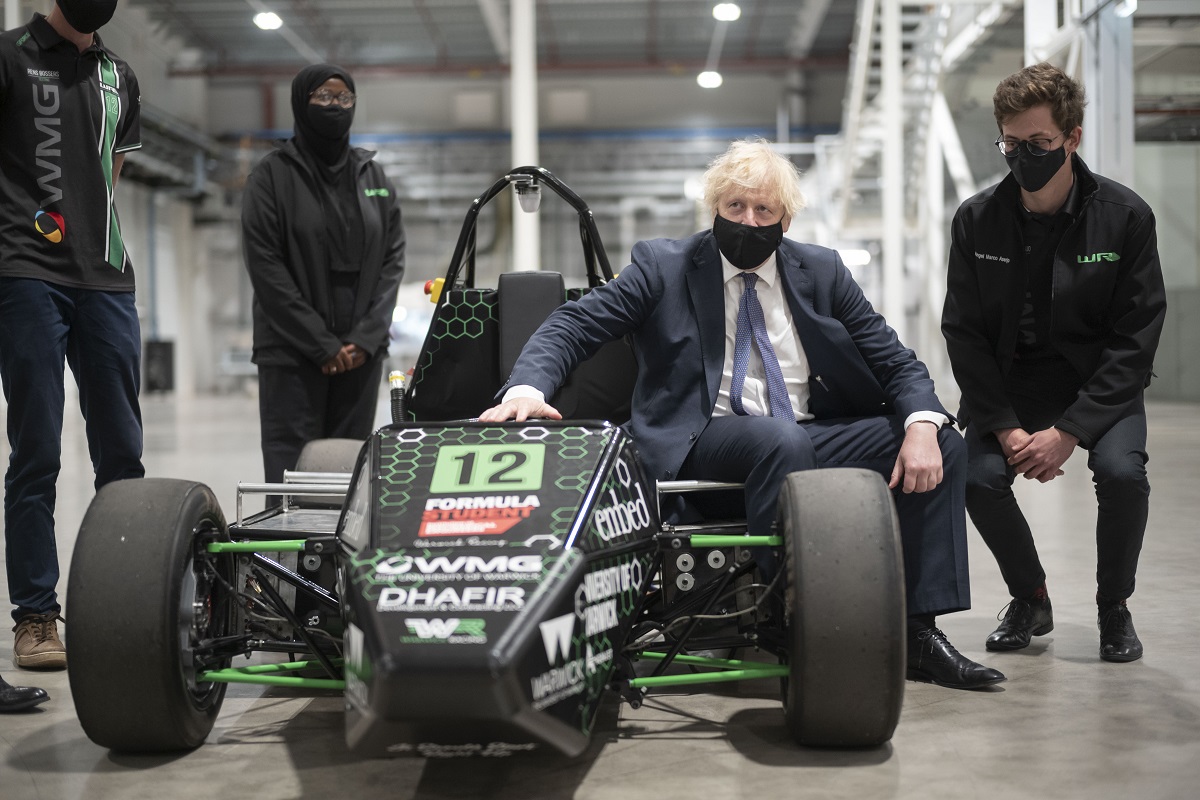 Week in Review: Even the emperor knows he’s got no clothes

The prime minister has no idea what he’s doing. But worse than that: no-one is even surprised by it. We all know – from senior ministers, to political reporters, to the guy sat on the sofa watching the news. And yet we still partake in this farce, of acting as if Boris Johnson has a plan, or a strategy, or indeed anything meaningful to say at all about the conditions the country faces.

His speech yesterday on the ‘levelling up agenda’ – it actually flatters him to use this framing because it suggests that it exists, but what can you do? – was an exercise in vacuity. It had been trailed for weeks. This, we were told, was what the prime minister really wanted to be getting on with if it hadn’t been for the pandemic supposedly distracting him. So what did he have to announce?

Nothing. It turns out that ‘levelling up’ is such a broad concept that it contains the entirety of the policy programme the government has already announced: crime, broadband provision, education, high streets. On and on the list went. But no new announcements, except for £50 million for new football pitches.

By the end, he had been reduced to essentially asking people to email in with their ideas. “So my offer to you – and I am talking to all those who see a role for yourselves in this local leadership – come to us… with your vision for how you will level up, back business, attract more good jobs and improve your local services.” This is supposedly the defining mission of the government and two years in they’ve reached the point of asking for suggestions.

No-one can claim to be surprised by this and in truth people weren’t. We all know that Johnson has no values. His MPs know, political journalists know, and voters know. His MPs ignore it because he offers them a poll lead, journalists ignore it because the rhythm of Westminster demands that we cover prime ministerial speeches, and his supporters ignore it because they admire the cheeky-chappy, nod-and-a-wink, getting-away-with-it energy he has. It was perfectly obvious what he was years ago, before the Brexit campaign. It became demonstrably plain after it. And it is now understood by everyone.

This would be less important if the country was in a fine state. But, as Johnson himself correctly stated yesterday, it is not. It is, as he said, “an outrage that a man in Glasgow or Blackpool has an average of ten years less on this planet than someone growing up in Hart in Hampshire or in Rutland.”

So what to do about it? Sometime soon there may be more meat to the bones of Johnson’s branding exercise. The Tory MP Neil O’Brien – no idiot – has been brought in to advise, with director roles in certain policy areas and a team of civil servants. But even if the ideas start coming thick and fast, there is a problem with implementing them.

During the Q&A after the speech, Johnson said something interesting: “I’m not attracted to the idea of extra tax rises on hard working people”. That’s particularly pertinent when you consider what happened earlier this week during the debate on foreign aid. Chancellor Rishi Sunak wanted to keep the reduction in international aid so that the government can reduce borrowing. He managed to head off a Tory rebellion by threatening that there would be “fiscal consequences” if the 0.7% spending level was restored. What would those consequences be? Tax rises or spending cuts.

You can do the maths on that. Levelling up is an expensive business. It’s not an easy thing to reverse decades of decline or the deep-seated industrial, geographic, educational factors which have played into it. It requires spending. But it’s clear that it will not be paid for by borrowing or tax rises. So it won’t happen. It cannot happen, by virtue of the priorities the government has committed to.

And that’s really the rub of it. You can be in favour of levelling up or you can be a fiscal conservative. But you can’t be both.

It’s not clear that Johnson understands this. He barely seemed aware of the consequences of what he was saying in that Q&A yesterday. He was just defaulting to his standard Telegraph columnist mode. So not only is there a headlock on policy, there is a prime minister who does not seem to understand that his government is losing a wrestling match against its own inconsistencies.

This is what it means for the emperor to have no clothes. You can live in a country with fierce injustices and lack of opportunity – but you can’t do anything about it. The prime minister does not have the ethical drive, the emotional investment or the mental capacity to address them. So we will have to watch this farce continue to play out, over years, while the injustice continues.