Laura Kuenssberg is currently the well-known face of the BBC’s political programming, having been appointed as the first female political editor of BBC News in 2015. Previously she had spent many years in political journalism.

So felt was her presence during the 2010 General Election and subsequent coalition negotiations that fellow political journalist, David Aaronovitch, coined the term ‘Kuenssbergovision’.

Kuenssberg steps down from her role as the BBC’s Political Editor in May 2022.  From September 2022 she will present the BBC’s main political show on Sunday morning, taking over from Andrew Marr. The prime time weekly politics show was previously hosted by Andrew Marr between 2005 and 2021, and by the late Sir David Frost between 1993 and 2005.

Beyond her reporting, however, relatively little is publicly known about Kuenssberg. 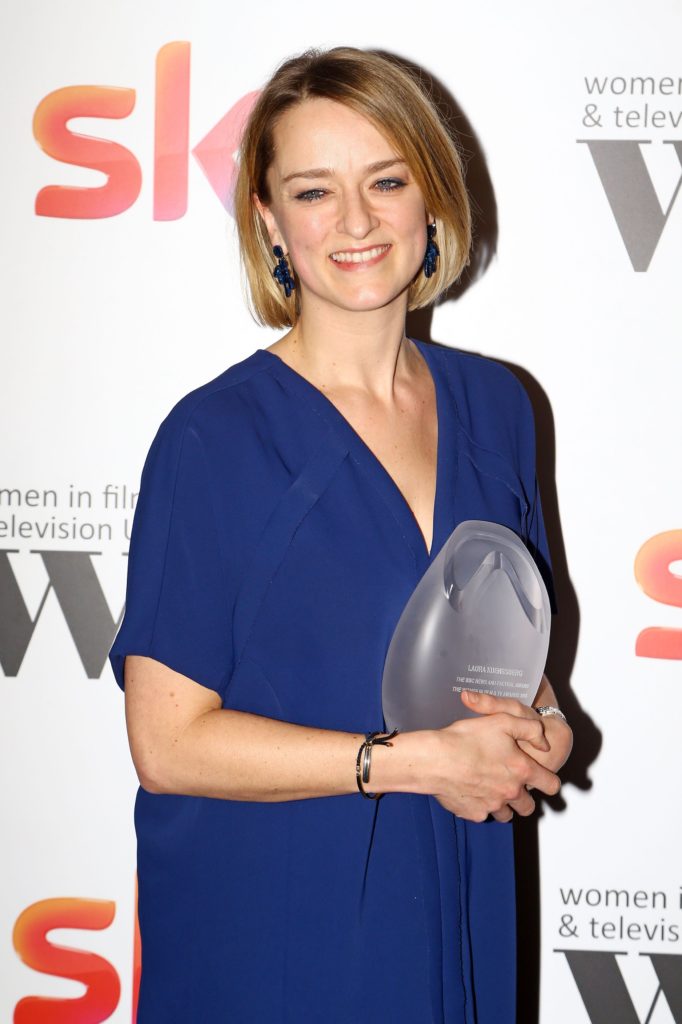 The BBC publishes the salary ranges of its highest-paid stars annually. In 2020, Kuenssberg’s salary was reported as £290,000. This was a £40,000 pay increase from the previous year.

As BBC political editor, Laura Kuenssberg has a duty to stay impartial, with anything that is considered less than impartial, becoming problematic for the publicly-funded broadcaster.

Luckily for the BBC, Kuenssberg has stressed she would ‘die for impartiality‘. Nonetheless, all sides of the political aisle have taken their turns complaining about Kuenssberg’s coverage.

Following the Brexit referendum and the 2016 election in the US, Kuenssberg exclaimed in an interview with Press Gazette, that the ‘world is on acid’. Following this, Brexiteer, and Brexit supporting newspapers such as the Daily Express, accused Kuenssberg of ‘Remainer’ Bias.

Martin Keatings, convener of the pro Scottish independence campaign group ‘Forward As On’, complained to BBC Director-General Tim Davie about a Kuenssberg article entitled ‘The UK Government’s Scottish independence dilemma’. According to Keatings, the piece contained a biased reading of the Scotland Act 1998. Mr Keatings declared that Holyrood had the power to legislate for a public vote on independence without the need for the UK Government’ consent, Kuenssberg had stated that government consent was required.

Further allegations of bias, have come from the left-wing of the Labour Party. Party activists and even MPs, accused the BBC and Kuenssberg of unfair coverage of then Labour Leader Jeremy Corbyn. At Labour’s 2019 General Election manifesto launch, Kuenssberg was booed as she rose to ask a question.

It has been reported these allegations of bias have on occasion turned to abuse, particularly on social media. In 2017, the BBC hired a bodyguard to accompany the BBC’s Laura Kuenssberg to the Labour Party Conference believing Kuenssberg’s safety was under threat. In 2016, a petition was taken down by the website 38 degrees after claims that it had became a focal point for ‘sexist and hateful abuse’.

Kuenssberg began her career with BBC North East and Cumbria in 2000 as a trainee journalist. She became a political correspondent for the BBC in 2003, working across the Daily Politics, the Today programme, and Breakfast News.

In 2009, she was appointed as the BBC’s chief political correspondent, before opting for ITV News in 2011 to become their Business Editor.

Kuenssberg returned to the BBC in 2014 as a regular presenter on Newsnight. In 2015 she was appointed as the BBC’s Political Editor.

How old is Laura Kuenssberg?

The youngest of three children, Kuenssberg was born in Italy in August 1976 to Scottish businessman Nick Kuenssberg and his wife Sally.

Kuenssberg is married to management consultant, James Kelly, about whom little is known. Having met at Edinburgh University, they currently reside in East London and don’t have any children.

Kuenssberg rarely touches on her home-life, but said in an interview with the Radio Times in 2019, ‘I read a lot of brilliantly awful fiction, 99p on iBooks fiction. I’m a fan of the kind of fiction that turns your head to candyfloss at the end of the day’. She also admitted to love ‘watching telly for telly’s sake’.