Having led Labour to their worst election performance since 1935 at the 2019 General Election, Corbyn stood down as Labour leader.

Corbyn had the Labour Party Commons Whip removed in 2020 following his response to the Equalities and Human Rights Commission’s report on anti-Semitism in the Labour party. 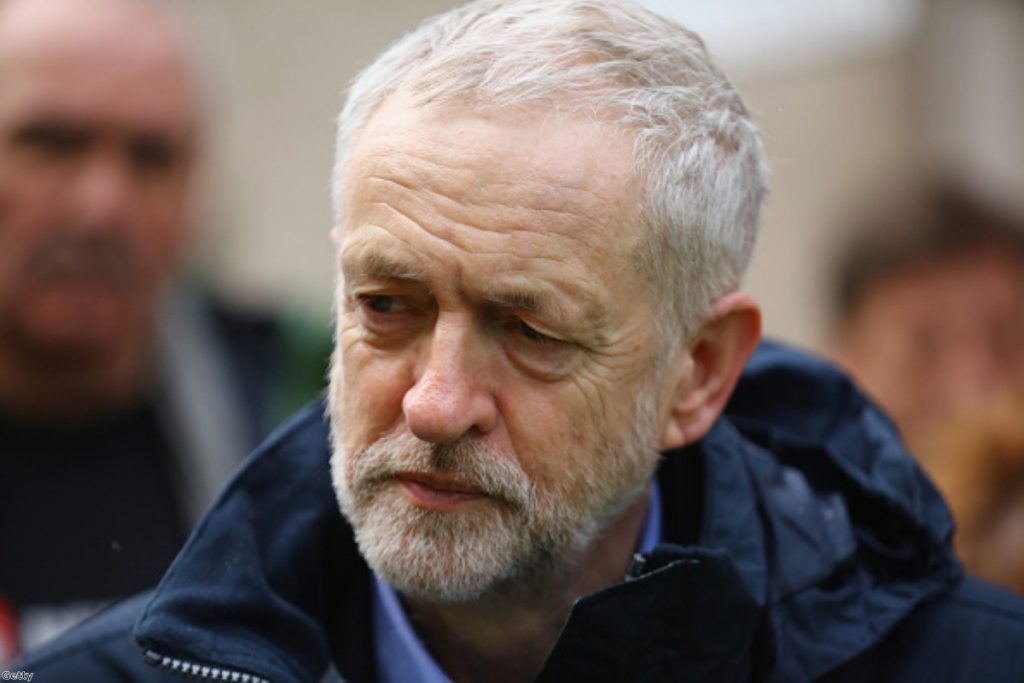 With Labour’s defeat at the 2015 General Election and Ed Miliband’s subsequent resignation, a leadership race was announced. Corbyn declared his candidacy and his campaign became a surprise hit. He took his left-wing, anti-war, anti-austerity, pro-nationalisation values to rallies across the United Kingdom.

Corbyn won the leadership with ease, securing 59.5 % of the party membership – three times that of any other candidate.

Many ‘soft-left’ Labour MPs expressed reservations with Corbyn and his views. Indeed, he only reached the 35 MP level required to become a leadership candidate because at least 14 MPs nominated him against their own first preference so to ensure a ‘broad debate’. Throughout his time as Labour Leader, Corbyn struggled to form a unified shadow Cabinet.

In the aftermath of the 2016 EU referendum, shadow Foreign Secretary Hilary Benn was sacked after it was revealed that he had been organising a mass resignation from the shadow Cabinet.

By 27 June 2016, 23 of 31 Shadow Cabinet members had resigned in protest at Corbyn’s leadership. Mr Corbyn faced a leadership contest against challenger Owen Smith, but he won this comfortably with 61.8% of the vote.

With the endorsement of his party members, Corbyn went into Theresa May’s snap 2017 General Election with the hardest left-leaning manifesto seen in many decades, including free tuition for higher education, re-nationalisation programmes and tax increases. In Corbyn’s first General election, Labour avoided the humiliating defeat many pundits predicted. Indeed, in the hung parliament that resulted, Theresa May’s power was substantially reduced – and Corbyn and the Labour Party became more significant players in the Brexit negotiations that followed.

Corbyn’s internal Labour Party issues were not over here, however, and in February 2019 eight Labour MPs left the party in protest at his handling of Brexit and antisemitism. In May 2019, the Equality and Human Rights Commission launched a formal investigation into the party’s handling of antisemitism accusations.

After initially advocating a ‘soft Brexit’ with a customs Union with the EU, party policy switched in 2019 in favour of advocating for a second referendum. The 2019 Labour manifesto included a ‘second referendum’ proposal. But in the 2019 election, Corbyn struggled to inspire the enthusiasm of 2017 and he led the party to its worst General Election defeat since 1935. Corbyn then resigned as opposition leader.

What is Jeremy Corbyn doing now?

In October 2020, the Equalities and Human Rights Commission announced that its investigation had found 23 instances of ‘inappropriate involvement’ by Corbyn’s staff in antisemitism complaints during his time as Labour Party leader.

In response, Corbyn said his team had ‘acted to speed up, not hinder the process’, that he did not accept all of the EHRC’s findings, and that while ‘one antisemite is one too many’, the scale of antisemitism within Labour had been ‘dramatically overstated’.

This response resulted in Corbyn’s suspension from the Parliamentary Labour Party.

Still the Member of Parliament for Islington North in London, Corbyn announced a Project for Peace and Justice in January 2021. The organization aims to ‘bring people together for social and economic justice, peace, and human rights, in Britain and across the world’.

First elected to parliament at the 1983 General Election, Corbyn soon established himself on the left wing of the Labour Party.  He is a committed supporter of a United Ireland. Corbyn took on significant criticism when he and Ken Livingstone invited the then Sinn Féin leader, Gerry Adams, to speak in London in 1984.

Corbyn has always been on the hard left of the Labour Party.  A long standing member of the Socialist Campaign Group of MPs, he previously wrote a weekly column in The Morning Star.

Corbyn was fiercely opposed to the Iraq War and has spoken at many anti-war rallies in the UK and abroad. He was an elected member of the Stop the War Coalition steering committee as well as being Vice-Chair of the Campaign for Nuclear Disarmament. On 31 October 2006, Mr Corbyn was one of 12 Labour MPs to back Plaid Cymru and the Scottish National Party’s call for an inquiry into the Iraq war.

Before becoming leader, Corbyn had never served on the Labour Party’s frontbench. Corbyn never sought high office – and was never offered it. In fact, from 1997-2010 he rebelled against the Labour Whip 428 times – making him by far the most rebellious Labour Member of Parliament..

Jeremy Corbyn was born in Wiltshire but spent much of his childhood in Shropshire.  He attended the Castle House School (an independent prep school near Newport), before becoming a day student at Adams Grammar School in Newport.

After a brief spell as a journalist, Mr Corbyn worked a trade union organiser for the National Union of Public Employees (NUPE) and Amalgamated Engineering and Electrical Union, before becoming an MP.

Before his election to parliament in 1983, Corbyn was an elected councillor in the London Borough of Haringey (1974-83).

Corbyn lives in Finsbury Park, London. He has been married three times, and has three sons.

‘Kerrang!’ for Corbyn
One of the most surprising endorsements for Corbyn at the 2017 General Election came from ‘Kerrang!’, the heavy metal magazine.