The Alliance Party of Northern Ireland describes itself as a non-sectarian party which advocates co-operation between nationalist and unionist communities. The Party is aligned with the Liberal Democrats and is currently led by Naomi Long.

The Alliance Party currently has one Member of Parliament at Westminster , Stephen Farry.

It also has one seat within the Northern Ireland Executive, with the party’s leader, Naomi Long, being the Executive’s current Justice minister.

The Party possesses over 51 Alliance councillors across Northern Ireland, with its 10 councillors in Belfast holding the balance of power on the City Council. 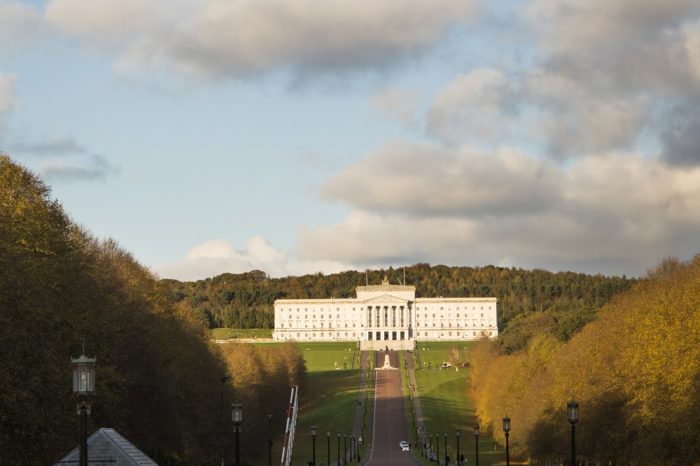 The Alliance Party has become the third largest Party in Northern Ireland.

Breakthrough of the Alliance Party

In the early part of the Twenty First Century, the Alliance Party’s share of vote remained relatively static.

However during the course of 2019, there was an Alliance surge as support for the party doubled to 16% of the popular vote. In the December 2019 General Election, the Alliance Party gained a seat in the House of Commons with Stephen Farry gaining North Down with a vote share of 45%.

In the 2022 Northern Ireland Assembly elections the allicance party became the third largest party in the assembly more than doubling its representation from 8 to 17.

Thanks to this breakthrough, the Alliance Party has recently been able to shrug off its small party status. It has now become Northern Ireland’s third largest political party.

The Alliance Party polls well amongst graduate voters. The proportion of Alliance Party voters who are graduates (31%) is double that found among supporters of the Democratic Unionst Party and Sinn Féin.

The Alliance Party has been involved in Northern Irish politics since it was founded in 1970. Although the Alliance Party originally positioned itself as a moderate and non-sectarian unionist party, it has since moved to a position of policy neutrality on the issue of a United Ireland.

In the 2010 General Election, the Alliance Party made headlines when the Party’s Leader, Naomi Long, ousted the rival Democratic Unionist Party Leader, Peter Robinson, from his Belfast East seat with a 22.6% swing. However, the DUP won back the East Belfast seat in the 2015 election.

On its website, the Alliance Party describes its aim as being to heal the divisions in Northern Irish society. It states how the party believes in ‘a shared society, free from intimidation, discrimination and fear, where everyone is safe, can play their part and is treated fairly and with respect’.

The Alliance Party is opposed to the Northern Ireland power sharing executive on the grounds that it believes the people of Northern Ireland should be able to elect their own Executive and decide their own system of government without systems imposed on them by Westminster.

The Alliance Party claims to be neither unionist nor nationalist and asserts its neutrality in the debate about Northern Ireland’s constitutional status. Like the Lib Dems, the Alliance Party strongly opposed the UK’s exit from the European Union.

At the 2019 General Election, the party was committed to increasing spending on health and education, it was in favour of integrated education in Northern Ireland, and committed to reducing the voting age to 16.

PMQs: One side ‘out of touch’, the other ‘champagne socialists’
Uncategorized