What are alcohol duties?

Most products containing alcohol are subject to a series of excise duties: either spirits duty, wine and made wine duty, beer duty, or cider and perry duty. These duties are collected by HM Customs and Excise, and are levied on manufacturers and importers.

The rate of alcohol duties is adjusted annually by the Chancellor of the Exchequer as part of the Budget, with changes coming into force that day under the terms of the Provisional Collection of Taxes Act 1968. 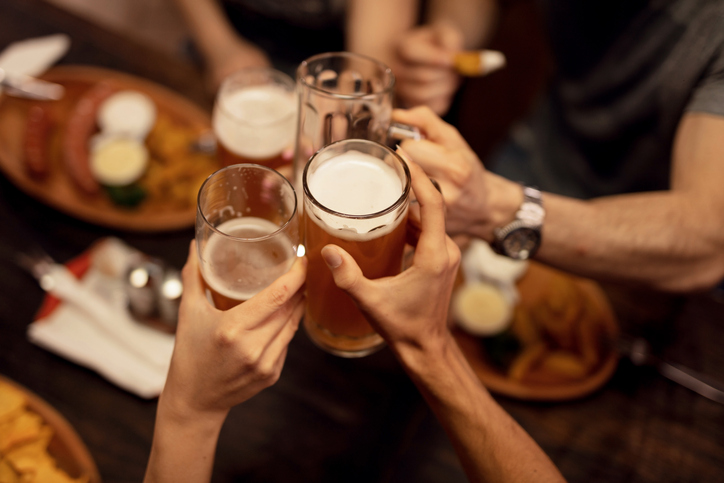 Alcohol duties raise over £12 billion each year for the Exchequer.

Many drinkers resent the high and regularly rising prices that they have to pay for alcoholic beverages as a result of alcohol duties. Nonetheless, the principle of government taxing alcohol heavily as a source of revenue and to provide a price-based deterrent to drinking is longstanding.

Those arguing around this issue, variously refer to a number of aspects of the debate:

Taxation as a Public Health tool
Approaching the alcohol duty debate from a public health perspective, a number of campaign organisations call for the use of alcohol duties as a key part of a strategy to reduce overall levels of drinking.

The campaign group, Alcohol Concern, has pointed out that 200,000 children in England live with an alcohol dependent parent, that 167,000 working years are lost each year to alcohol, and that alcohol costs the NHS in England some £3.5 billion per year in related treatment costs.

Alcohol also contributes significantly to the work, time, and costs involved in the criminal justice system.

Alcohol Taxation as a revenue generator for the taxman
Alcohol duties raise over £12 billion per year for the Exchequer.  In the years after the 2020/21 Coronavirus pandemic, it is argued that these are revenues the government desperately needs in order to fund public services.

Alcohol Taxation and smuggling
In the early Twenty First Century a significant problem of alcohol smuggling emerged. The causes of this phenomenon are disputed, but perhaps the most important is the desire of large sections of the public to pay less for alcohol and its willingness to evade paying duty to do so.  Some critics of the UK’s alcohol duties regime put the problem down to the differential rates in the UK and the rest of Europe. This has generated the problem of the “white van man”, who makes money by bootlegging drink. The drinks industry campaigns vigorously for UK duty levels to be lowered to those seen on the continent.

It is pointed out how the Government faces a dilemma with regard to alcohol duties. Increasing duties can be expected to stimulate duty evasion and revenue loss, while reducing them leaves the Government open to accusations of social irresponsibility and reduces legitimate revenue.

Damage to the Drinks Industry
Industry groups and real ale organisation’s highlight how alcohol duties are putting the sector under increased pressure.   The pub trade is already considered to be suffering considerably given the tendency for people to buy cheaper take outs and cans from supermarkets over the last two decades.

In the light of the alcohol escalator charge introduced by the Brown Government, Brigid Simmonds the Chief Executive of the British Beer and Pub Association, accused the misguided policy of resulting in “hundreds of pub closures” and the loss of over “5,000 jobs” in the sector in one year.

The Campaign for Real Ale (CAMRA) has supported the idea of charging a lower rate of duty
in pubs, so to advantage that part of the sector.   It is argued that licenced premises have higher retail prices than off-trade providers and are less likely to be harmful, given that alcohol is being drunk in a supervised, regulated location.

High Prices
Taxpayers groups have also pointed to the high cost of alcohol in the UK, compared to the rest of Europe.   The TaxPayers Alliance has suggested that alcohol prices in the UK are 43% higher than the EU average because of alcohol duty.

Back in 2012, the Wine Trade and Spirit Association pointed to how the rate of alcohol taxation in the UK was now “so out of step with our European neighbours” that visitors to the London Olympics would face paying 50 per cent more for an average bottle of wine (£4.89) than if the Games were being held in Paris (£3.26) and triple what they would pay in Madrid (£1.52).

Complexities in the system
The current alcohol duty regime is also said to be complicated to understand, and disproportionate. The current duty structure treats different drink categories very differently in terms of the amount of duty paid related to the level of alcohol consumed.   This category based system is said to see cider drinkers pay the most tax per unit consumed.

Early Years
Governments have taxed the consumption of alcohol for centuries, with different intentions at different times. Usually, governments were simply taking advantage of high demand to raise money from alcohol, and in the wake of high duties, smuggling has typically followed.

In some parts of Britain, such as Cornwall, during the 18th and 19th centuries, smuggling of luxury goods (including drink) from Europe was more economically significant than the legitimate economy.

One of the best known and earliest attempts to use alcohol duties for social and health purposes, however, occurred in the early 18th centuries. At the end of the 17th century, cheap gin began to be consumed in large quantities in Britain, and laws introduced by William III actively encouraged distillation. With gin sometimes being distributed as part of workers’ wages, consumption soon outstripped beer-drinking. Gin was taxed at 2d per gallon, while strong beer was taxed at 4 shillings 9d. The widespread consumption of gin was causing serious health and social problems, particularly in London (most famously depicted in Hogarth’s “Gin Lane”). Research has suggested that gin-drinking was one of the main causes behind the death rate in the capital overtaking the birth rate in this period.

In 1729, gin sellers were required to be licensed (at a cost of £20) and the duty was raised to 2 shillings per gallon. In 1736, the Gin Act raised the cost of a licence to £50 and the duty to £1 – making gin prohibitively expensive. Rioting followed, and in the seven following years, only three licences were bought – yet gin, now frequently adulterated and harmful, continued to be consumed in huge quantities. The unenforceable Act was repealed in 1742 and the gin problem reached its peak during that decade, before a new system of regulation was introduced in 1751.

Modern Alcohol Duties and the European Single Market
Today, the framework for alcohol duties is provided by the Alcoholic Liquor Duties Act 1979.

The advent of the EU single market in 1992 was a critical turning point for alcohol duties: for the first time, most of the restrictions on people travelling to other European countries – where duties were usually far lower – were removed.

This led on to large scale “bootlegging” (the bringing back of alcohol from the continent “for personal consumption” which was then resold without UK duty being paid). The Major government recognised this problem, and froze alcohol duties in its final years in an attempt to stem the tide of duty evasion, a policy initially continued by the Labour government after 1997.

In 2003, in response to the extent of spirit smuggling, the Chancellor Gordon Brown announced plans to require bottles to display a stamp confirming that UK duty had been paid – in the face of industry opposition. Measures were included in the 2004 Finance Bill.

Gordon Brown’s government then introduced a duty escalator which saw the the duty on alcoholic beverages by 6 per cent in real terms between 2008 and 2013.  This escalator proved very unpopular with the pub community.

The Conservative Liberal Democrat Coalition government that was elected in May 2010 stated that it would “review alcohol taxation and pricing to ensure it tackles binge drinking without unfairly penalising responsible drinkers, pubs and important local industries”. In his Budget speech on 20 March 2013 the Chancellor, George Osborne, announced that while duty rates on other drink categories would go up by 2 per cent above RPI, the duty escalator on beer would be cancelled, and the duty rate would be cut by 1p per pint

Alcohol Duties post Brexit
Britain’s departure from the European Union in 2020, has opened up the possibility of fundamental reform to the alcohol duty regime in the UK.   The UK no longer has to comply with the  EU-wide regime for minimum excise duties.

Following Britain’s departure from the European Union, from 1st January, people are entitled to buy alcohol and tobacco products duty-free, irrespective of their destination. Without having to pay duty people are able to import 42 litres of beer, 18 litres of still wine, and 4 litres of spirits or 9 litres of sparkling wine, fortified wine or any alcoholic beverage less than 22% ABV.

In July 2020, the Financial Secretary to the Treasury, Jesse Norman said that the government “recognises” the need to reform the current duty system.  In October 2020, the government launched an ‘Alcohol Duty Review’, a call for evidence from stakeholders on how well the system currently works and how it might be reformed.

“The Government recognises the need  to reform the current duty system to support the alcoholic drinks and pubs sector in the longer term, and will publish a call for evidence before end September 2020” – Jesse Norman, Financial Secretary to the Treasury, July 2020.

“MPs must not lose sight of the importance of taxation as a means not only to lower levels of alcohol harm but also to direct revenues to the public purse. If minimum pricing is not combined with an increase in duty or some form of levy, any extra monies will increase the profits of the supermarkets and the drinks industry”….”We urge MPs to use the opportunity today to push for an effective solution on cheap drink. With alcohol harm costing the UK an estimated £25bn each year, they can’t afford not to act.” – From a letter to the Telegraph on the Alcohol Taxation Debate, signed by a group of leading doctors and academics, including Professor Sir Ian Gilmore, chairman, UK Alcohol Health Alliance and Special Advisor on Alcohol, Royal College of Physicians; and Dr Hamish Meldrum, chairman, British Medical Association Council – December 2011