What is affordable housing?

There is no absolute consensus on the definition of ‘affordable housing’.

The government defines it as ‘social rented, affordable rented and intermediate housing provided to specified eligible households whose needs are not met by the market’.

However even the ratio between price and income has its limitations. It is do not take into account household borrowing costs to acquire housing and, because such figures are calculated at the aggregate level, they do not always reflect the distribution of housing affordability.

To further complicate this, affordability is more than just being able to buy or rent a property. Affordable housing is also said to involve the cost of maintaining a property over a long period of time, and how sustainable it is economically and environmentally.

Another accepted measure of affordable housing is ‘residual income measures’. This focuses on the level of income that a household has left, after paying for its housing costs. This is useful in indicating whether there is sufficient income left for non-housing expenses after paying for housing. 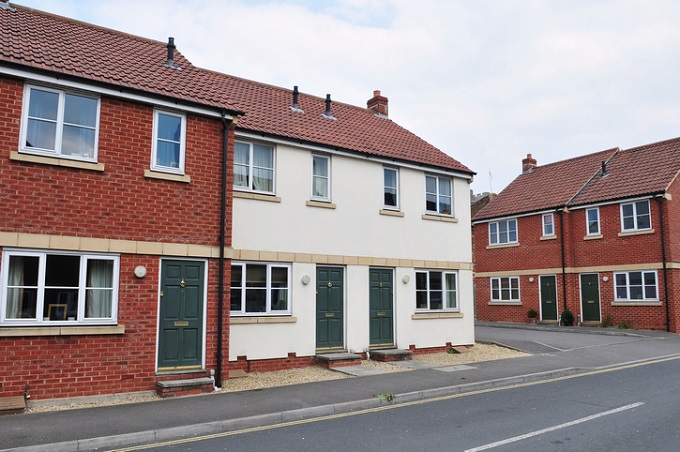 Affordable housing remains a major political issue in the UK.

The need for affordable housing

Driving the debate over affordable housing is the recognition that it is a necessary part of modern British society. Everyone should have the opportunity of a decent home – which they can afford – in a sustainable community.

The UK’s population has risen substantially in the first twenty years of the Twenty First Century. Demographic change in the form of population growth have created new a demand for housing. But house building numbers during this same period have remained low in historic terms, causing house prices and rents particularly in London, the South East of England and the South West of England to shoot up.

An affordable home is associated with rich social benefits.  It allows families to upsize their home, or move into a house for the first time, and offers an obvious solution to the UK’s housing and homelessness crises.

Affordable homes provide social stability, enabling families to ‘put down their roots’ and begin to look for, or hold down, employment in their local area. They support a spending boost in the local economy. And in a settled environment, children can be sent to local schools and this will make learning and, in turn, social advancement more likely.

What forms of affordable housing are available

Social housing is provided by a local council or housing association that acts as the landlord, with social housing let on the basis of need. The safety and quality of some social housing was propelled to the forefront of public attention following the Grenfell Tower tragedy in 2017

Shared Ownership
Shared ownership offers the ability to buy a share of a property (between 25% and 75% of the home’s value) and pay rent on the remaining share. This is useful for those who cannot afford the full mortgage on a property.

Affordable Rent
Affordable rents were introduced by the government to allow social housing providers to charge up to 80% of market rent levels within the local area for letting homes. This model replaced the capital grant supply subsidy for social housing with a revenue subsidy.

‘Affordable Rent’ is designed to ‘maximise the delivery of new social housing by making the best possible use of constrained public subsidy and the existing social housing stock’.

London Living Rent
London Living Rent is a part-buy, part-rent product for those taking their first step onto the property ladder in the capital. This can be either through shared ownership or outright purchase.

Through the scheme, houses are offered on tenancies of a minimum of three years. Tenants are supported to save and given the option to buy their home on a shared ownership basis during their tenancy.

The debate around affordable housing

With housing affordability considered to have worsened in Britain in the first part of the Twenty First Century, the issue has continued to rise up the political debate. The inability of many under the age of 40 to buy a house has become more difficult, leading to inter-generational inequalities and inter-regional level disparities.

House building and social house building
In their 2019 manifesto, the Conservative Party detailed a plan to build at least one million new homes (all tenures) in the lifetime of Parliament. This included a commitment to continue investment to deliver ‘hundreds of thousands’ of affordable homes; and to consider the potential extension of housing association right to buy schemes, and other ways of supporting home ownership.

The Labour Party promised one million new social homes over a decade, 150,000 a year by the end of next Parliament; and more low-cost homes reserved for first-time buyers in every area.

There remains some common political ground around plans for housing in England – all parties have proposals for substantial new house building, alongside greater rights for private and social tenants. The Conservative Party have though typically emphasized the importance of making actual home ownership more affordable, while Labour has focused more heavily on the construction of low-rental council and housing association homes.

LHA did not replace Housing Benefit – it is just a different way of calculating entitlement under the existing Housing Benefit scheme. It is used to work out how much housing benefit or universal credit a person is entitled to receive, if they rent their home from a private landlord.

Local Housing Allowance has frequently been questioned for its fairness. As the Brown government acknowledged in the 2009 Budget, ‘Indications […] are that some claimants may be able to afford accommodation that is out of reach of working families on low incomes. Furthermore, costs of Housing Benefit have been rising above inflation despite static caseloads’. The transition from the old housing benefit system to Local Housing Allowance significantly increased payments available for larger houses in some areas.

Affordable housing around the world

The data shows that house prices have been increasing dramatically across OECD countries, especially for renters, and the supply of affordable housing has failed to meet demand.

Prior to the COVID-19 pandemic, one third of OECD countries recorded increasing rates of homelessness, and although single men still tend to be overrepresented among the homeless population in some places, more women, families, youth and seniors are experiencing homelessness.

Furthermore, less than half of the OECD population, on average, is satisfied with the affordability of housing in the city or area where they live.

The history of affordable housing in the UK

The end of World War I was the beginning of the age of private home ownership. While as much as 80% of the population rented their homes from private landlords, the then Prime Minister David Lloyd George aimed to turn Britain into a ‘land fit for heroes’. In 1919, the government passed the Housing and Town Planning Act of 1919 (The Addison Act), providing subsidies for local authorities to build council houses.

The bombing experienced in WW2 decimated many urban areas and brought house-building to a standstill. Despite being strapped for cash in the five years following the conflict, health and housing minister at the time, Aneurin Bevan, insisted that council homes be built to high standards. 1 million new houses were built between 1945 and 1955 and approximately 900,000 people were moved out of slums and into quality affordable housing.

In the 35 years following the end of the Second World War, local authorities and housing associations built 4.4 million social homes. But by the 60s, with a rapidly expanding population, Britain experienced a housing crisis. This was punctuated by Ken Loach’s famous ‘Cathy Come Home‘ drama.

Following the 1980 Housing act, Margaret Thatcher’s government introduced the ‘right-to-buy’ housing scheme. This gave tenants the ability to buy their council homes outright. In 1982, Right to Buy sales hit an all-time peak of over 240,000. Those who took advantage of this offer saw the value of their property surge during the 1980s housing bubble. House prices rose by 16% in 1987, and a further 25% in 1988.

In his mission to modernise the Labour Party, Tony Blair identified home-ownership as something that was popular with voters. In 2004, then-Deputy Prime Minister John Prescott announced plans to build homes for just £60,000.

There were 57,644 affordable homes delivered (completions) and 68,346 starts on site in England in 2019-20, increases of 1 per cent and 13 per cent respectively when compared to the previous year. Of these 57,644 homes, 92% were new build. 82% of this affordable housing delivery came from private registered providers.

In his October 2021 budget, Chancellor Rishi Sunak earmarked £24 billion for housing, including the provision of £11.5bn for up to 180,000 affordable homes to be built where possible on brownfield land.

‘When first-time buyers on a good salary cannot get a reasonable mortgage, the whole market grinds to a halt. And that ricochets around the economy, affecting builders, retailers, plumbers – all the people that depend on a housing market that is moving … If we don’t do something like this we are not going to get this vital market moving. We will restart the housing market and get Britain building again’. – David Cameron, 2011

‘Unless we act now, we face a future in which a generation of young families will be trapped renting privately for their whole lives, where more and more people will grow old in private rentals, where billions more in welfare costs will be paid to private landlords – and hundreds of thousands more people will be forced into homelessness’ – Housing Charity, Shelter.