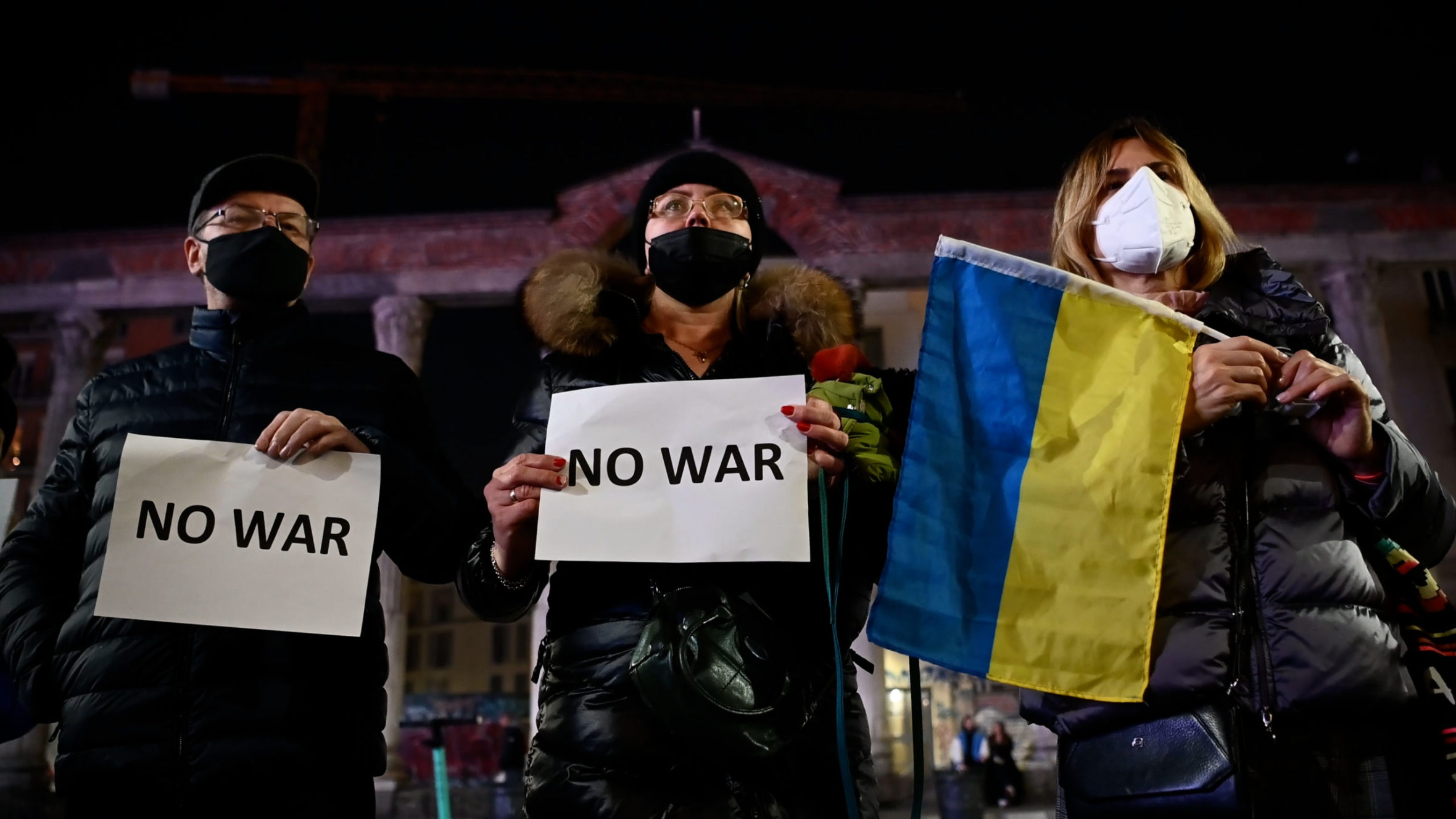 Boris Johnson will hold a call with Nato leaders this afternoon as the alliance plots its next steps in the face of a Russian advance on Kyiv.

Amid reports of Russian troops entering the northern suburbs of Ukraine’s capital this morning, Downing Street said the UK “will continue to stand behind Ukraine” in the face of Russia’s assault on the country.

This morning, the defence secretary Ben Wallace said the Russian army had already lost 450 personnel and “failed to deliver on day one its main objective.

“Our assessment as of this morning is that Russia has not taken any of its major objectives”, Wallace said.

Pressed on whether Wallace’s assessment of the situation was accurate, the prime minister’s spokesperson said the defence secretary’s comments were based on “Ukrainians offering a fierce defence of their families and their countries.

In a call with Ukrainian president Volodymyr Zelenskyy this morning, Johnson said the UK will be offering support “in the coming days”.

Downing Street refused to go into details as to what further military support the UK would offer Ukraine but stressed “nothing is off the table”. The UK has already supplied Ukraine with lethal and non-lethal defensive aid.

Number 10 said there are currently no plans to recall parliament over the weekend, after the prime minister described Russian president Vladimir Putin as a “blood-stained aggressor” in the House of Commons yesterday evening.

It is estimated that as many as five million people could be displaced by Russia’s invasion of Ukraine, according to the UN.

Downing Street refused to be drawn into future plans by the government to accept Ukrainian refugees displaced by the crisis. The UK deployed 350 troops to Poland a fortnight ago to help process an influx of refugees fleeing into Nato-allied countries that border Ukraine.

Downing Street confirmed that the PM will host a meeting of the leaders of Poland, Hungary, the Czech Republic and Slovakia in London on the 8 March to discuss the situation in Ukraine and the UK’s support for security in the region.

A small team of British embassy staff are still based in Lviv in the west of Ukraine to process British nationals attempting to flee Ukraine.

Number 10 added the UK would “continue to work with allies to cut Russia off” from the Swift banking system. It is reported that the UK and the USA have pushed for the move, but it is speculated there is opposition from Germany over the proposed plans.