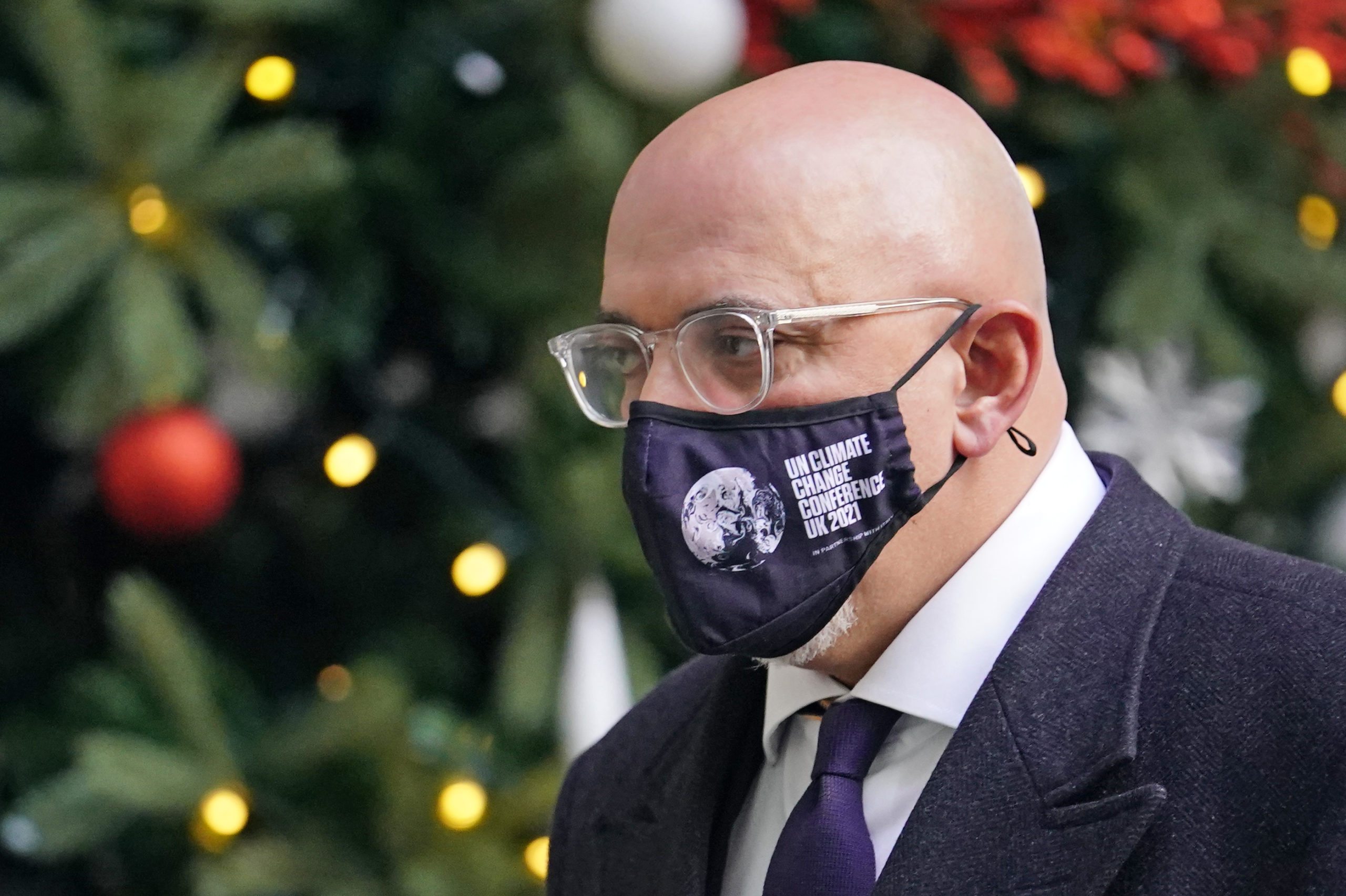 At the end of a tough week for Boris Johnson, with allegations of wrongdoing stretching from Christmas parties to wallpaper, yesterday it was revealed that the prime minister took part in a Downing Street lockdown quiz. In a picture obtained by The Sunday Mirror, Mr Johnson is sat between two colleagues in No. 10 last year, at a time when indoor household mixing was banned in London.

In response to the reports of a lockdown Christmas quiz, reported to have taken place on 15 December, Downing Street said the prime minister “briefly took part virtually” to thank staff for their hard work during the pandemic.

Defending the PM on Sky News’ “Trevor Phillips on Sunday” this morning, Education Secretary Nadhim Zahawi repeated this line and appealed to Britons “to trust their government”.

“People have been very good at understanding how to protect themselves, their family and their community, they’ve been very good at following the rules”, Mr Zahawi said. “We are now asking them again to be cautious, to be careful, and to race toward the booster and, yes, to trust their government that managed to deliver the most successful vaccination programme in history and, of course, reopened the economy so rapidly”.

Mr Zahawi was keen to point to Britain’s vaccine successes: “I feel very proud that this prime minister actually set up the Vaccine Taskforce, [and] bought 400 million-plus vaccines for the nation”.

In a grilling by Phillips, the former vaccines minister ardently defended the PM’s quiz night while the rest of the nation was under lockdown restrictions. On the photo published by The Sunday Mirror, Mr Zahawi questioned: “What do we see in that picture? We see a prime minister on a virtual quiz night for 10 to 15 minutes to thank his staff who, by the way, had no choice but to come in every single day”.

“He was sitting in his office with the two people who are closest working with him, no alcohol on the table, not drinking, on a Zoom call or Teams call, respecting the lockdown rules”.

But this revelation comes amid falling trust in Boris Johnson after “partygate” and the allegations that the prime minister’s staff broke coronavirus restrictions last year. On this, Mr Zahawi told Trevor Phillips that “The prime minister said, to the best of his knowledge, there were no parties”. He reaffirmed that “The Cabinet Secretary will investigate those allegations and will report rapidly on this”.

Nonetheless, Mr Zahawi believes that the leaked picture in The Sunday Mirror is proof of the PM’s innocence: “He didn’t attend any parties, he also said the rules were followed, which you saw in the picture today. I think the nation will understand that now because the hype around it was these parties where people thought people were mixing and lots of drinks were flowing”.

With questions on “partygate” waiting in the wings, the first half of the interview was dominated by the worrying rise of the Omicron variant. The former vaccines minister said the government is aware that Omicron is “highly infectious”, with the doubling rate is between two and three days.

On the question of whether vaccines work against Omicron, Mr Zahawi said that recent data shows that two doses of Pfizer or AstraZeneca are “not enough” to protect you from catching the variant. “But a booster does raise that protection back up to where we were, when we got to an equilibrium, between vaccine efficacy and Delta, so we need to get back to that”.

“It is a race to get all adults who are eligible to get boosted as quickly as possible, and the prime minister will say more about this today”, Mr Zahawi added.