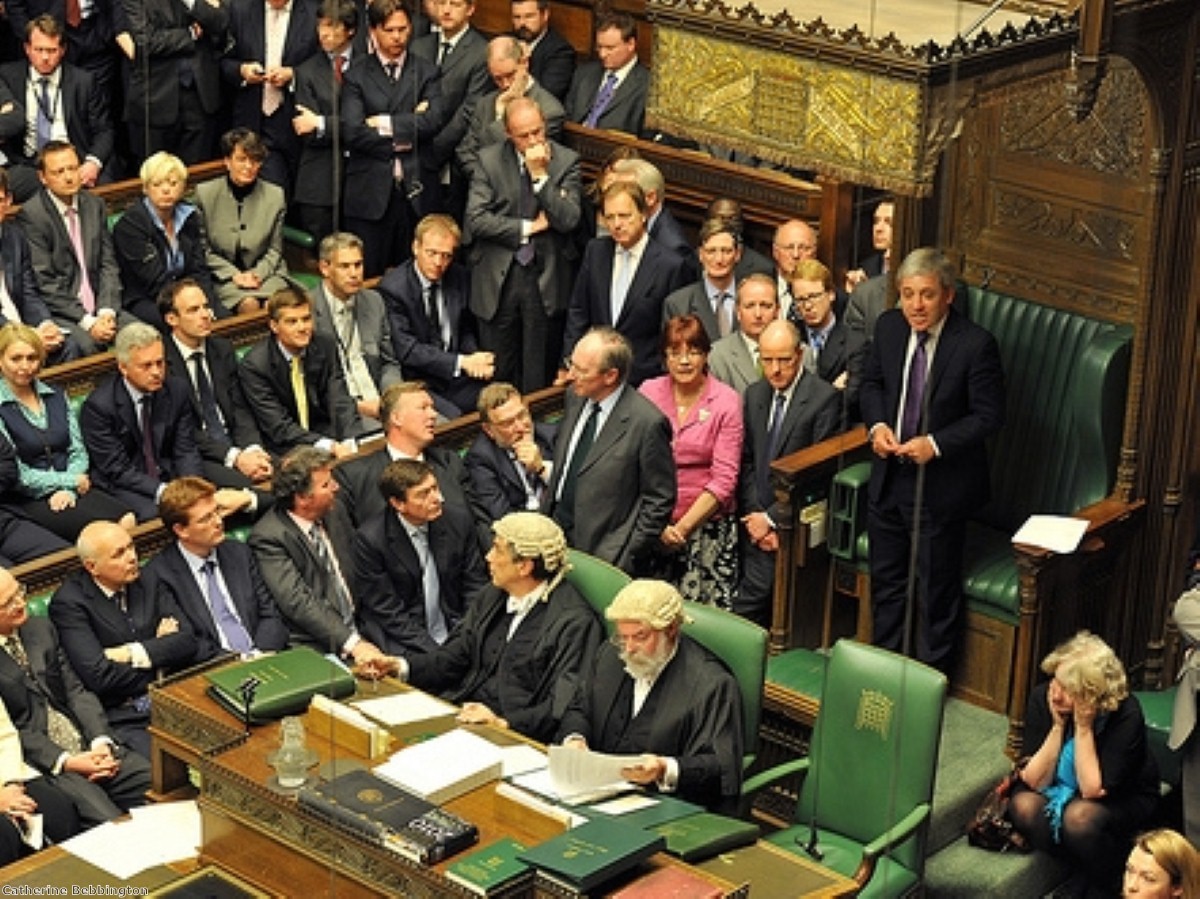 The minister who once called John Bercow a "sanctimonious little dwarf" is quitting the government to run for deputy Speaker, it has emerged.

Simon Burns, the rail minister, has resigned his job at the Department for Transport in a move which is likely to deeply concern Bercow.

But Burns' transition to the role is far from guaranteed as Nadine Dorries and Eleanor Laing are also seeking election for the job. Brian Binley, another Tory right-winger, may also put his hat into the ring.

"It has been a great honour to serve in the government under David Cameron's leadership as both the health and transport minister since the last general election," Burns said.

"I have resigned because it is time for me to move on as an opportunity has arisen to seek election to the post of deputy Speaker of the House of Commons.

"I will be putting my name forward for consideration for that post in the forthcoming deputy Speakership election."

Bercow had been on the receiving end of brazen hostility from Burns shortly after the general election.

After he rebuked the then health minister for not addressing the entire Commons when answering questions at the despatch box Burns declared the Speaker was a "sanctimonious little dwarf".

The Speaker did not hear the insult at the time, although some equality campaigners objected to the use of the word 'dwarf'.

Bercow subsequently observed to the Commons: "I have always been short – and I am entirely untroubled by the fact, which is probably as well."

Burns' bid to become one of Bercow's three deputies – the others are former Labour MPs Dawn Primarolo and Lindsay Hoyle – will worry the Speaker, who faces hostility from some Tory backbenchers.

A number of disgruntled Conservative MPs have recently begun wearing a badge emblazoned with the initials 'BOB' – 'bollocked by Bercow'.

In his reply to Burns' resignation letter, David Cameron sent a clear signal of support for his bid to undermine the Speaker.

"Whether in government or opposition, on the front bench or the backbenches, parliament is in your blood and I know you will continue to have a major influence in whatever you go on to do," the prime minister wrote.

Many observers had believed Burns was facing being sacked from the government in the rumoured autumn reshuffle.

He had faced a challenging job at the Department for Transport, advocating the controversial HS2 policy while facing criticism over the country's increasingly overcrowded railways.

Burns was left red-faced when it emerged earlier this year he uses a chauffeur-driven government car to avoid busy commuter trains.

Now he is attempting to win the deputy Speaker election after Ribble Valley MP Nigel Evans stepped aside to fight sex offence charges.

It was confirmed earlier today that Evans will have to wait until March 10th for his case to be heard. He denies two counts of indecent assault, five of sexual assault, and one of rape against seven male alleged victims.