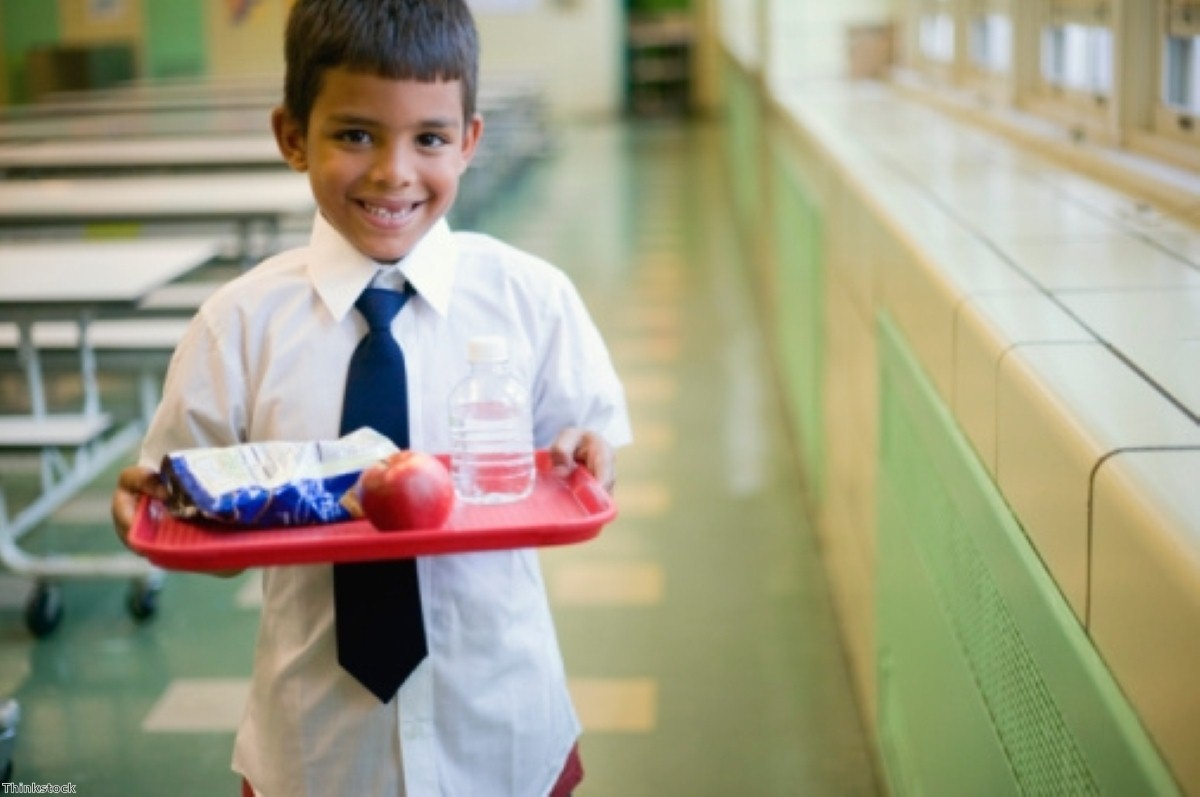 Nigel Farage has been accused of jumping on a political bandwagon after he supported a school dinner lady who was sacked for inadvertently serving a Muslim pupil pork.

Alison Waldock forgot that seven-year-old Khadija Darr should not eat pork and inadvertently gave her roast gammon, but a nearby headmistresses spotted the mistake and quickly swept the plate away.

However, the parents complained to the catering firm and Waldock was dismissed from her job of 11-years.

"We've all made mistakes in our lives and in our jobs, and I can imagine 250 kids coming through chattering, it's noisy, you've got time pressures on you, and mistakes get made.

"The reason that Alison's been sacked is that we're so terrified in this country of causing offence to anybody, particularly the Muslim religion."

Inayat Bunglawala, founder of Muslims4UK, said the sacking was an overreaction but warned that Farage was trying to make a small school incident into a political issue about multiculturalism.

"If mistakes are made, then we'd expect employers to resolve this in a sensible manner," he said.

"I am a bit concerned that a leader of a political party would seek to make capital out of this, because it is a minor issue, it does need resolving, I'm concerned by Nigel saying that people are becoming overly sensitive to Muslim communities, I think that makes it a far more divisive issue than it needs to be."

Farage replied: "No, I think it's important, because I think actually what's been happening with this whole politically correct agenda is lots of decent ordinary people are losing their jobs and paying the price for us being terrified of causing offence.

"There was nothing malicious or deliberate in this, and this isn't just Alison, this is happening to scores of people every month up and down the country, she's just got the courage to come and talk about it."

"The actual tone of the billboards is nasty, unpleasant, Big Brother," he said.

But despite his views on the vans, Farage has secured valuable political support by vocalising the concerns of many voters about immigration and multiculturalism.

One of Ukips' official policies is for asylum seekers to be put in camps while applications are evaluated.